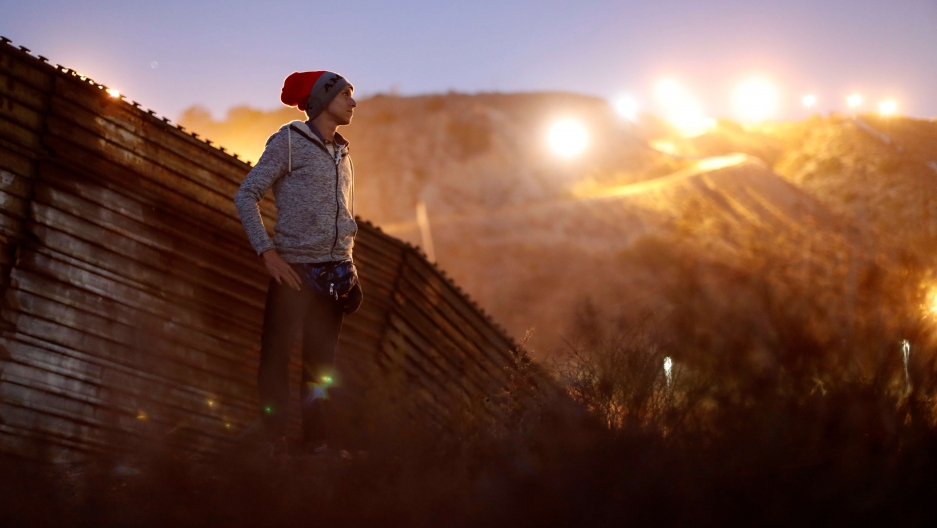 A migrant from Honduras, part of a caravan of thousands traveling from Central America en route to the United States, poses in front of the border wall between the US and Mexico in Tijuana, Mexico, Nov. 23, 2018.

Two Honduran teenagers who traveled as part of a migrant caravan in hopes of reaching the United States were killed this week in the Mexican border town of Tijuana. Less than 48 hours later, the Trump administration announced a new policy that would force migrants seeking US asylum to wait in Mexico until a US judge rules on their cases.

It’s one of the most sweeping changes to US asylum policy in decades. Under the plan — which is officially called the Migration Protection Protocols but better known by its earlier name, “Remain in Mexico” — migrants will likely be stranded in Mexico for months, possibly years, while their cases play out in US courts.

The boys' deaths are a sobering reminder of the dangers asylum-seekers may face while waiting in violent Mexican border regions, where cartels and smugglers have big operations. Migrants are especially vulnerable to being kidnapped and held hostage for ransom by criminal groups because they don’t have ties to the community or a safe place to sleep. Fear of such crimes is what led thousands of Central Americans to travel to Tijuana, which borders San Diego, California, instead of the much closer Texas border crossings — because, while dangerous, Tijuana is less dangerous than areas along the Texas border.

The boys' deaths are a sobering reminder of the dangers asylum-seekers may face while waiting in violent Mexican border regions, where cartels and smugglers have big operations.

Immigrant advocates, who say the Trump administration's new plan is illegal, say they’re worried about where asylum-seekers — many of whom are families — will stay in Mexico while their cases are processed. And they say that it could fundamentally hurt their chances of winning asylum because it will make it harder to get legal help.

Related: How seeking asylum works at the US border

Gretchen Kuhner, director of the Mexico City-based Institute for Women in Migration, said the policy “will extremely limit people’s ability to access asylum in the United States.”

Those questions do not yet have answers. Under current US immigration law, asylum-seekers who cross the southern border — whether legally or illegally — must then pass a “credible fear” screening that shows they fear returning to their home countries. They may stay in the US while their cases are decided — a process that routinely takes years. Under the new plan, they would still need to undergo a credible fear test given by US officials but would stay in Mexico even if they pass. It goes into effect immediately, Department of Homeland Security officials said Thursday.

The two boys killed Tuesday appear to be the first from this year’s migrant caravans to be killed in Mexico. Mexican police say they were stabbed and strangled in an attempted robbery. A third boy was also attacked and survived.

The murders struck a nerve with migrants who traveled within the caravans. At Tijuana’s El Barretal migrant shelter, a former concert venue where around 2,000 Central Americans are living, people have been talking about the murders all week. It reinforced their fears about Mexico.

“People don’t want to stay in Mexico because it isn’t safe. They’re being killed, just like in Central America,” said Maria, a woman who traveled from Honduras with her two daughters, 11 and 20.

Maria is not her real name. She’s afraid to use it. She said gangs killed her husband in Honduras in January, and she worries they’ll track her and her daughters down in Mexico. So she keeps a low profile at the shelter, where something of a mini-village has emerged: mothers watch over their kids, young men bet small amounts of money over card games, and volunteers sweep away trash. 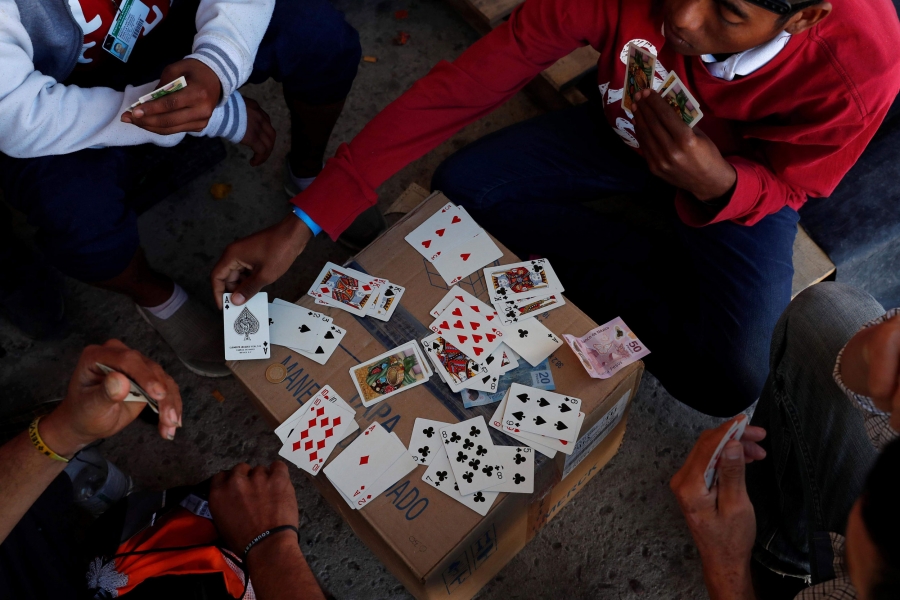 Migrants, part of a caravan of thousands from Central America trying to reach the United States, play cards in a temporary shelter near the US border in Tijuana, Mexico, on Dec. 19, 2018.

The announcement came after weeks of speculation around a plan in the works between the Trump administration and Mexican President Andrès Manuel López Obrador, who took office Dec. 1. But Homeland Security Secretary Kirstjen Nielsen described the plan as being unilaterally taken by the US.

She said many migrants falsely claim asylum and then disappear into the United States before a judge decides on the merits of their claims. The new policy is meant to discourage that practice, she added.

“The caravans, the so-called caravans headed towards our country have highlighted how out of control the situation has become,” she said.

The number of illegal border crossings into the US from Mexico has been declining for years. Border Patrol apprehended more than 200,000 people in 2000 compared to less than 50,000 this year. At the same time, the number of asylum claims has skyrocketed to historic levels — and it’s the asylum claims that the Trump administration wants to clamp down on. Those who successfully win asylum are allowed to permanently reside in the United States.

The most shocking thing about the new asylum policy, experts say, is that the Mexican government is agreeing to it. Obrador, who is known by his initials, AMLO, campaigned as someone who would stand up to Trump.

“So far it seems as though Mexico is acquiescing to this,” said Duncan Wood, head of the Mexico Institute at the Washington, DC-based Wilson Center. “There will be elements from [Lopez Obrador’s] own party that say, ‘Why are we giving into the Americans? Why are we doing the Americans’ dirty work?’”

The Mexican government said Thursday it would offer humanitarian and work visas to migrants waiting for their asylum cases to be decided in the US, but didn’t say where they would be housed or what kinds of resources they would be given. Meanwhile, the head of Mexico’s National Institute of Migration said the country does not have capacity in the short term to care for migrants as they await US asylum.

There’s also the question of whether Mexico can keep asylum-seekers safe, especially in violent border cities. Rights groups have long said Mexico is not a safe country for migrants.

Maria had no idea about the new US policy requiring asylum-seekers to stay in Mexico while their cases are decided. And when I tell her, she can’t believe it.

Maria, who plans to seek US asylum, wants to enter the United States the legal way, at an official border crossing. When she got to Tijuana, she put her name on a waitlist. But that list is months long. Because of that, Maria will likely be subject to the new policy.

Migrants who have already entered the US illegally can stay in the country while their asylum cases are decided. That’s why, for migrants, it often doesn’t pay to play by the rules, said Eric Olson, director of the Seattle International Foundation’s Central America-DC platform.

“So we continue to muddle along with a broken immigration system that creates these ironic and unfortunate results — people who play the rules kind of get stuck in the long run, and those that don’t, might get away with it,” he said.

In the meantime, this latest policy will be challenged in court. Rights groups including the American Civil Liberties Union, Amnesty International and Kids in Need of Defense have already questioned its legality, calling it “dangerous” and "deadly."