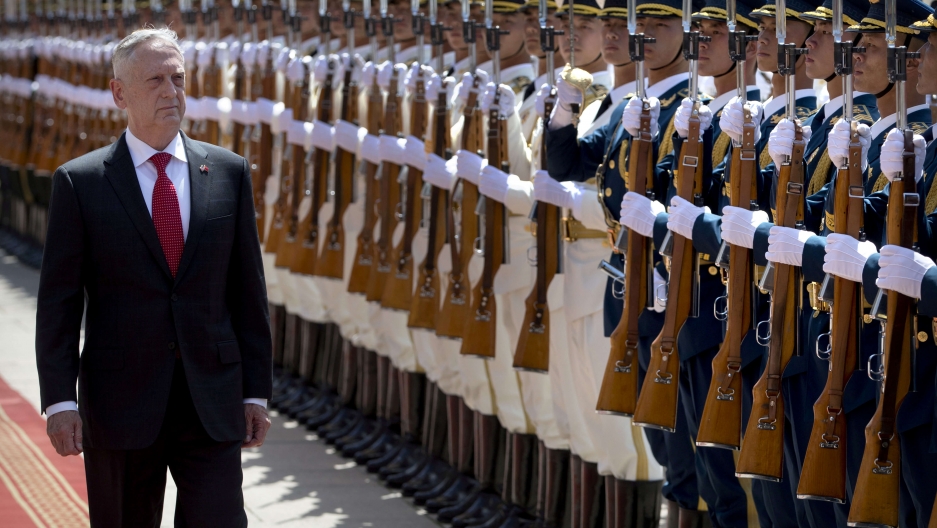 US Defense Secretary Jim Mattis reviews a Chinese honor guard during a welcome ceremony at the Bayi Building in Beijing, Wednesday, June 27, 2018.

US Defense Secretary Jim Mattis abruptly said he was quitting on Thursday after falling out with President Donald Trump over his foreign policies, one day after Trump rebuffed top advisers and decided to pull all US troops out of Syria.

Mattis announced plans to resign in a candid resignation letter to Trump that laid bare the growing divide between them, and implicitly criticized Trump's disregard for America's closest allies. He released the letter after a face-to-face meeting with Trump in which the two men also aired their differences, a senior White House official said.

"Because you have a right to a Secretary of Defense whose views are better aligned with yours on these and other subjects, I believe it is right for me to step down from my position," Mattis said in the letter.

US officials said the resignation had not been forced by Trump. 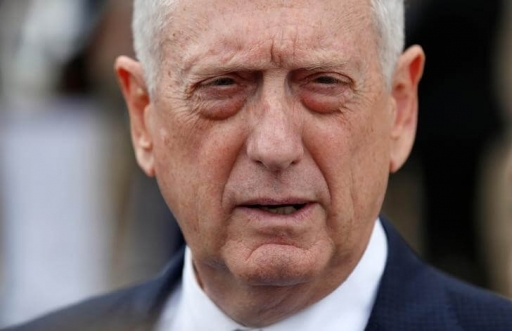 Secretary of Defense Jim Mattis speaks with the media before an enhanced honor cordon arrival of Greek Minister of Defense Panagiotis Kammenos at the Pentagon in Washington, US, Oct. 9, 2018.

Trump announced on Wednesday that US troops in Syria would be withdrawn, a decision that upended American policy in the region. On Thursday, officials said the president was considering defying Mattis again by ordering a substantial US pullout from the 17-year-long conflict in Afghanistan.

Mattis, a retired Marine general whose embrace of NATO and America's traditional alliances often put him at odds with Trump, had advised against the Syria withdrawal. One official said it was a contributing factor to his resignation.

The news is certain to shock US military allies, already bewildered by what they see as Trump's unpredictable, go-it-alone approach to global security, and raises questions about whether Mattis' successor will be as steadfast about traditional treaty commitments, including to NATO.

When Mattis interviewed with Trump for the job in 2016, he split with the president-elect on a host of issues, including on NATO and the use of torture. Trump ultimately deferred to Mattis, who opposed the latter, signaling that he could be persuaded by his advisers.

But as time grew, Trump increasingly acted on his own instincts on a host of national security issues, choosing an "America First" agenda that contradicted Mattis' core beliefs.

Mattis' letter indicated that he disagreed with Trump's isolationist policies, writing that it was his belief the United States needed to maintain strong alliances and show allies respect.

Trump has withdrawn the United States from several international agreements since taking office in January 2017.

The Mattis resignation letter also said that he believed the United States "must be resolute and unambiguous in our approach to those countries whose strategic interests are increasingly in tension with ours." He identified Russia and China as countries that "want to shape a world consistent with their authoritarian model." 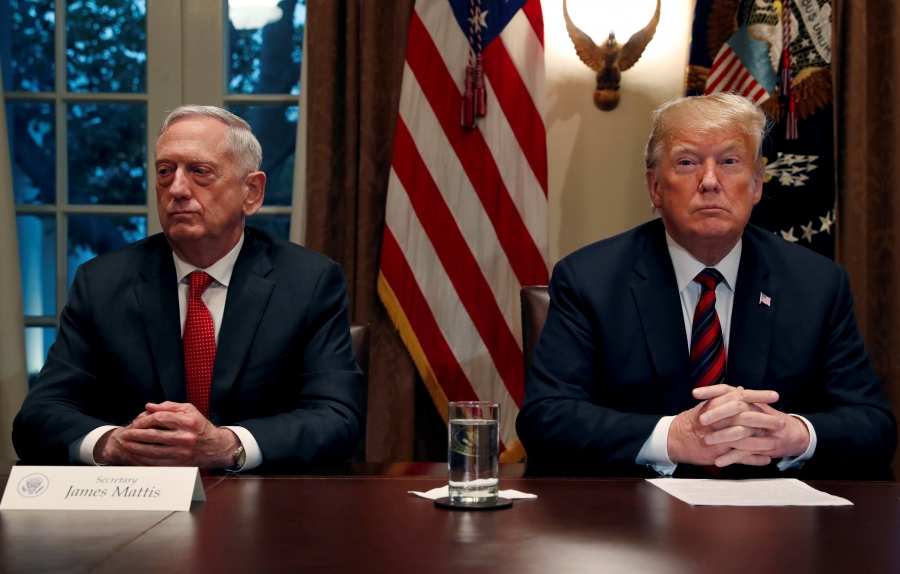 US President Donald Trump speaks to the news media while gathering for a briefing from his senior military leaders, including Defense Secretary James Mattis, in the Cabinet Room at the White House in Washington, US, Oct. 23, 2018.

The shifts in significant aspects of US foreign policy  and Mattis' addition to the long list of senior Trump administration figures who have quit or been removed added to the sense of an increasingly unpredictable White House as Trump approaches the halfway point of his four-year term.

And if defense policy disagreements were not enough distraction for a president who is under investigation by a special counsel over Russian interference in the 2016 US election, financial markets took a beating this week and a US government shutdown loomed because of funding disputes over Trump's desire to build a wall on the US-Mexico border.

This year has been the worst for world stock markets since the 2008 global financial crisis, with MSCI's 47-country world stocks index down 10 percent. 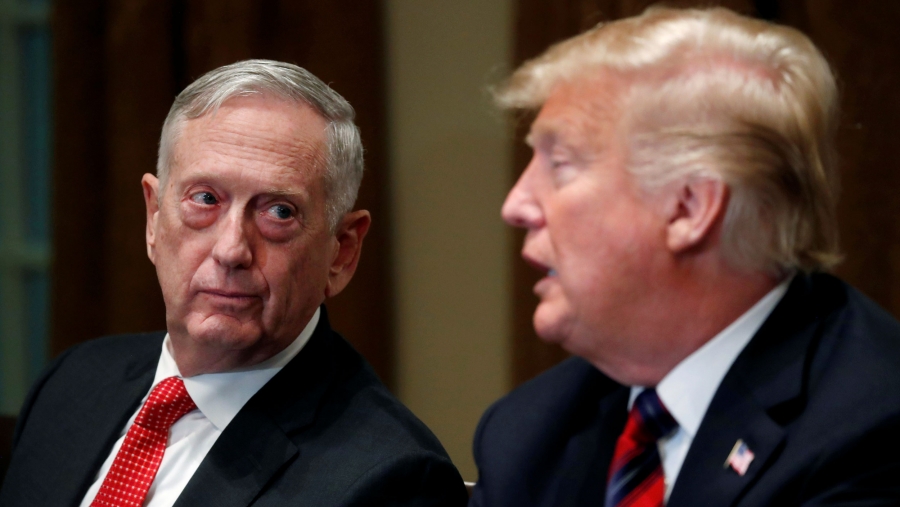 US Defense Secretary James Mattis listens as President Donald Trump speaks to the news media while gathering for a briefing from his senior military leaders in the Cabinet Room at the White House in Washington, D.C., on Oct. 23. Mattis announced his resignation Dec. 20 and said he would be leaving the administration in February.

Trump, announcing Mattis' departure on Twitter, said he would nominate a successor soon.

"General Jim Mattis will be retiring, with distinction, at the end of February, after having served my Administration as Secretary of Defense for the past two years," he said.

One possible candidate to replace Mattis as defense chief could be Republican Senator Tom Cotton, long considered a front-runner to eventually take the role.

Trump's White House has had the highest turnover of senior-level staff of the past five presidents, according to the Brookings Institution think tank.

Some departed unceremoniously, such as Trump's first Secretary of State Rex Tillerson, whom Trump fired via Twitter in March.

Speculation that Mattis might not last long in his post grew in October when Republican Trump said in a CBS interview that the general was "sort of a Democrat" and might be leaving. Mattis responded at the time by telling reporters that he had Trump's full support.

Stephen Miller, a senior White House adviser, said Trump was entitled to a Pentagon chief with whom he could agree.

Mattis had argued for maintaining a strong US military presence in Afghanistan to bolster diplomatic peace efforts.

US officials who spoke on condition of anonymity said thousands of the 14,000 troops in Afghanistan could be sent home.