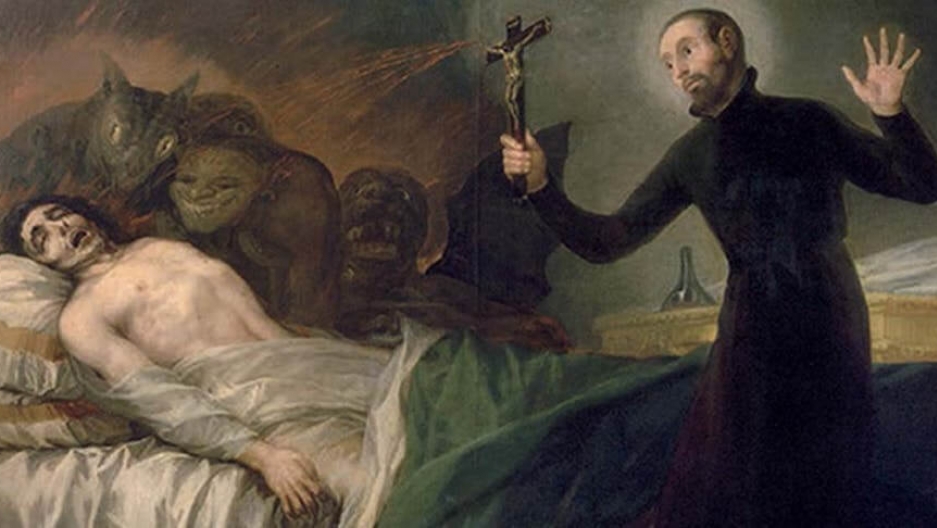 “The Exorcist,” a horror film released 45 years ago, is a terrifying depiction of supernatural evil. The film tells the story of a young American girl who is possessed by a demon and eventually exorcized by a Catholic priest.

Many viewers were drawn in by the film’s portrayal of exorcism in Christianity. As a scholar of Christian theology, my own research into the history of Christian exorcisms reveals how the notion of engaging in battle against demons has been an important way that Christians have understood their faith and the world.

Related: How views on priestly celibacy changed in Christian history

The Bible’s account of the life of Jesus features several exorcism stories. The Gospels, reflecting views common in Judaism in the first century AD, portray demons as spirits opposed to God that haunt, possess or tempt people to evil.

Possessed individuals are depicted as displaying bizarre and erratic behaviors. In the Gospel of Luke, for example, a boy is possessed by a demon that makes him foam at the mouth and experiences violent spasms. Jesus is shown to have a unique power to cast out demons and promises that his followers can do the same.

In the centuries that followed, accounts of using Jesus’ name for casting out demons are common. Origen, an early Christian theologian, writing in the second century, explains how the name of Jesus is used by Christians to expel “evil spirits from … souls and bodies.”

Over the years, exorcism came to be associated more widely with the Christian faith. Several Christian writers mention exorcisms taking place publicly as a way to convince people to become Christians. They argued that people should convert because the exorcisms Christians performed were more effective than those of “pagans.”

Early Christian texts mention various exorcism methods that Christians used, including making the sign of the cross over possessed persons or even breathing on them.

Beginning some time in the early Middle Ages, specific priests were uniquely trained and sanctioned for exorcism. This remains the case today in Roman Catholicism, while Eastern Orthodox traditions allow all priests to perform exorcisms.

Early Christians also practiced what is sometimes called a “minor exorcism.” This type of exorcism is not for those considered to be acutely possessed.

This took place before or during the ritual of baptism, a ceremony whereby someone officially joins the Church. The practice emerges from the assumption that all people are generally susceptible to evil spiritual forces. For this reason some sort of prayer or statement against the power of the devil would often be recited during catechesis, a period of preparation prior to baptism, baptism, or both.

Between the 15th to 17th centuries, there was an increased concern about demons in Western Europe. Not only are there abundant accounts of priests exorcizing individuals from this time period, but also of animals, inanimate objects and even land.

The narratives are also much more detailed. When someone possessed by a demon was confronted by an exorcist priest, it was believed that the demon would be aggravated and cause the individual to engage in more intense and violent behavior. There are reports of physical altercations, floating around the room, and speaking or screaming loudly and angrily during the exorcism process.

Protestants, who were skeptical of many Catholic rituals, combated demonic possession with more informal practices such as impromptu prayer for the afflicted individual.

During the Enlightenment, between 17th to 19th centuries, Europeans began to cast doubt on so-called “superstitious” elements of religion. Many intellectuals and even church leaders argued that people’s experiences of demons could be explained away by psychology and other sciences. Exorcism began to be viewed by many as unnecessary or even dangerous.

Related: Are Christmas trees religious? Well, yes … and no.

Many Christian denominations still practice some form of minor exorcism. Before people are baptized in the Episcopal Church, for example, they are asked: “Do you renounce Satan and all the spiritual forces of wickedness that rebel against God?”

The Catholic Church still has an active ministry devoted to performing exorcisms of possessed individuals. The current practice includes safeguards that require, among others, persons suspected of being possessed to undergo a medical and psychiatric evaluation before an exorcism takes place.

Exorcism is particularly common in Pentecostalism, a form of Christianity that has grown rapidly in recent decades. This branch of Christianity emphasizes spiritual experience in everyday life. Pentecostals practice something akin to exorcism but which is typically called “deliverance.” Pentecostals maintain that possessed persons can be delivered through prayer by other Christians or recognized spiritual leader. Pentecostalism is an international Christian tradition and specific deliverance practices can vary widely around the world.

In the United States, belief in demons remains high. Over half of all Americans believe that demons can possess individuals.

So, despite modern-day skepticism, exorcism remains a common practice of Christians around the world.

S. Kyle Johnson is a doctoral student in systematic theology at Boston College.