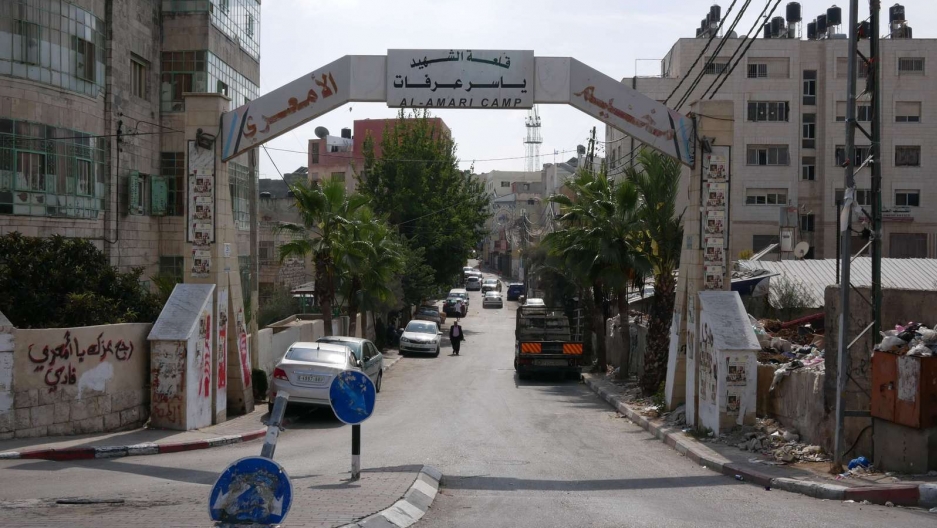 The al-Amari camp in the West Bank has felt the effects of the reduction in US funding to the UN agency that helps Palestinian refugees.

The United Nations agency that provides aid to Palestinian refugees says it has managed to fill a shortfall after the US cut $300 million in support. But these sudden cuts have rattled the agency and the people who depend on it.

In the UN-run clinic in the al-Amari refugee camp near Ramallah in the West Bank, Faris Khalil waits to see the doctor.

He says he came to ask if his son can get a gastroscopy — an exam of the esophagus. Doctors outside the camp have told Khalil it will cost roughly $480 dollars. The UN provides Palestinian refugees with healthcare, education and aid for the needy. But lately, it has cut back some of its medical services in the camp. Khalil is out of luck.

The Trump administration stopped funding the UN Relief and Works Agency, or UNRWA, in August, saying it serves an “endlessly and exponentially expanding community” of beneficiaries. When Israel was founded in 1948, hundreds of thousands of Palestinians fled or were forced from their homes. Now, the UN counts them and their descendants as refugees — and all together it’s about 5.4 million people living mostly in the West Bank, Gaza Strip and neighboring countries.

“I am from Qalunya,” Khalil says, referring to a village near Jerusalem destroyed by Israeli forces in 1948. Today Israeli towns sit on that land. Palestinians insist on the right of return to their homes lost in 1948, or compensation for their property. Israel says that won’t happen.

Taha al-Biss, a leader in this camp of 8,000 people, says he can see signs UNRWA is reducing costs. The agency has eliminated more than 200 jobs in the West Bank and Gaza Strip, including trash collectors in al-Amari. So plastic bags and garbage pile up along the roads. Biss says UNRWA is also providing less expensive drugs at the clinic to save money. A UNRWA spokesman confirmed the agency is exploring cheaper options for medication. 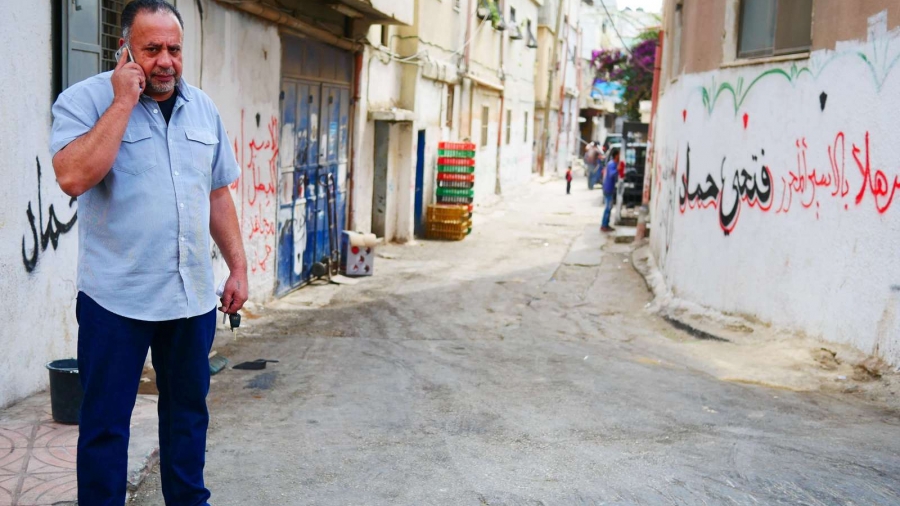 Taha al-Biss, a leader in al-Amari camp, walks along a street riddled with cracks and frequently inundated with sewage. He says many Palestinians worry that UNRWA has increased class size in schools it runs. He believes US reductions in funding to UNRWA have a deeper purpose: to eliminate the agency.

Steps from the clinic, two sisters run two shops, side by side. Nihaya Yusuf Abu Aarad sells sage, pomegranates, hot pepper, parsley and mint, all from the West Bank.

“I do not buy any Israeli fruits. I’m against buying from Israel,” she says.

There are few customers today. Abu Aarad lives here and she says money’s tight since the US cuts. And she says UNRWA is critical.

“I think minimal healthcare is necessary for certain people,” Abu Aarad says. “There are extremely poor refugees who need healthcare, who need medicine.”

Next door, her sister Fardous Zaki Silhiya sells plates, jugs, baskets and blankets. Many goods are made in Israel. Business is slow but there are some buyers. 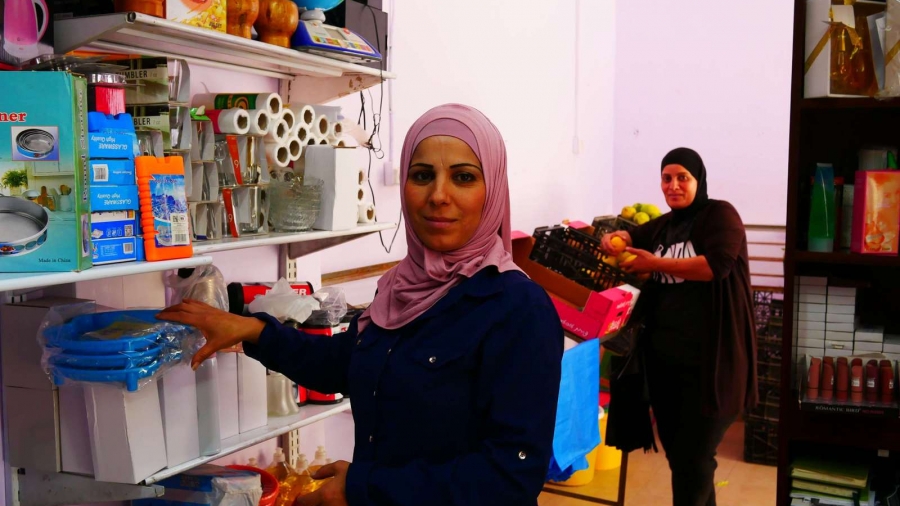 Sisters Fardous Zaki Silhiya, left, and Nihaya Yusuf Abu Aarad, run shops side by side in al-Amari refugee camp and hold opposite views on whether UNRWA's work should continue.

Silhiya keeps her money in an old ammunition box an Israeli soldier left behind during a raid of the camp. She’s also pragmatic when it comes to her family: She moved out of the camp and enrolled her four kids in private school. She says Palestinians are too focused on the refugee issue when the real challenge is the restrictions Israel’s military rule imposes — like blocking roads between major cities in the West Bank.

“Instead of worrying about UNRWA and keeping UNRWA, refugees and Palestinian people should worry more about lifting the checkpoints and lifting the prisons they live in,” Silhiya says.

The White House is reportedly planning to raise the idea at the UN to narrow the definition of refugees to be only the people who left their homes in 1948. For most Palestinians that’s a non-starter.

Silhiya sees things differently. She and her husband are both refugees. But she says renewing their cards that entitle them to benefits was so cumbersome, they didn’t bother.