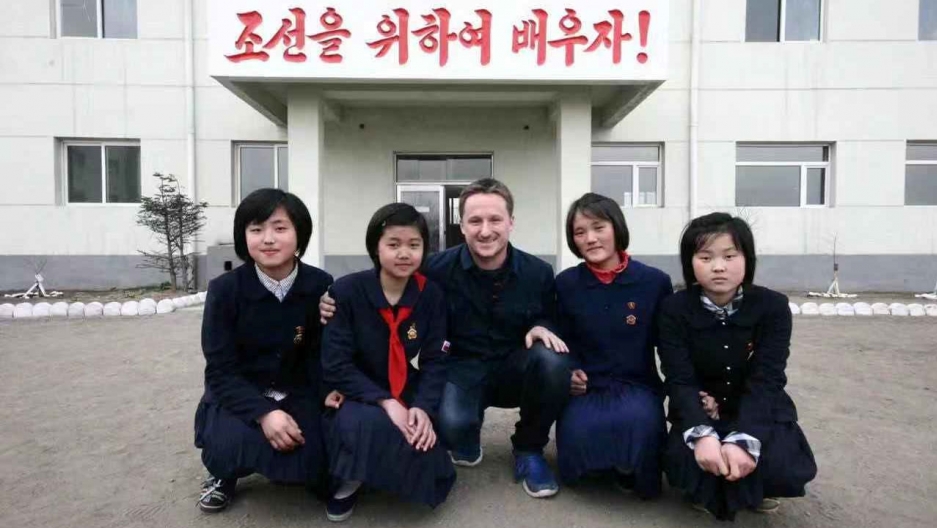 Canadian businessman Michael Spavor, who worked with North Korea, is being investigated on suspicion of harming China's security, China said on Thursday, days after a former Canadian diplomat was detained in an escalating diplomatic row.

The state security bureau in the northeastern Chinese city of Dandong, which borders North Korea, has been investigating Spavor since Dec. 10, an official news site for the Liaoning province government said.

It gave no further details.

The announcement follows the detention in Beijing on Monday of former diplomat Michael Kovrig, who works for the International Crisis Group (ICG).

State media in China has reported Kovrig is being investigated on the same charges.

"The legal rights and interests of these two Canadians have been safeguarded," Lu told a daily news briefing. "These two cases are in the process of being investigated separately."

The Canadian embassy has been notified of the detentions, he added, declining to provide further details of the investigations.

Lu said he had not heard of any other cases of Canadians being investigated.

China has reacted angrily to Canada's arrest on Dec. 1 of Chinese executive Meng Wanzhou, the chief financial officer of Huawei Technologies, and Spavor's investigation is likely to escalate the diplomatic row.

Meng's arrest was made at Washington's request. She has been accused by US prosecutors of misleading banks about transactions linked to Iran, putting the banks at risk of violating sanctions.

Officials say China had not tied Kovrig's detention to Meng's arrest, though Canadian diplomatic experts have said they have no doubt the two cases are linked.

Asked if Meng's release would see the two Canadians released, Lu reiterated that Meng's arrest was mistaken action and Canada should immediately let her go.

He said authorities had taken measures "according to the law" in the Canadians' cases, and China welcomed foreign visitors, and they had nothing to fear so long as they obeyed the law.

Hu Xijin, editor of the state-backed Global Times, a nationalistic tabloid, said on the Weibo social media platform the Chinese government would never concede that the Canadians' detentions were related to Meng's case.

"But the use of a complete set of laws to prove the rationale for arrest is one and the same as what the US and Canada did to Meng Wanzhou," he wrote.

Canada has been unable to contact Spavor since he notified the government that he was being questioned by Chinese authorities, Foreign Ministry spokesman Guillaume Berube; said in statement issued in Canada.

Canadian officials were working hard to ascertain Spavor's whereabouts and would continue to raise the issue with the Chinese government, Berube said.

Friends of Spavor told Reuters he was due to fly out of Dalian, in Liaoning province, on a Korean Air flight to South Korea at 2:05 p.m. on Monday but had not arrived.

Kovrig and Spavor were acquainted, according to people who know them, although there has been no official indication from China that their cases are linked or are related to North Korea.

Kovrig had carried out research on China's diplomatic ties to North Korea in his work on security issues for the ICG, a think-tank focusing on conflict resolution.

Spavor, who is based in Dandong, is the head of Paektu Cultural Exchange, a China- and UK-based non-profit social enterprise.

The group says on its website it is "dedicated to facilitating sustainable cooperation, cross-cultural exchanges, activities, trade, and investment" with North Korea.

It also says it maintains an "array of contacts" within North Korea and is "nonpolitical."

Spavor has acted as a translator and facilitator for former US National Basketball Association star Dennis Rodman on trips to North Korea and shared Long Island Iced Teas with North Korean leader Kim Jong-un on board one of his private boats after they went jet-skiing in 2013.

More recently, he has been trying to facilitate investment in North Korea in anticipation of sanctions being lifted, often hosting both North Korean officials and potential investors at his office in Dandong, as well as on trips inside North Korea, Spavor told Reuters in earlier interviews.

A US-based friend of his told Reuters that Spavor was involved in a few projects in North Korea, including sporting exchanges and trying to broker investment, though given UN sanctions that was a challenge.

"It was as far as I know pretty anodyne stuff," the friend said, speaking on condition of anonymity.

"He is a very gregarious, affable guy and Korea watchers know him and like him. North Koreans seem to like him a lot too. I'm not sure what he could have done to get in this sort of situation."

China's foreign ministry suggested on Wednesday that Kovrig might have broken laws on non-governmental organizations if he was conducting work in China for the ICG, which is not registered.

Reuters could not find a registration for Spavor's group on government databases for NGOs or social enterprises.

By Christian Shepherd and Michael Martina/Reuters