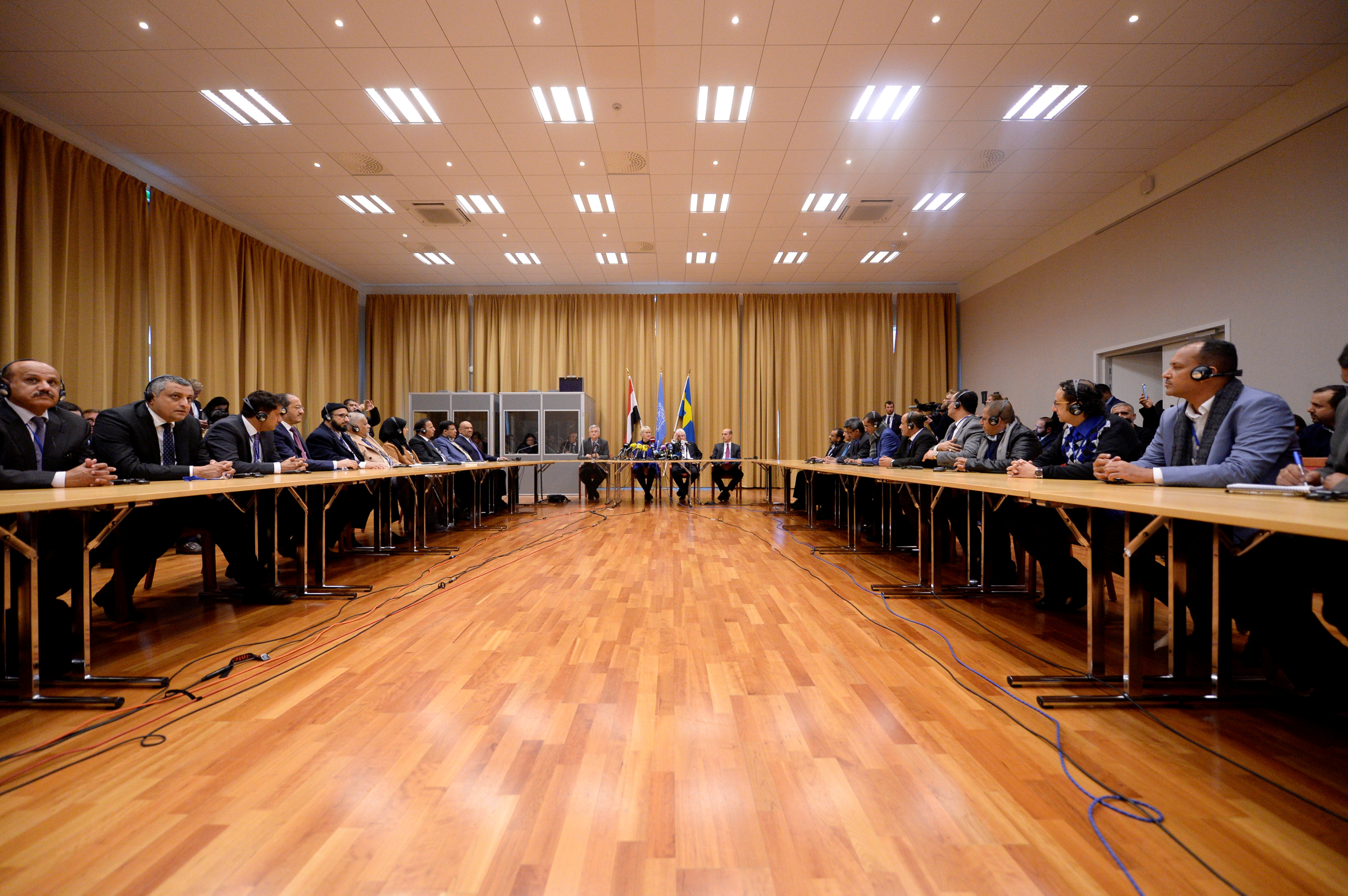 Thousands of Yemenis are expected to be freed after a meeting that was two years in the making.

United Nations negotiator Martin Griffiths, the UN Special Envoy to Yemen, got opposing sides in that country's civil war to go to a conference center an hour outside Stockholm. In a matter of days, the delegations agreed to exchange thousands of prisoners captured during Yemen's civil war.

The two delegations last met in 2016. On Wednesday, representatives of the Yemeni government, headquartered in Saudi Arabia, were flown in from Riyadh. The rebel government representatives, escorted by Griffiths, boarded a UN plane from the Yemeni capital, Sanaa.

Then on Thursday, the government side and the rebel side, agreed to the first of several UN-proposed confidence-building measures: the prisoner swap.

The International Committee of the Red Cross said at least 5,000 would be freed.

“The prisoner swap is actually big news and it especially means a lot to Yemenis,” Hisham Al-Omeisy told The World from his home in exile in Cairo. "I was detained myself."

Omeisy, a Yemeni political analyst and one-time political prisoner, was taken from his home in the Yemeni capital by secret police in 2017. He was released in January 2018 after five months last year in a security prison run by Yemen's Houthi rebels.

He’s pleased to see warring parties agree to a potential release of thousands of prisoners. And he says it is likely welcome news for most Yemenis, regardless of which side they’re on.

"I remember what my family had to go through during my detention,” he said. “They constantly worried that I wasn't going to make it alive out of the prison. They didn't even know where I was.”

Omeisy, who was released in January this year, talks about his confinement without hesitation now. But it took him months to speak publicly about what happened to him.

“I was kept in a dungeon for five months — solitary confinement," he told The World. "It was a one meter by one and a half meter cell. I had no windows. There was no light for the first two weeks and I was literally buried alive."

After he was released, Omeisy said people often asked if he wanted revenge against the Houthis.

"I kept insisting on repeating that I don't want vengeance, I don't want revenge," he said. "What has happened has already happened. Let's try and promote peace.”

Omeisy said that rather than seek vengeance and rejoin the fighting, released prisoners of war may well want to return to their families and to live in peace.

“There have been a lot of deep grievances in Yemen," he said. "One of them was the extra-judicial detentions and the forcible disappearance of thousands of people. If you release them you win over people.”

Omeisy sees a peace deal as a still-distant goal for Yemen. But a prisoner release is a solid first step for warring parties that do not yet trust one another to negotiate a ceasefire in good faith.

“So to my family, to the prisoners inside those cells, it means a lot that there was a breakthrough, that there's going to be a prisoner swap," he said. "The prisoner swap is going to mean, basically, giving them a second chance at life.”