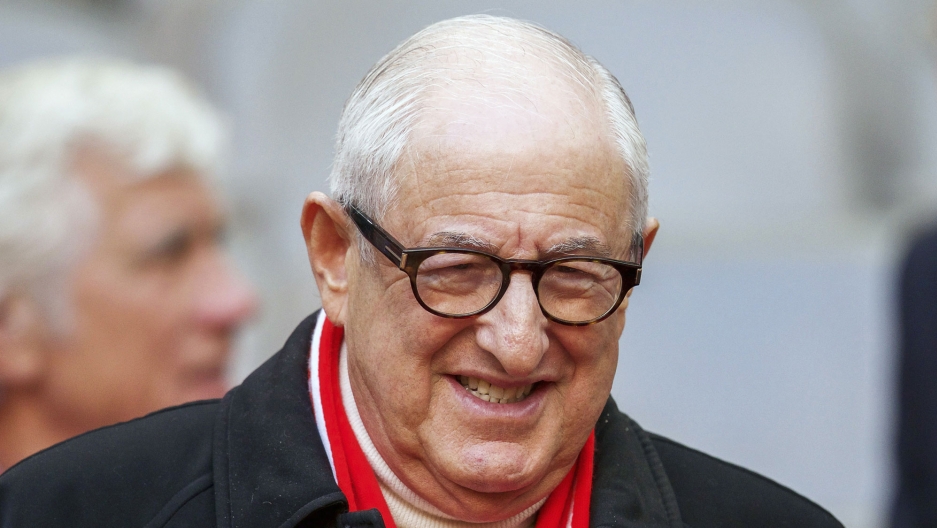 Salo Muller is pictured in Amsterdam in 2016.

During World War II, hundreds of thousands of Jews in the Netherlands paid for the train, operated by the Dutch state-run company NS, which later deported to them death camps. The parents of Holocaust survivor Salo Muller were on one of those trains.

Related: Dutch railway to pay compensation to survivors and relatives of the Holocaust

After seeing France’s rail company, SNCF, pay a compensation fund to Jewish survivors in the United States, Muller decided to act. He met with the director of NS and discussed performing a similar action for Jewish families in the Netherlands.

And at the end of November, he won that campaign. NS set up a commission to compensate Holocaust survivors and their immediate family.

Muller is well-known in the Netherlands as the former physiotherapist for the famous Dutch soccer team, Ajax. He’s also the author of his memoir, “See You Tonight and Promise to be a Good Boy,” which were also his mother's last words to him she was taken away by the Nazis.

To hear more about Salo Muller’s life during and after the war, listen to the interview above.