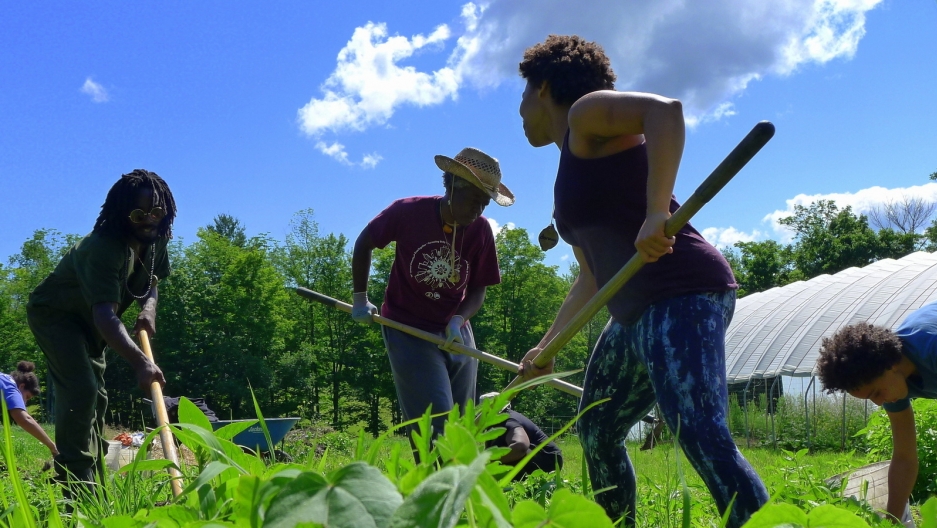 Soul Fire Farm aims to dismantle racism within the food system while reconnecting people of color to the earth.

Soul Fire Farm in upstate New York is dedicated not only to growing food but also cultivating environmental-, racial- and food-justice. Its farmers aim to dismantle racism within the food system while reconnecting people of color to the earth.

Leah Penniman has written a new book, "Farming While Black: Soul Fire Farm's Practical Guide to Liberation on the Land," which documents her work at Soul Fire Farm — a collective of diverse farmers — and explores some of the long history of farming by people of color.

Penniman says nature was her only solace as a child in one of the only brown families in a rural, white town. Her family was subjected to harassment and abuse, so in the absence of peer connection, she found support and love in nature. A summer job at the The Food Project in Boston, growing vegetables to serve the homeless and victims of domestic violence, confirmed that this was her path.

“There was something so good about the elegant simplicity of planting and harvesting and providing for the community,” Penniman said. “That was the antidote I needed to all the confusion of the teenage years. So, I've been farming ever since.”

Related: After a century in decline, black farmers are back and on the rise

Penniman says she wrote the book to her “younger self.” After a few years of farming, she would attend organic farming conferences and find that all the presenters were white and all the books written by white people — mostly white men.

“I started to feel this real crisis of faith in my choice to become an organic farmer — wondering, as a brown-skinned woman, whether I had any place in this movement, if I was being a race traitor and I should focus on housing issues, which are equally important, or some other issues,” she said. “In putting together this book, I was really thinking about myself as a 16-year-old and all the returning generations of black- and brown-farmers who need to see that we have a rightful place in the sustainable farming movement that isn't circumscribed by slavery, sharecropping and land-based oppression — that we have a many, many thousand-year noble history of innovation and dignity on the land.” 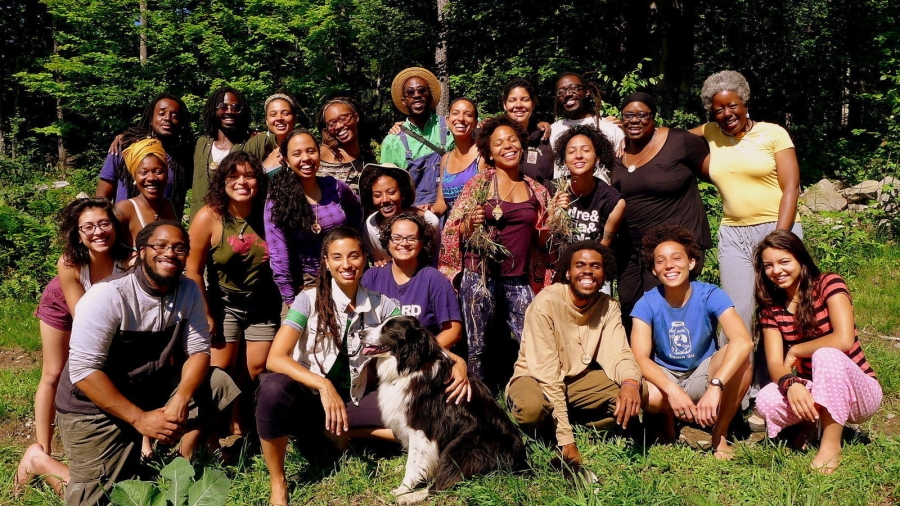 Soul Fire Farm now has a long waiting list for their black- and brown-farmer training programs.

More importantly, Soul Fire Farm now has a waiting list many years long for their black- and brown-farmer training programs. Penniman felt she didn't want to be a “gatekeeper to this really important practical knowledge or the historical and psycho-spiritual knowledge. Putting it in a book lets a lot more folks have access to the things we've learned over a decade of practice at Soul Fire Farm.”

Penniman says she receives thousands and thousands of phone calls and emails from people of color who say, "'I need to learn to farm. I want to do it in a culturally relevant, safe space. I want to learn from people who look like me.'"

“It seems that we have realized, as a generation, that we left something behind in the red clays of Georgia and we want to get it back, and so we're doing our best to respond to that call at Soul Fire,” Penniman said.

Related: Olympia Auset is tackling systemic racism, one vegetable at a time

So often, Penniman adds, black Americans are fed a myth that they lost their culture in the transatlantic slave trade and, since they have no language or religion, they should “try to emulate the ways of Europeans, and the better we get at it, the higher status we gain. In using food and land as tools, we reconnect to a different meter stick of success and belonging. And it's one that comes from our people.”

In West African cosmology, she points out, ancestors exist below the earth and the waters, and — through contact with the earth — people receive their wisdom and guidance.

“With the layers of pavement and steel and glass, it’s harder to feel that contact; it's harder to have the generational wisdom,” Penniman said. “So, my personal belief is that many of us go around with this nagging sense of emptiness that we can't quite name. And when folks come to Soul Fire and get their feet back on the earth, what I hear time and again is, ‘I'm remembering things I didn't know that I forgot.’”

Related: Black farmers in Detroit are growing their own food. But they're having trouble owning the land.

Penniman believes families of color in the US live under a system her mentor, Karen Washington, calls "food apartheid." It’s a system of segregation that “relegates certain people to food opulence and others to scarcity.” And it has serious consequences. 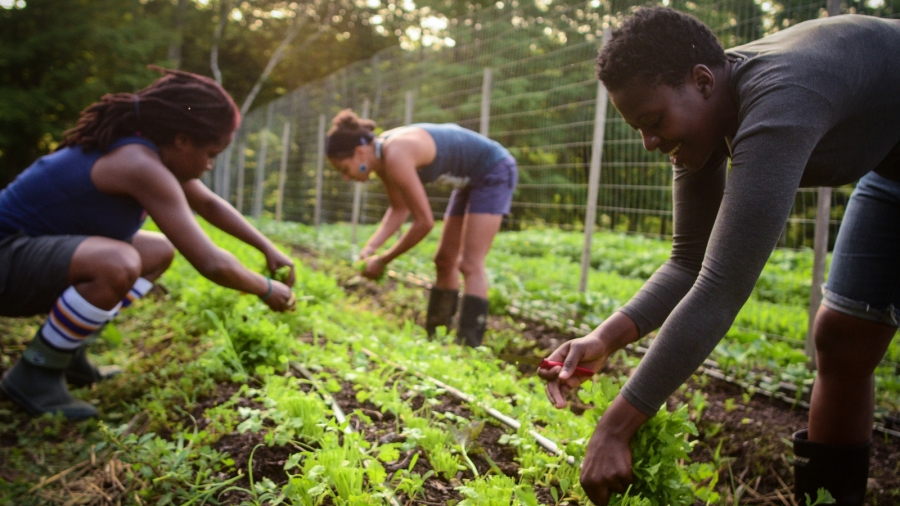 "There was something so good about the elegant simplicity of planting and harvesting and providing for the community," said Leah Penniman, co-founder of Soul Fire Farm.

“We see in black- and brown-communities a disproportionate incidence of diabetes, heart disease, obesity and cancer,” she said. “Even some learning disabilities, poor eyesight and mental illness can be linked to ... not having access to the fresh fruits and vegetables that we need to be healthy and, also, to be part of democracy, to do our civic duty. If I'm feeling sick or my body is too heavy or I'm trying to just find something to eat, I'm certainly not going to be going down to City Hall and talking about how we need fair wages for farm workers or anything like that. Right now, food is a weapon in our country, when it really should be a basic human right.”

“When we own land; we also have power; we have autonomy; and we have agency,” she said. “When we depend for our basic needs and human rights on a system that hates us, when we depend for our food, our shelter and our meeting space on a system that hates us, we're always, in some way, going to be beholden to that system. So, it limits our ability to resist.”