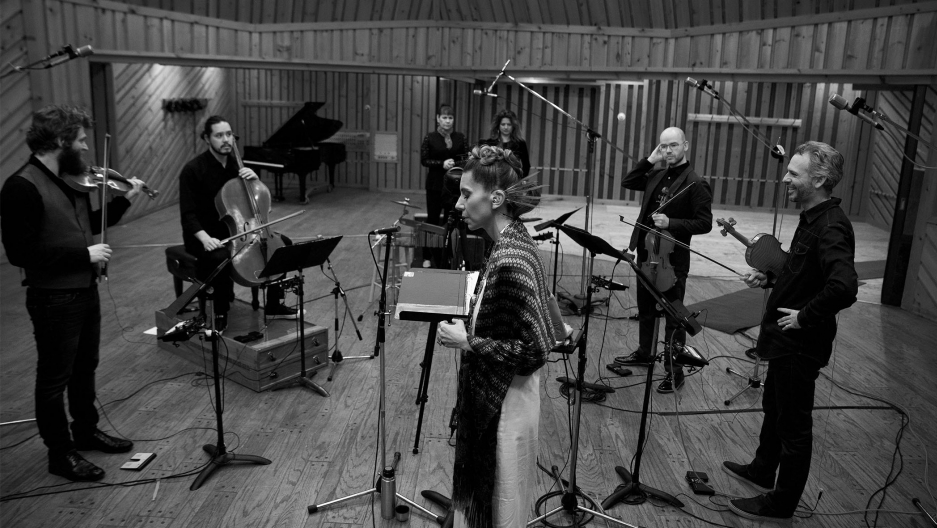 The title of the album has two meanings — neither of which refer to the dreams you have at night, Herrera said. One is for "dreamers" living in the United States. The other is for poets in Latin America who survived oppressive regimes and dreamed of democracy for their respective countries.

"You know, these incredible singers, songwriters and poets in Spain and Latin America survived oppressive regimes and through their beautiful words, poetry, songs they stand for humanity, democracy and all these values that we believe in," Herrera told The World. "... So I thought it was a very good narrative to address these days, you know, to really step into what we believe and to keep dreaming."

Herrera and Brooklyn Rider just released a 360-degree video of the song "Balderrama" shot while recording the song in the studio.

The video allows you to pan around the studio where they're performing. And as you pan, the sound follows you. Pan to one side and you hear more of Herrera singing. Go the other way and the focus is on Brooklyn Rider's sound. Set to the speakers to mono and you get Magos Herrera and Brooklyn Rider together.

But you really need to see the video and pan around yourself to get the full stereo effect.