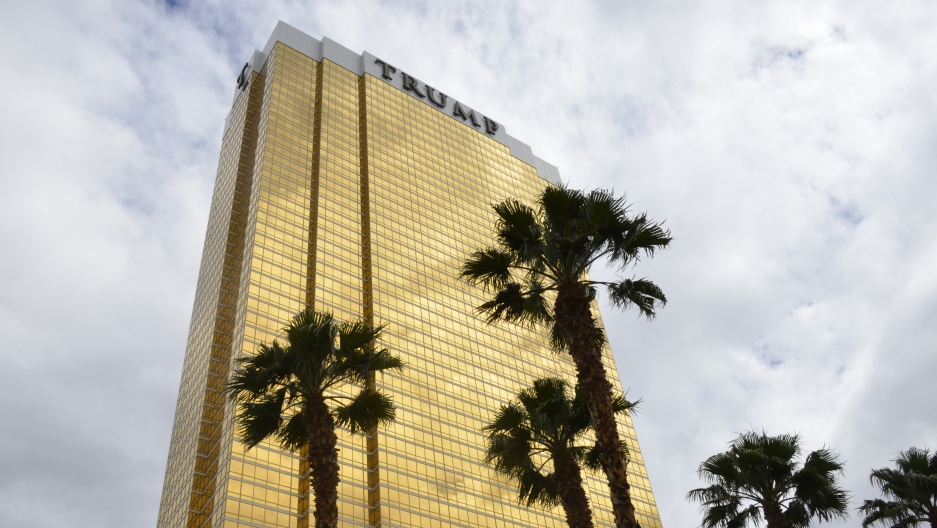 The Trump International Hotel in Las Vegas, Nevada. One of the goals of President Donald Trump’s tariffs on China is to shift manufacturing back to the United States, but it’s difficult to find people in the hotel, furniture or hospitality industry who think that will work.

When Michael Suomi puts together a hotel room, he’s figuring out a lot of puzzle pieces.

“If you tipped a hotel upside down, it would be everything that falls out: nightstands, and headboards, and lounge chairs, and rugs, and wall covering,” says Suomi, the principal in charge of interior design with the New York architecture firm Stonehill Taylor.

And how many of those items are now subject to tariffs?

“It’s pretty much everything,” he says. 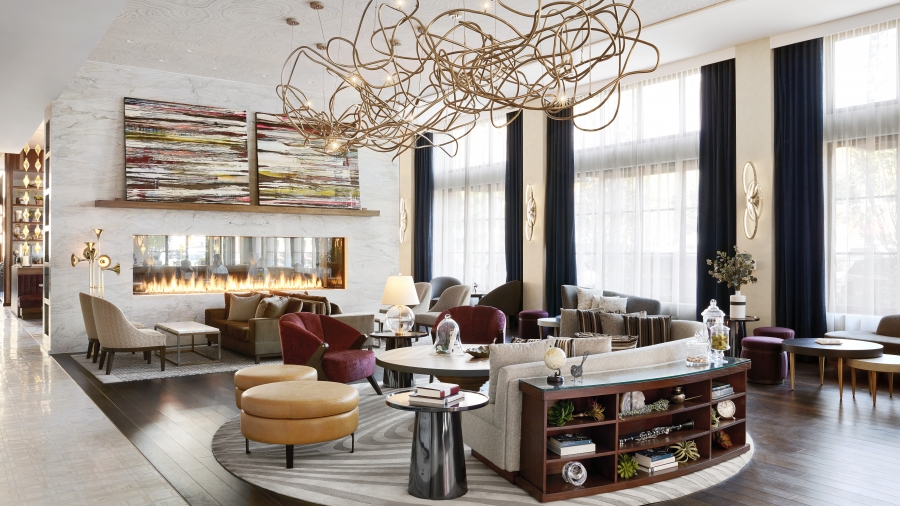 The lobby of The Sophy hotel located in the Hyde Park neighborhood of Chicago, Illinois. Most of the furniture and fixtures — chairs, lighting, and tables — that interior designers use in hotels are currently imported from China and now subject to tariffs.

President Donald Trump’s latest round of tariffs on China target $200 billion in imports. The administration plans to raise the import taxes on those Chinese goods from 10 to 25 percent come Jan. 1.

The president is heading to Argentina on Thursday for the G-20 international forum where he’s scheduled to meet with Chinese President Xi Jinping. Trump has been warning China that he won’t back down on tariffs. At the same time, his administration is also saying the president is willing to cut a deal.

What happens in Argentina will have a huge impact on the hotel and hospitality industry. Suomi recently hosted a panel discussion about tariffs at the Boutique Design New York (BDNY) trade fair in New York — a gathering of designers, architects and hotel owners — where many were anxious about how the president’s next move could impact their industry.

Consider how Suomi operates. He and his team design items like chairs and headboards in New York, then put together drawings with furniture specifications. He says, "Everything is custom made for hotels.”

Then Suomi passes along those specifications to what’s called a procurement consultant, somebody like Gus Sarff, president of GS Associates in Newburyport, Massachusetts. Sarff shops those drawings around to perhaps a dozen manufacturers to see who can build the best table or chair at the lowest price. Most of the manufacturers today are in China.

“We do it by category,” says Sarff. “Lighting, pretty much 100 percent comes from China. For case goods, it’s probably 50 to 60 percent.” (Case goods are basically furniture made from wood and metal — dressers, tables and chests.)

Again, right now those pieces from China are being hit with a 10 percent tax at the US border. So, Sarff then goes to a hotel owner like Host Hotels & Resorts, the world’s largest hospitality real estate investment trust, and says those things you wanted from China … they’re going to cost a bit more.

“There’s a little bit of scrambling, a little bit of absorbing of the cost from the suppliers, and us, as an owner, had to absorb some of it also,” says Helen Jorgensen, vice president of design and procurement with Host Hotels & Resorts. 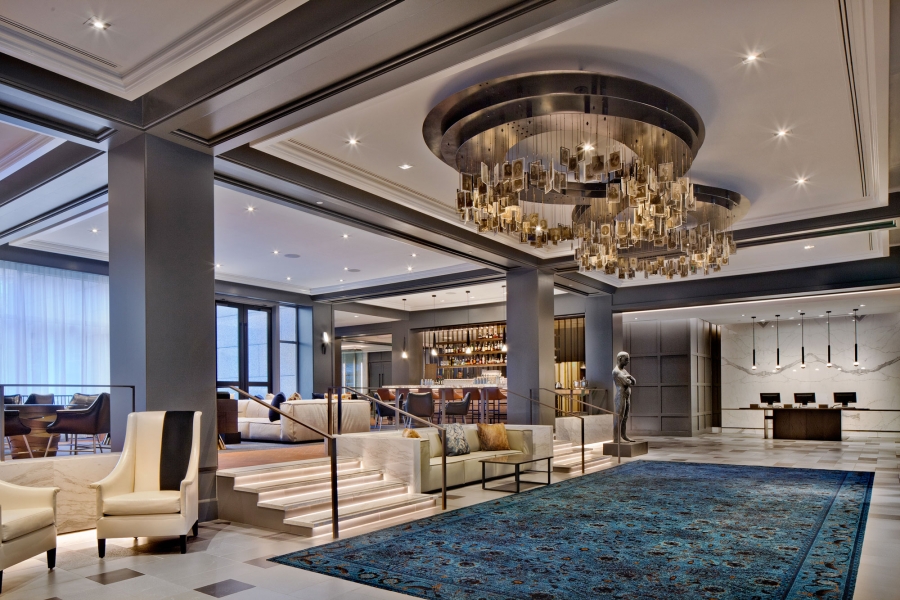 The Logan hotel in Philadelphia, Pennsylvania, is owned by Host Hotels & Resorts. With tariffs on furniture and fixtures imported from China, there’s a scramble over who will absorb the extra costs designing hotels.

Jorgensen says right now tariffs are a “hassle and a headache.” Still, she says, they can handle 10 percent.

While some furniture is still built in the US, large-scale manufacturing that leaves China almost certainly won’t be shifting to North Carolina or Virginia, where a lot of US furniture was built a generation ago.

Butler designs things like benches, chairs, and consoles in Chicago but outsources its manufacturing to Asia. Bergman says furniture manufacturing doesn’t only go where labor is cheap, it goes where the raw materials, factories, complex machinery and skilled labor is located. That’s mostly gone from the US.

“My feeling is that it would be virtually impossible, or extremely difficult, taking possibly decades, to be able to replicate that with manufacturers in the United States,” says Bergman.

If one of the goals of President Trump’s tariffs on China is to shift manufacturing back to the United States, it’s really hard to find anybody in the hotel, furniture or hospitality industry who says that’s going to happen.

But what about Trump Hotels? The hotel operator didn’t respond to interview requests. So, do people in the hotel industry feel like Trump has turned his back on his own?

“Yes, there’s a lot of talk about that. I’ve worked with Trump,” says Gus Sarff. “I think he’s doing a complete disservice to the country and the industry for how he’s approached this. We do feel that China has taken advantage of a lot of things but there’s a different way to go about the process without upsetting [the] entire industry. And obviously not just ours — this affects a really broad market of manufacturing and imports.”

Interior designer Michael Suomi says there’s some irony here: “Trump Hotel Group is dealing with this issue just like everybody else in the United States.”

And Suomi isn’t only worried about price increases or schedule delays, the short-term headaches caused by tariffs. He’s more concerned about how tariffs will impact the long-term relationships he’s built over many years.

“There’s a trust built up, and a level of quality and expectation that’s met, and we don’t necessarily want to stop working with those manufacturers because they’ve done a great job,” says Suomi.