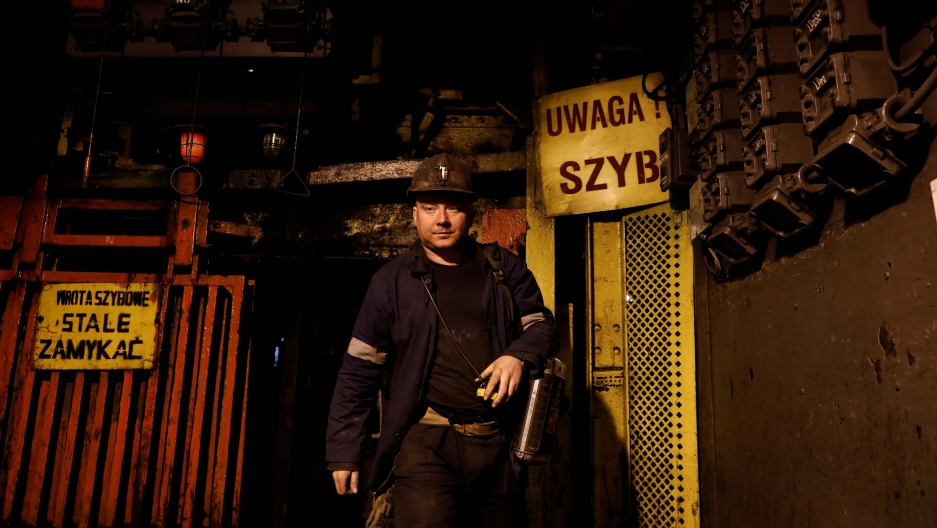 Miner Krzysztof Zawisza, 32, leaves a shaft at the Wieczorek mine in Nikiszowiec district in Katowice, Poland, Nov. 26, 2018.

When the Wieczorek mine, one of the oldest coal mines in Poland, closed in March, Grzegorz Chudy noticed for the first time the neighborhood was vibrant with trees in the full bloom of spring. The smell was heady.

"It was incredible. You never knew all those trees were there," he told Reuters in his art studio in a housing estate for mining families in the southwestern Polish city of Katowice.

"The smell wasn't there while coal was being transported on trucks. The dust covered it up."

The Wieczorek mine in Katowice, with its towering brick shaft, is among dozens closing down throughout Poland, home to one of the most polluted coal mining regions in Europe.

From Sunday, Katowice will host a round of United Nations climate talks, during which nearly 200 countries will attempt to agree on rules on how to shift the world economy away from fossil fuels to curb rising temperatures.

The meeting comes as the World Meteorological Organization warned on Thursday that global temperatures were on course to rise by 3-5 degrees Celsius this century, overshooting a global target of limiting the increase to 2 C.

Reaching an agreement on how to implement ambitious fossil fuel cuts at the talks could be tough. Fears over the impact on industry have divided the European Union and heightened trade tensions between the United States and China.

Poland has had a painful and difficult experience with the economic transition from coal. Even as it counts down to Sunday, it announced plans for a new coal mine in the south of the country.

Its government drew support in part from those with an emotional attachment to the job security, social fabric and national pride associated with mining that overlooked the downsides for health and the planet.

The issue resonates especially with older Poles who remember deadly anti-communist protests in the early 1980s when the miners emerged as heroes.

Chudy, 36, whose paintings often depict the life and architecture of Nikiszowiec, is one of hundreds of people who have moved to the area, drawn by its industrial feel and affordable housing.

Built to house the families of miners at the start of the 20th century, Nikiszowiec was designed as a self-sufficient neighborhood with its own communal bread ovens and pigsties, as well as a bath house for miners and laundry facilities.

In the years after communist rule ended in Poland in 1989 and the mining sector started to shrink, the area became notorious for crime and poverty.

Such problems have all but disappeared as the area has become gentrified, and the bold decision to hold the climate talks in the region could also help shift opinions. 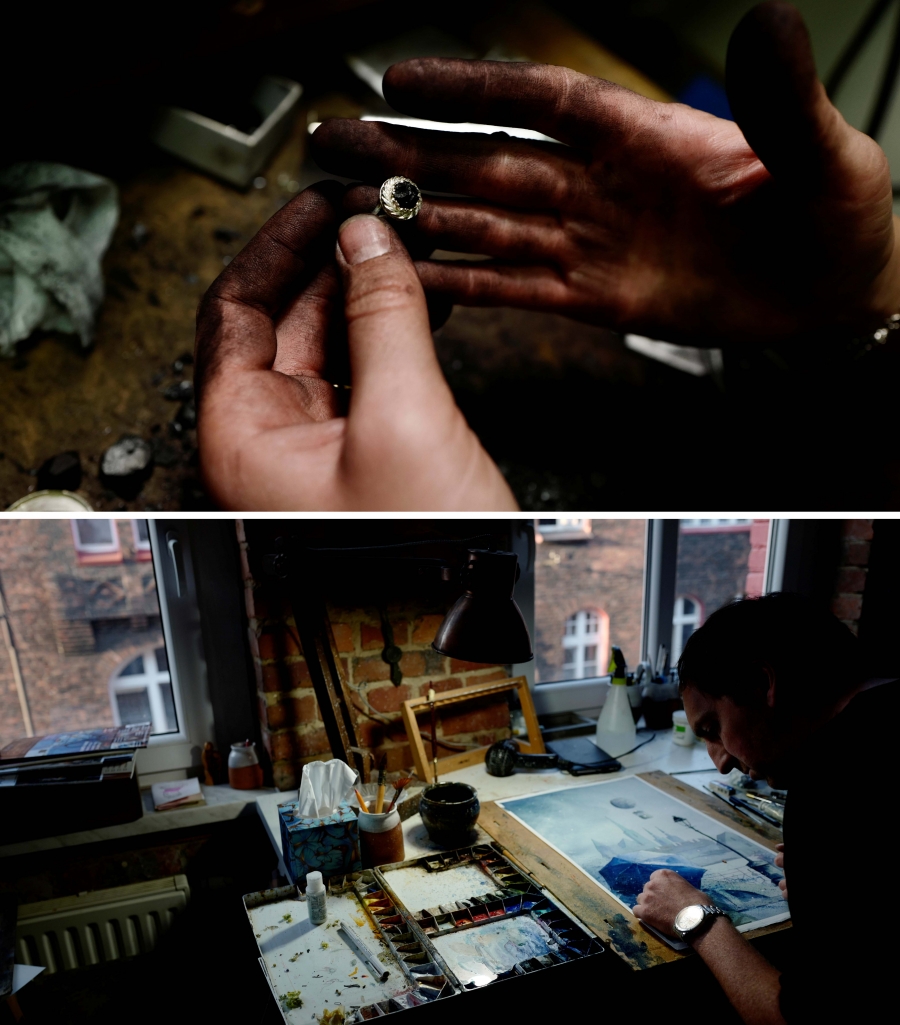 Above: Jeweler Katarzyna Depa, 26, holds a silver ring with coal at her atelier in Katowice, Poland, Nov. 26, 2018. Below: Artist Grzegorz Chudy, 36, paints at his atelier in Nikiszowiec district in Katowice, Nov. 7, 2018.

Related: A Wyoming town looks beyond coal ... to new uses for coal

Those in the artistic community say their work could only exist with the inspiration provided by decades of mining.

"For me using coal in a different way than it used to be, which was energy, shows its completely new face, so we can call it our new, cool black gold," said Katarzyna Depa, who makes jewelry from coal.

But for those with mining in the blood, moving on is harder and the smell of coal dust is as sweet as blossom.

Above all, they miss the community spirit even if it meant shared danger and hardship.

"The atmosphere used to be much better," miner Krzysztof Zawisza said. "On Friday or Saturday evening people were coming out to sit on the banks, drink some beer, have a barbecue. Now I do not know most of those who have come here."