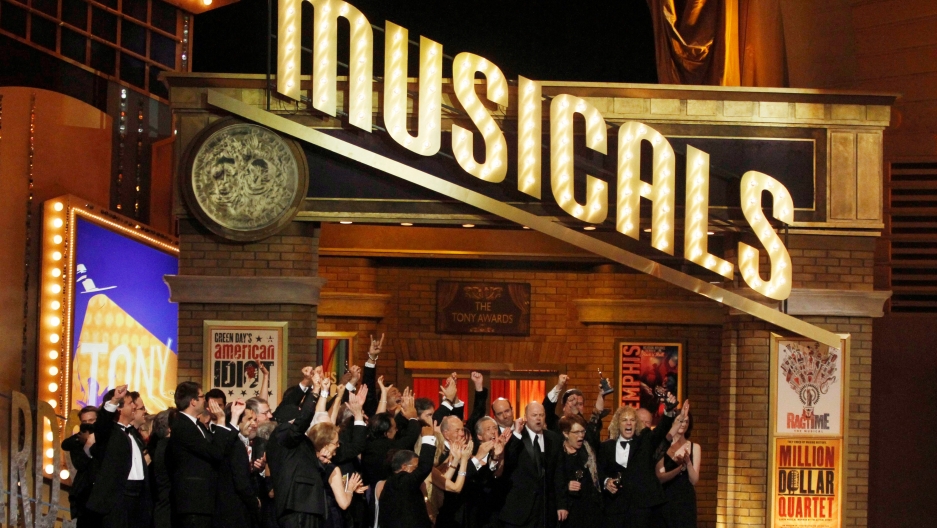 Cast members of the play "Memphis" at the 64th annual Tony Awards.

What do “Oklahoma,” “Gypsy,” “Little Shop of Horrors” and “The Book of Mormon” have in common? They’ve got all the right technical elements to make them hits.

If you look past the cowboys, stage mothers and evangelists, you'll see musicals with remarkably similar DNA. Even contemporary blockbusters like “Hamilton” follow a traditional map. That’s according to producer Jack Viertel, and, when it comes to musical theater, he’s a sort of human encyclopedia. His book, “The Secret Life of the American Musical — How Broadway Shows are Built,” reveals the blueprint that has been crucial to the most successful shows.

For instance, Viertel reveals what’s most important to establish in an opening number. And he also identifies a musical staple that even enthusiasts might not realize is a staple: the “I want” song. That’s when characters reveal in the first act what their dreams and aspirations are.

Viertel is the artistic director of Encores, a New York series that resurrects vintage musicals. He’s also an incredibly prolific producer of Broadway shows like “Hairspray,” “Kinky Boots” and “The Producers.”

(Originally aired April 21, 2016. For an extended version of this story, listen here.)