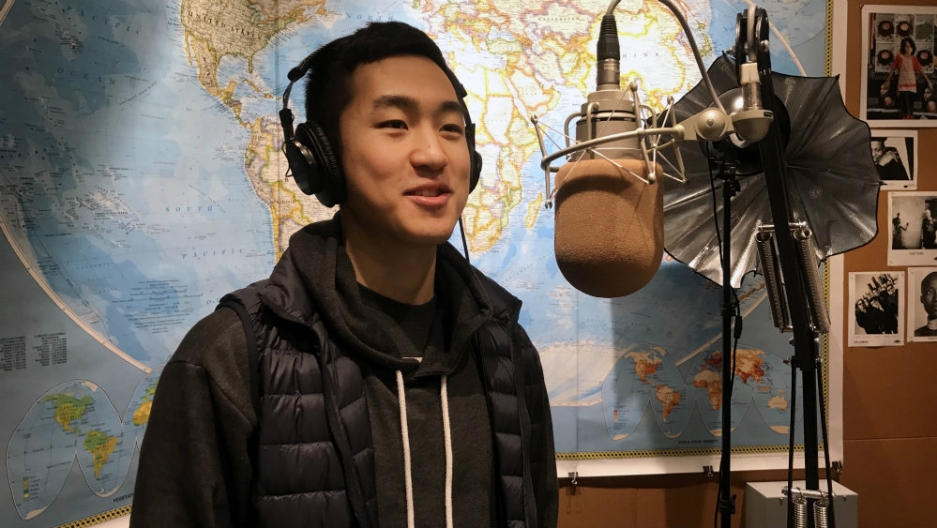 Jin Kyu Park, 22, applied for the Rhodes Scholarship even though, as a Deferred Action for Childhood Arrivals student he didn't qualify. His application inspired the Rhodes Trust, the organization providing the scholarship to expand its eligibility rules to include DACA students.

When Jin Kyu Park, 22, found out he was among 32 students in the United States to be awarded the prestigious Rhodes Scholarship, he said he shared the emotional moment with his parents.

The Harvard senior studying molecular and cellular biology with a minor in ethnicity, migration and rights is the first student with Deferred Action for Childhood Arrivals status to be chosen for the highly selective program, which offers students from all over the world two to three years of tuition-free study at Oxford University in England.

Park came to the US with his parents at 7 years old from South Korea. His parents, who are also undocumented, work at a restaurant and a nail salon. Being offered the scholarship, he said, felt like the culmination of his parents’ sacrifice and hard work.

“The kind of work they do is not amenable to an easy life,” he said. “The reason why this was such a big deal and such a meaningful thing for them, was to see in some sense their sacrifice be validated.”

The Rhodes Scholarship has been around since the early 1900s and boasts an impressive list of alumni, from politicians to scientists to famous actors, including former President Bill Clinton, astronomer Edwin Hubble and actor Kris Kristofferson.

In his studies at Oxford University, Park says he plans to explore questions about what makes a person a good member of American society.

Related: After Pittsburgh, Jose Antonio Vargas asks, 'Who is an American?'

Park said that for some people, citizenship is the only standard for what makes a person an American, but he believes, “citizenship is not the only avenue of membership.”

Park said his family’s undocumented status made him navigate the world differently than his peers. He remembers when he was a kid, his dad once came home from the restaurant where he worked panicked because an immigration raid occurred at a nearby business.

“That was an experience I'll always remember, that when you're undocumented, like, you don't have a say in when or how you're kind of, your day to day existence … in what direction it can change,” he said.

DACA, an Obama-era program, provides work permits and temporary protection from deportation to undocumented immigrants who were brought to the US as children. US citizenship or legal permanent residency was previously one of the requirements for the Rhodes Scholarship program. But Park decided to apply for the 2018 class, with help from Harvard’s Office of Undergraduate Research and Fellowships, hoping to start a conversation with the Rhodes Trust, the organization that administers the scholarships.

Park said he argued in his application that the scholarship was excluding a vibrant, diverse community of immigrants “who have a particular social experience and immigration status.”

“I fully expected my application to just start a dialogue,” he said.

According to Elliott Gerson, American Secretary of the Rhodes Trust, Park’s application inspired the organization to re-evaluate its requirements and expand eligibility for 2019 to include DACA students.

“We viewed him as an extraordinary American in every way, only lacking for certain documents,” said Gerson. “We were proud to expand eligibility to 'Dreamers' like him, who contribute so much talent and ambition to the country and our future.”

Park said he hopes the changes made by the Rhodes Trust will give other DACA recipients hope that change is possible, even at long-standing institutions.

“Positive social change doesn't always come from the top, right?” he said. “I was able to change, kind of, the criteria of the Rhodes Trust, of an institution that's been around for a while. Thinking about positive social change in a way that’s not just feeding into the political discourse is, I think, important. There are positive things we can do outside of our political practice that can really change some things.”

This is especially critical as uncertainty continues to loom over DACA. On Sept. 5, 2017, President Donald Trump said the federal government would phase out the program. Since that announcement, federal courts in California, New York and Washington, DC, have issued injunctions forcing the federal government to continue the program, though new applicants are no longer being accepted. But many experts believe the program is still in jeopardy and the Trump administration has asked the Supreme Court to take up another DACA case.

The administration believes the new case will result in a more favorable outcome for Trump's intended phase-out, given the court’s conservative makeup. Despite Democrats taking over the US House of Representatives next year, it’s unclear whether there will be comprehensive immigration reform that will benefit the approximately 700,000 DACA recipients and provide a path to citizenship. Park said he’s hopeful, but disheartened by the political process. He knows that the new Democrat-led House has a lot on its agenda, and it’s possible that comprehensive immigration reform will once again be put on the backburner.

For now, Park said he’s focused on his senior year at Harvard and trying to figure out how he’ll get to Oxford University without being prevented from returning to the US. He said previous court injunction rulings got rid of advanced parole, which had allowed DACA recipients to travel abroad and return to the US. Park’s DACA status expires in 2020 and he’s currently consulting with immigration lawyers to see if he has other options to travel.

“We have to figure out something else,” he said. “Nobody knows the answer right now.”

Park plans to get his masters degrees in migration studies and global health science and epidemiology. At Harvard, he is also managing editor of the Harvard Undergraduate Research Journal and a research assistant at the Koch Institute for Integrative Cancer Research at MIT, where he studies the mechanisms of T-cell exhaustion. Park is also the founder and director of HigherDreams, Inc., which helps undocumented students apply for college, and director of Harvard Philips Brooks House Association Chinatown Citizenship Program, which provides naturalization assistance to the Boston community.