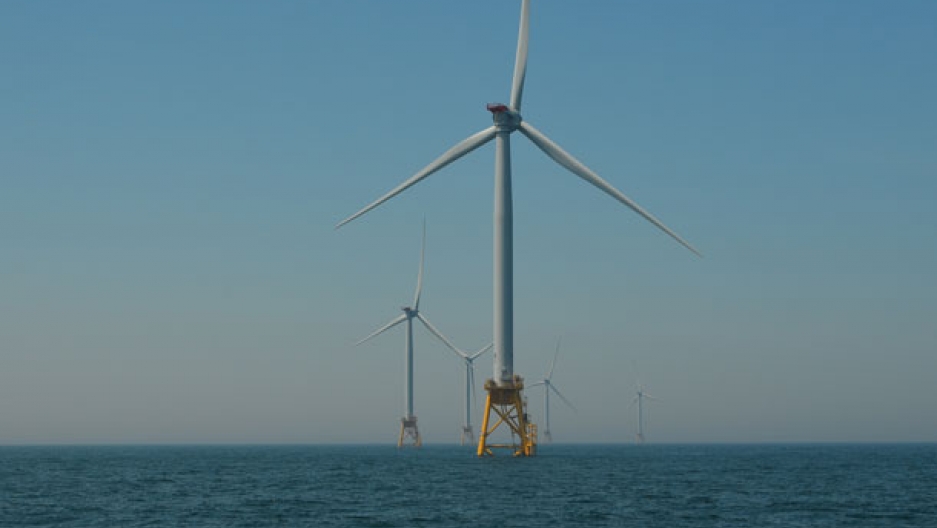 On Oct. 18, amidst a host of ethics and corruption investigations, Secretary of the Interior Ryan Zinke made a surprising announcement: Beginning Dec. 13, his department will begin to auction leases for offshore wind power in Massachusetts, with California and Rhode Island soon to follow.

Mr. Zinke is now subject to more than a dozen different investigations concerning his actions as head of Interior. Bobby McEnaney, of the Natural Resources Defense Council, says the allegations run from relatively minor, like forcing his employees to walk his dog, to deeply troubling, like a boat trip he took to the Channel Islands during which he was accompanied by political donors and failed to notify the department.

Secretary Zinke is also being investigated for his role in the decision to reduce the size of two national monuments in Utah, a plan which happens to benefit one of his political allies, a uranium mining company.

“What we see with Ryan Zinke and this administration is an effort to please the oil and gas and other industry developers,” McEnaney says. “He has said directly to oil and gas developers at conferences, ‘I serve you. I am here for you.’”

So, when Zinke, speaking of wind power, declared that “harnessing this renewable resource is a big part of the Trump administration's 'Made in America' energy strategy,” he took many people by surprise.

“The Trump administration has been anti-renewable energy and pro-coal and dirty energy, but Zinke is from Montana and they have a lot of wind power up there,” says Joseph Romm, a former deputy assistant energy secretary in the Clinton Administration and founder of ClimateProgress.org. “He seems to understand that wind power is the fastest growing form of clean energy in this country and around the world.”

Previous offshore wind projects in Massachusetts have faced strong opposition from local residents, but these new leases have a better chance, Romm says. They are being offered in a different area than the Cape Wind project, which was controversial, and the technology has improved such that many of the concerns about offshore wind have diminished. At the same time, the economic benefit of wind power has greatly increased because the costs have been dropping so quickly.

California is in the process of working with the Department of Interior to develop an offshore leasing plan, but California’s coastline requires different technologies than typical wind turbines.

On the East Coast of the United States, the continental shelf slopes gradually, whereas in California the continental shelf drops off very sharply, Romm explains. So, wind turbines off the West Coast will have to be placed in deep water, disconnected from the ocean floor. This means they have to float and floating turbines have been more challenging. But the last couple of years have seen tremendous advances in this technology, Romm says.

In addition, the new turbines are bigger and taller than older ones, which allows them to harness steadier winds. “Literally, the wind is available as much as you get from a typical natural gas power plant,” Romm explains. “The technology has gotten better and the ability to operate in deep water is really opening up the possibilities of offshore wind, not just off the coast of the United States, but around the world.”

While Zinke’s plan is a good step, it's “clearly just a drop in the ocean, as it were, compared to the much larger attack on clean energy and clean power that the administration has launched,” Romm notes.

It's also worth remembering, Romm says, that the only wind project currently operating in the US, off the coast of Rhode Island, took many years to get through all of the legal requirements. “I think there's every reason to be very positive about the direction here, but the fact is, the United States has been very slow,” he adds.

The Trump administration has also been unwilling to recognize that offshore wind projects are big job creators, Romm says.

“With traditional power plants, most of the jobs are in the building of the power plant,” he explains. “In the case of wind, rather than building a power plant and just sticking fuel in it, you're actually manufacturing the wind turbines, which generates really high-paying jobs. Then you need the maintenance jobs. One of the fastest-growing jobs in the entire United States is wind power technicians.”