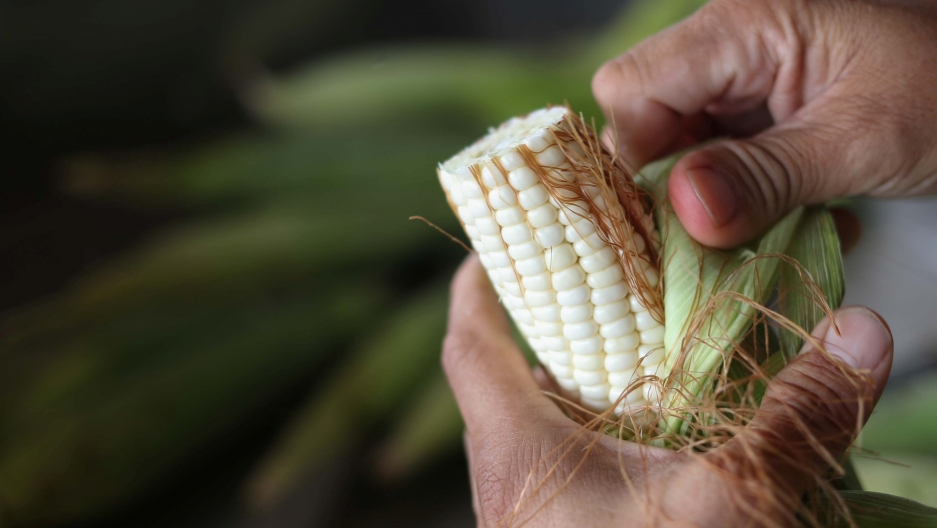 Sean Sherman is founder and CEO of the Sioux Chef. His cookbook, "The Sioux Chef's Indigenous Kitchen," won the 2018 James Beard Award for best American cookbook. Sioux Chef is a company that feeds people and also educates them about Indigenous foods — not only in Minnesota, where his company is based — but all over North America.

In elementary school, Sean Sherman did what most kids do before the Thanksgiving holiday. He and his classmates made paper cutouts of turkeys, pilgrim hats and Indian feathers. He also learned the story of Indians and Pilgrims getting together to share a big feast.

There's some irony here: Sherman went to school on the Pine Ridge Indian Reservation in South Dakota. He's a citizen of the Oglala Lakota Sioux tribe. All of his classmates were Native American, yet they learned nothing about the Wampanoag, the tribe referenced in the Thanksgiving story we all learned in school. He didn't learn the darker side of a holiday we all associate with togetherness, food and unity.

"When you read about history, you read a lot about the hardships that happened between the colonists and the Native peoples that were living there on the East Coast," said Sherman. "And a lot of really brutal stories come out of that history." 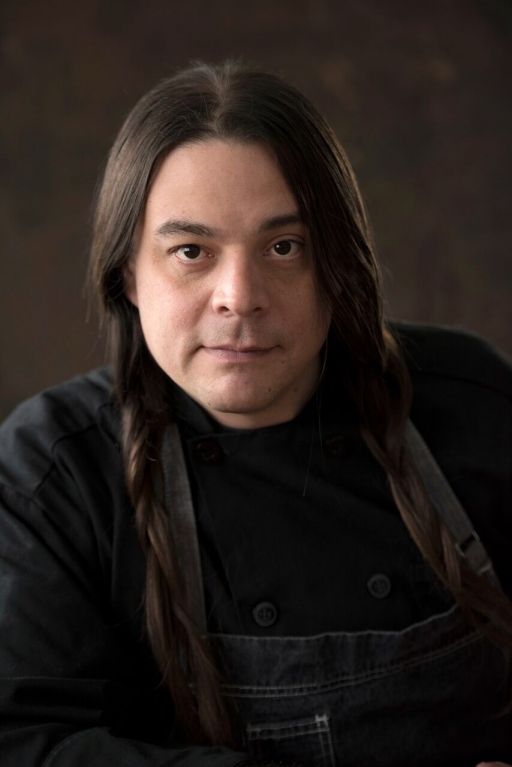 Sean Sherman is the founder of Sioux Chef, a company devoted to feeding people while educating them on the history of Indigenous foods all over North America.

Fast forward to today. Sioux Chef is a company that feeds people and also educates them about Indigenous foods — not only in Minnesota, where his company is based — but all over North America. He says learning about the history of Indigenous food starts with learning about the people whose history is intertwined with that food and still inhabit the land — despite colonization and genocide.

And that means telling the truth about Thanksgiving.

"I had the epiphany of realizing that there were no Native restaurants anywhere," Sherman told The World. "And I started really focusing on trying to understand what my Lakota ancestors were eating and it really made me understand the history of Native America is so much deeper because of all that research."

Related: This chef is cooking Native American Thanksgiving meals for everyone at Standing Rock

Before his grandparents passed away, Sherman and his aunts, uncles and cousins would have their own Thanksgiving. Turkey, corn, pumpkins, squash, mashed potatoes, jello and pasta salads, olives, along with some Lakota dishes like wojape, a chokecherry sauce, and taniga, intestine soup. Sherman counts those gatherings on his grandparents' ranch as good memories and since their passing, his family has yet to gather like that again.

His perspective on Thanksgiving changed also. He began to learn some of the bitter history surrounding the holiday.

For example, it was the Wampanoag who helped the Puritans plant crops, forage and survive. The first mention of Thanksgiving is in 1621 in Massachusetts, based on an account written in a letter. Then, there's the bloody Pequot Massacre in 1637, when 700 Pequot were murdered by colonists, that Thanksgiving commemorates.

"In the Declaration of Independence they write, 'merciless savage Indians,'" said Sherman. "That really says so much about what the US government thought of the Indigenous peoples that were still living in a huge area across North America."

Sherman thinks that Thanksgiving as a national holiday should drop the Native narrative. He knows a lot of Indigenous people have chosen not to celebrate it because of its whitewashed history.

"We don't need that false story of unity to come to unite us," said Sherman.

He will be gathering on Thanksgiving to have a big feast with friends and family. It's a nice break for him after flying all over the world to give demonstrations and talks about Indigenous foods and preparing to open up a nonprofit restaurant called The Indigenous Food Lab in Minneapolis, Minnesota.

He says the holiday is an excuse to make some of his favorite dishes like cedar raised rabbit, bison, duck, turkey and wild rice — all Indigenous-themed dishes.

He hopes the Indigenous Food Lab will be a model for tribes across the US who want to have their own restaurants selling Indigenous foods.

"Hopefully someday I'll be able to drive across America or Canada and be able to experience this immense diversity of beautiful cultures within Indigenous everywhere."