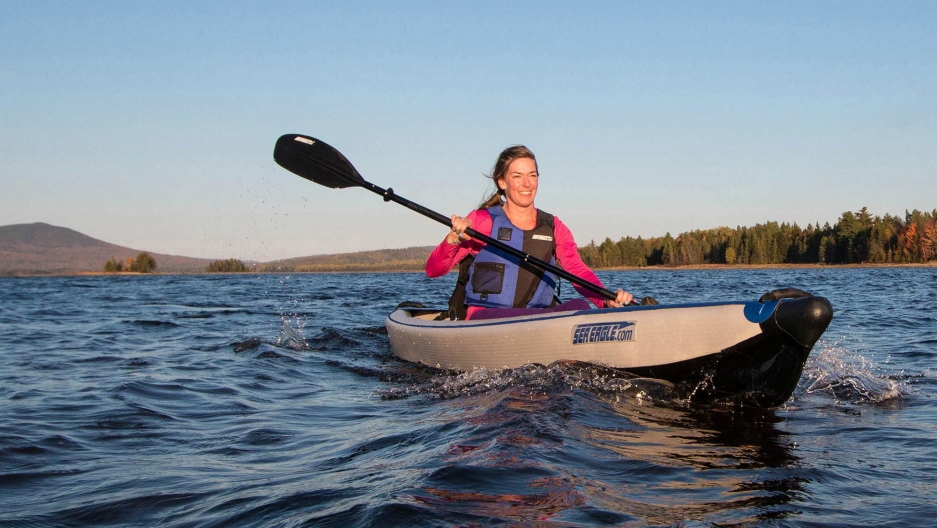 Sea Eagle Boats in Long Island, New York, has been selling inflatable kayaks since 1968. The small company has manufactured its vessels overseas since the company’s inception, and now imports from China. President Donald Trump's tariffs on imports has the company's owners worried if customers will pay extra for their products.

If you’re doing your holiday shopping, you might not have noticed many changes in prices at the store this year. But if President Donald Trump’s trade war with China continues, you most certainly will. Looking to, perhaps, buy a kayak for next year? Get ready to pay a bit more.

John Hoge, who co-runs Sea Eagle Boats with his brother, knocks on an inflated fishing vessel: “You can see it has a real structure to it that other inflatables couldn’t attain until this technology was developed.”

And they deflate easily for storage.

Sea Eagle’s patented boats were designed at the company headquarters in Port Jefferson on Long Island, New York, but have long been built in China. Before that, they were made in Europe.

Starting in September, the Hoge brothers began paying a 10 percent import tax on their products from China. That tariff is scheduled to shoot up to 25 percent come January. The Hoge brothers will try to pass that cost along to their customers, but John Hoge is worried about that.

“The average American consumer hasn't had much of a raise in the last few years. And middle-class families can spend some money on recreation, but there’s only so much budget available to that.”

If a $2,000 fishing skiff starts selling for $2,500, that might give shoppers pause. But a major point to President Trump’s tariffs has been to drive manufacturing back to the United States. With inflatable boats, that’s easier said than done.

“The problem is that to recreate the factories that we're importing from would be about $500 million dollars,” says Cecil Hoge, the other brother and also president of Sea Eagle Boats. “Last year, we sold $10 million of goods. We don't have the $500 million, I'm sorry.”

That $500 million cost would include not only building the main factory, but recreating the supply chain that already exists in China — other Chinese manufacturers are providing the parts to build Sea Eagle’s boats in Asia.

Add it up, the Hoge brothers basically need to stick with China, at least in the short term. 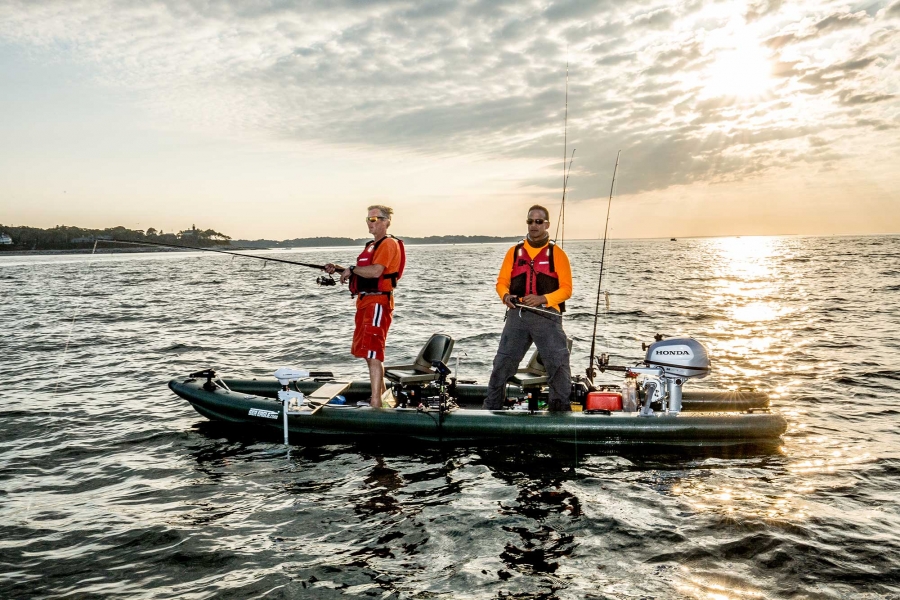 John Hoge understands another one of the president’s goals: to stop the Chinese from forcing American companies to give up intellectual property in order to build in China. Most agree, that’s a real problem.

“I think President Trump and the administration should address the issues with China on a case-by-case basis — where there are Chinese companies that steal intellectual property from America, that should be addressed,” says John Hoge.

But he doesn’t think his company should be punished.

Economists disagree on a lot, but not on tariffs. The overwhelming majority say slapping tariffs on thousands of items is a crude economic tool, not an effective way to address ongoing trade problems with China.

And while this might sound like a tough luck case for a 30-person company on Long Island — collateral damage in a wider trade war — think again. The American boating industry employs a lot of people: 650,000.

“Everything from who makes the boat, to selling the boat, repairing it, the marinas and service shops that are out there. It’s quite a big industry,” says Nicole Vasilaros, senior vice president with the National Marine Manufacturers Association.

Vasilaros says more than 350 marine-related products are being hit by tariffs on Chinese imports. “It’s everything from ropes, to the wheels on trailer tires, to marine engines and fiberglass,” she says.

Vasilaros says you can’t just shift production on a dime. And ultimately, factories probably wouldn’t move from China to, say, Ohio or Alabama.

“And what’s the end goal?” asks Vasilaros. “If we take things from China and we move them to Vietnam or move it somewhere in the South Pacific, is that really helping? Or is that just causing an extra burden on US manufacturers?”

A lot of boats and boating equipment are still manufactured in the United States. Taco Metals in Miami builds things like deck hardware — stainless steel railings and hinges, as well as pedestals for deck chairs and tables. The company’s products are designed and produced in the US, but their raw material imports — steel and aluminum — are being taxed.

Bill Kushner, vice president of material management with Taco Metals, is worried how long this will continue. “In essence, it’s isolationism and protectionism that is going to keep us from really being a part of the global economy,” he says.

Kushner says for small manufacturers, the tariffs are going to cost more jobs than they create.

“I think it’s too early to tell what the impact of the tariffs will be,” says Scott Paul, the president of the Alliance for American Manufacturing.

Paul’s organization estimates that the US has lost 2.7 million manufacturing jobs since China joined the World Trade Organization in 2001. Many of those job losses were due to improvements in technology. Still, Paul says if the tariffs can bring about some change in our relationship with China, “it may be worth it.”

“The tariffs provide us with some leverage that we have lacked,” says Paul. “But I will candidly admit, these tariffs are as much of an experiment as letting China into the world trade system was in the first place.”

But this experiment is causing anxiety for small, family-run businesses like Sea Eagle Boats.

“We've gone through oil shocks and recessions, but nothing that was deliberately created by our own government,” says John Hoge.

Hoge says if the tariffs go up in January and their boats are priced too high and sales fall, that means less money to pay their Long Island staff, people working in sales, marketing, web design and accounting. “All those jobs are at risk.”

And economists warn: that scenario could play out across tens of thousands of American businesses.