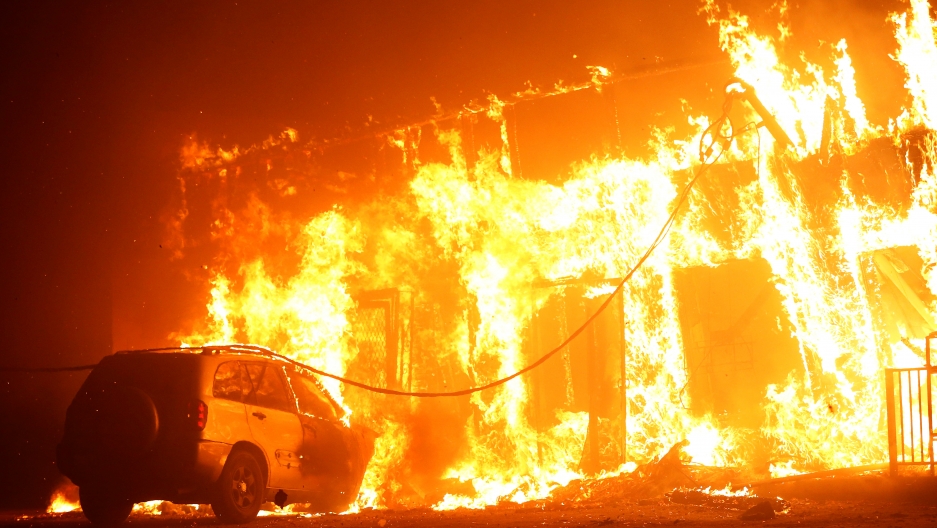 A structure is seen engulfed in flames during the Camp Fire in Paradise, California, Nov. 8, 2018.

As the deadly Camp Fire continues to blaze, the death toll rises and a choking smoke hangs over much of northern California.

It’s the second bad wildfire year in a row for Californians, and residents spared the worst impacts of this fire are being forced to relive losses that came with last year’s.

Among them is Bernie Krause, a prolific audio recordist who has been capturing the sounds of habitats around the world for 50 years for his company Wild Sanctuary. 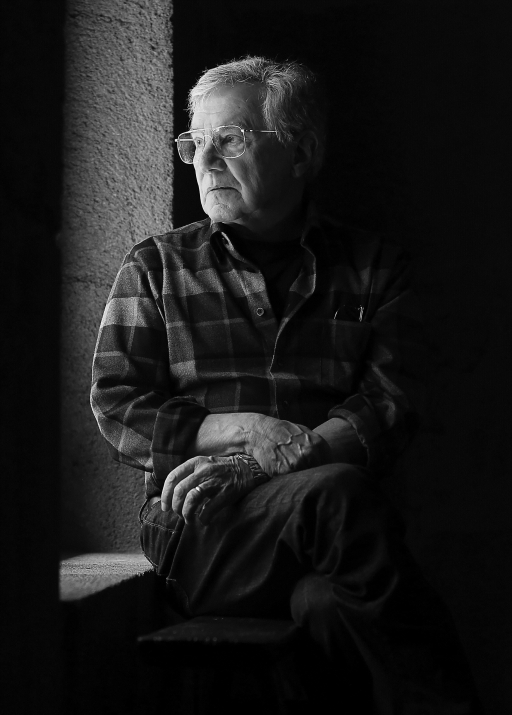 Bernie Krause has been recording the sounds of wild habitats for 50 years.

His Sonoma County home and everything in it was destroyed in a matter of hours late one night last October, after gusting winds brought the deadly Nuns Fire to his property outside of Glen Ellen, California.

“For the first time in my life, I realized that we were staring global warming in its malevolent eye,” Krause said. He saw the 10 acres of oak forest that surround his home catch fire in what seemed like an instant.

“There wasn’t any place that we could look that we couldn’t see the fire,” Krause said. “It was spontaneous and everywhere.”

Krause and his wife Kat escaped with their lives, driving over melting asphalt and through a wall of fire to safety.

But much of his life’s work was destroyed when Krause’s home studio went up in flames. The walls of that studio and its closets were lined with old reel-to-reel tapes, digital recordings and 50 years’ worth of notebooks.

“All of the metal on the reels of tape melted,” Krause said. “It was obliterated, it was all ash.”

One complete copy of Krause’s archive survived. He’d stored it in France just months before the fire broke out.

But the symbolism is hard to ignore. Krause’s recordings, which capture how humans are degrading the natural world, were themselves destroyed in a wildfire that’s fueled, in part, by man-made climate change.

“Well over 50 percent of my archive comes from habitats that are either altogether silent or they can no longer be heard in any of their original forms now,” Krause said. “In other words, this is extinction of whole habitats.”

The rainforest habitat in Sumatra where Krause recorded orangutans bellowing is mostly gone, he says, the trees largely logged.

The family of elephants that a colleague of Krause’s recorded drinking from a swamp in the Central African Republic were later poached.

And an Alaskan breeding ground is growing quieter, Krause says, as climate change renders the area less hospitable for the migratory birds that have long used it.

Today, little more than a year after fire took their home and almost all of their belongings, the flames are again closing in on Krause and his wife Kat.

The deadly Camp Fire is about 120 miles away from the temporary home they’re renting in Sonoma. Smoke hangs thickly over their house and the surrounding vineyards.

“We can hardly see the ridgeline, which is about a half a mile across the valley where we live, and I’m coughing from the smoke,” Krause said.

“It’s a very eerie kind of reddish-orange, from sunrise to sunset,” Krause said.

And Krause, whose ear is finely tuned to pick up the sounds of nature, has noticed how quiet it is outside. Typically, fall evenings in this part of California are loud with cricket song.

But now, it’s almost silent outside.

“Normally there’s hundreds of crickets out here vocalizing,” Krause said when he stepped out of his house on a recent evening. “But not tonight. Not any night since these fires.”

Krause said this fire feels like deja vu after what he went through last fall, but the same feeling comes over him during many recording trips these days. 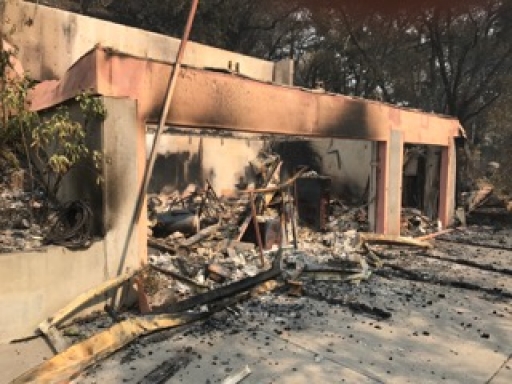 Bernie Krause's studio after a 2017 California wildfire destroyed his home.

“I’m getting a lot of that every time I go out into the field now,” Krause said. “I see the habitats changing, when I go back to them, they’re subtly changing in some places and radically changing in a lot of others. And that’s where I am not optimistic.”

Krause worries many people aren’t linking the apocalyptic scenes of wildfires in California to climate change, even though scientists say they are related. California is warming up and drying out.

“But I am hopeful,” Krause said, “that there is some young kid out there who will have an idea how to get some serious, no-fooling-around action about eliminating the use of fossil fuels.”

For now, Krause and his wife are closely watching the fire. The couple plans to evacuate if it gets within 50 miles of their house.

Already, their emergency bags are packed and waiting by the front door.