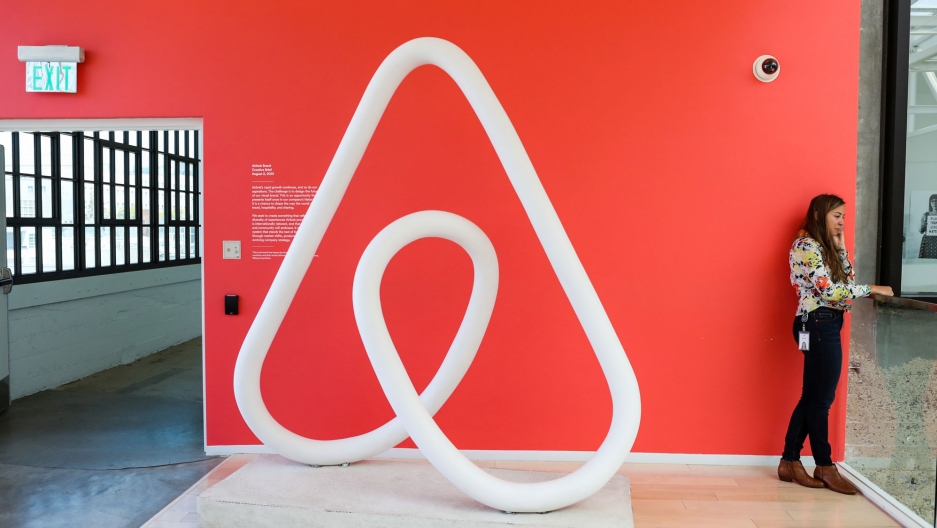 A woman talks on the phone at the Airbnb office headquarters in San Francisco, California.

Airbnb said on Monday it will remove listings in Israeli settlements in the occupied West Bank. The decision, affecting some 200 listings, would take effect in the coming days, the company said.

Israel called the announcement a "wretched capitulation" to boycotters while Palestinians hailed as a step toward peace.

Israel captured the West Bank in a 1967 war. Its settlements there are considered illegal by most world powers.

Palestinians deem the settlements, and the military presence needed to protect them, to be obstacles to their goal of establishing a state. Israel disputes this.

"We concluded that we should remove listings in Israeli settlements in the occupied West Bank that are at the core of the dispute between Israelis and Palestinians," Airbnb said on its website.

"Our hope is that someday sooner rather than later, a framework is put in place where the entire global community is aligned so there will be a resolution to this historic conflict and a clear path forward for everybody to follow."

Palestinians and their supporters had long lobbied Airbnb to delist the settlements. Israel strongly opposes such calls for boycotts, which it considers a biased approach to the conflict.

Speaking on Israel's Channel 13 television, he said Israel was not told of the decision in advance and that it would respond by backing lawsuits by settlement listers against Airbnb in US courts.

Waleed Assraf, head of a Palestinian anti-settlement group run by the umbrella Palestine Liberation Organization, welcomed Airbnb's decision. Should other companies follow suit, he told Reuters, "this will contribute to achieving peace."

Oded Revivi, mayor of the West Bank settlement of Efrat and a representative of the umbrella settler council Yesha, said Airbnb's decision was contrary to the company's stated mission of helping "to bring people together in as many places as possible around the world."

"When they make such a decision, they get involved with politics, which ... is going to defeat the actual purpose of the enterprise itself," Revivi told Reuters

Human Rights Watch said the Airbnb move came on the eve of its publication of a 65-page report it has carried out into tourist rental listings in settlements, including by Airbnb.

“Airbnb’s decision to end its listings in Israeli settlements is an important recognition that such listings can’t square with its human rights responsibilities," the group said on Monday. "We urge other companies to follow suit.” The group said its report would be released on Tuesday morning.

Some 500,000 Israelis live in the West Bank and East Jerusalem, areas that are also home to more than 2.6 million Palestinians.

Israel considers the West Bank, the biblical cradle of Judaism, as a security bulwark to the east. Palestinians want the West Bank for a future state, along with East Jerusalem and the Gaza Strip.

US-sponsored peace talks have been stalled since 2014.

San Francisco-basked Airbnb is eyeing an IPO next year after announcing in February it would not make a public debut this year.