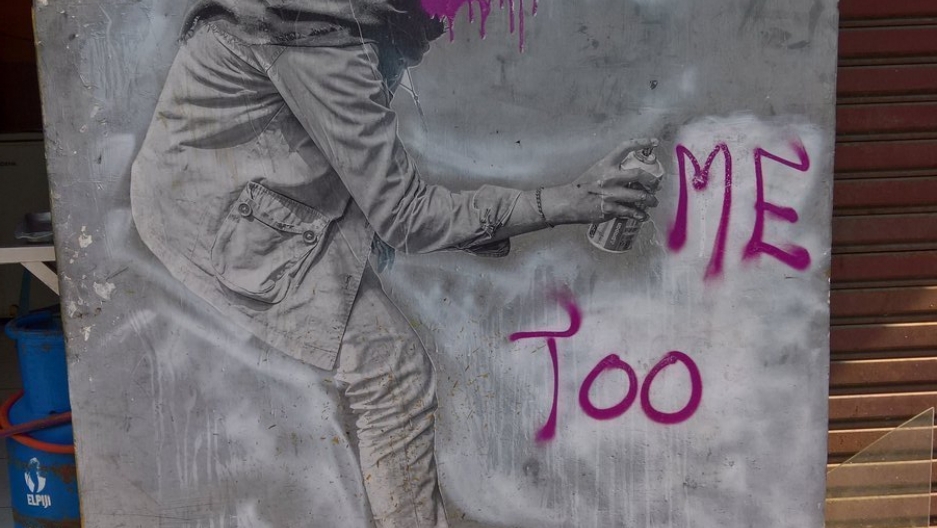 #MeToo graffiti seen on the streets of Yogyakarta, Indonesia, April 2018.

Indonesian President Joko Widodo said on Monday that a teacher sentenced to jail for spreading an "immoral" audio tape documenting alleged sexual harassment by the school principal should seek a judicial review.

In a case that has shocked many Indonesians, the Supreme Court announced last week that Baiq Nuril Maknun, 37, would be jailed for six months for recording and spreading "information violating decency." She was also fined $34,300.

Widodo said he could not intervene in the case, but said Maknun should request a judicial review.

"If later she does not find justice through a judicial review she can request clemency to the president, that's the procedure," he said in a statement.

"When the clemency request has been submitted, then it will be on my turf."

Indonesia's #MeToo movement has gained some traction on social media with women sharing their experiences of sexual harassment but — in a mainly conservative society — has yet to trigger the type of impact it has had in the West.

According to media reports, Maknun was harassed by the head of a school where she worked as a contract teacher on the island of Lombok, including through sexually explicit and abusive comments on her cell phone.

She made a recording of one of the calls and it was later obtained by a co-worker in 2014 and subsequently spread on social media. In 2015, the school principal reported Maknun to police.

A court document said that Maknun had recorded the phone call without the knowledge of the headmaster and gave the recording to a third person and distributed it using an electronic device — causing the principal to lose his job.

Prosecutors had taken the case to the Supreme Court after it was rejected by the court in Lombok.

"This absurd ruling by the Supreme Court appears to jail someone just for documenting the abuse they were subjected to from their employer," Usman Hamid, Amnesty International Indonesia's executive director, said in a statement.

More than 111,000 signatures have been submitted on an online petition demanding clemency for Maknun.

Joko Jumadi, Maknun's lawyer, said his client intended to file a judicial review once the Supreme Court had provided a full verdict explaining its decision.