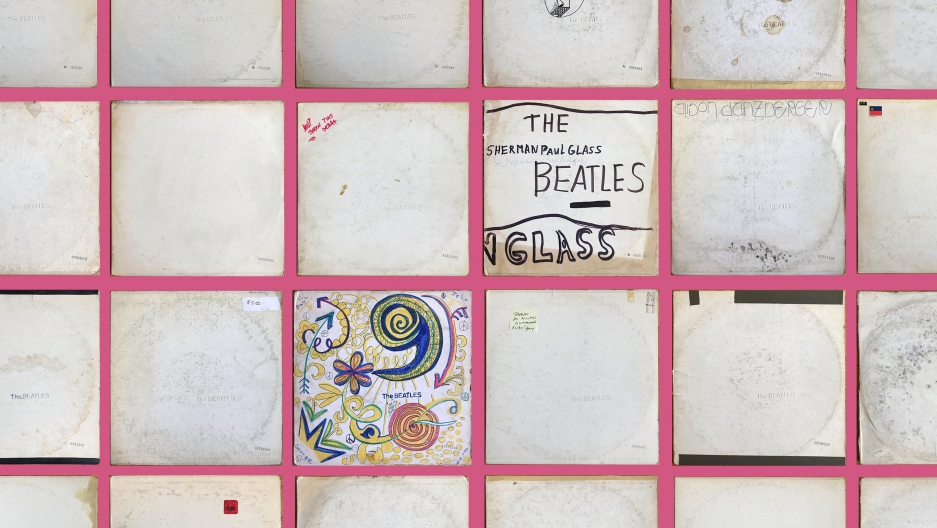 Just a few of the used copies of the “White Album” that Rutherford Chang owns.

Rutherford Chang is a conceptual artist based in New York City. Over the past decade, he has collected over 2,000 copies of the Beatles’ self-titled 1968 LP — better known as the “White Album.”

He calls the project "We Buy White Albums," and unlike most collectors, he couldn’t care less about finding pristine copies. Chang is more interested in the way the objects have aged. “Millions of these identical white canvases went out into the world 50 years ago,” Rutherford says, “and have all become these artifacts of where they’ve been.”

Rutherford has also made a companion audio art piece that overlays 100 different copies of the “White Album” playing in full at the same time. Due to imperfections in the vinyl, each copy plays at a slightly different speed, and they slowly drift out of sync over the course of the piece. This creates a psychedelic effect, that you have to imagine the Beatles would enjoy.

Photographs of the entire collection can be seen on Rutherford’s Instagram.