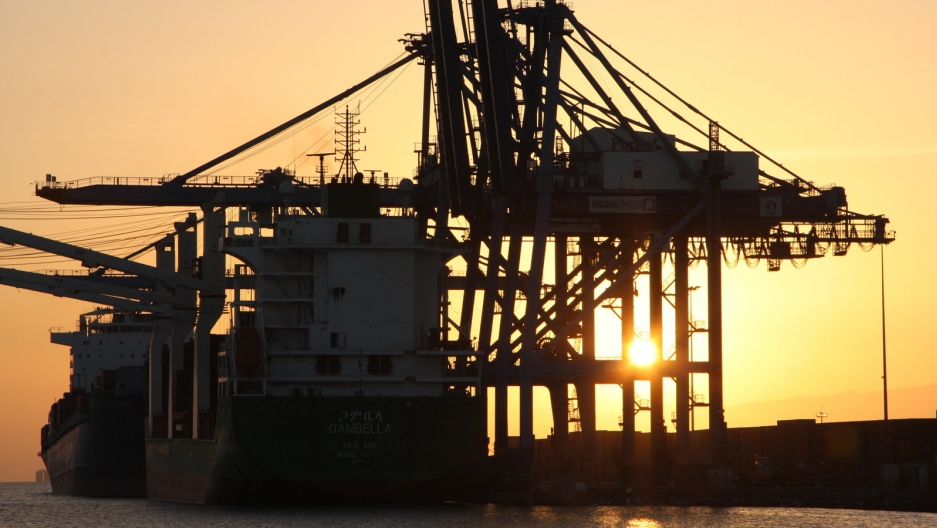 The scene at the Djibouti City train station looked like something out of a Greek tragedy. Women gesticulated, cried and clasped their heads as customs officers seized bundles of khat that, presumably, had exceeded the one-kilo-per-person limit permitted on the train that had just arrived at night from the Ethiopian capital, Addis Ababa.

The valuable plant, whose glossy green leaves have a mildly narcotic effect when chewed, are hugely popular across the Horn of Africa — passengers pass khat bundles sold and chewed for hours as the train heads eastward through the lowland desert plains. 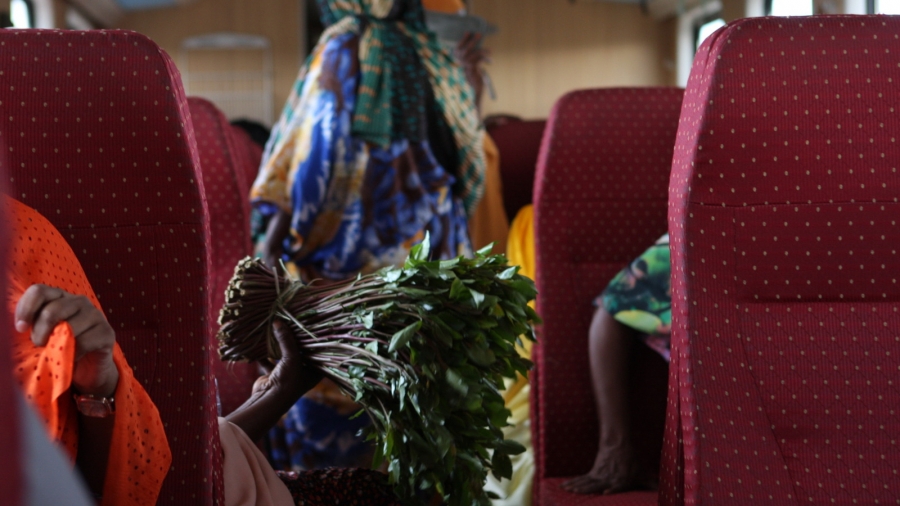 A bundle of khat on the train from Addis Ababa to Djibouti City.

During the drive from the train station along the city’s outskirts toward the center, the desert darkness is suddenly broken by arc lights at military camps containing soldiers from the US, Japan, Italy, France, Germany and Spain.

The Chinese have also established a military base in the small coastal town of Obock across the Gulf of Tadjoura to the north of the city. This is the first base outside China, with a capacity to house 10,000 personnel.

Related: China is building its first overseas military base in Djibouti — right next to a key US one

“That’s all Western media report on, the military bases,” says a Djiboutian in his early thirties who works in the city’s shipping industry and wished to remain anonymous. “But there is so much more to Djibouti that should be getting written about.”

Djibouti was once little more than a patch of desert in the Horn of Africa known for French legionnaires, scorching heat, and a small ramshackle port accompanied by a particularly dissolute nightlife in the same-named capital city.

But since independence from France in 1977, this tiny republic opposite the confluence of the Red Sea and the Gulf of Aden — a vital world shipping lane — has turned itself into a regional player with strategic and commercial clout. Global militaries are all hankering for a position at the junction of Africa, the Middle East and the Indian Ocean including Saudi Arabia — who now has a camp in the pipeline as well.

“We’ve adapted to all the military, and if we see soldiers in the city, they usually aren’t wearing a uniform, so it’s not a problem,” Linda, a Djiboutian English teacher, says on the train. “I’m not sure why they like Djibouti so much. I think it is because it is strategic.”

Other Djiboutians, however, are more circumspect, especially when it comes to America’s military presence.

“Wherever they go, they attract trouble — America has so many enemies,” says a Djiboutian man who wished to remain anonymous due to working for a foreign company. “And now you have the Chinese with a military here. Once, I was driving a Chinese man who took a photo of the US camp as we drove by and afterward, a military vehicle came screeching out and we got pulled over.”

Driving past the camps, there isn’t much to see apart from acres of multiple levels of protective blast walls with the occasional guard tower silhouetted against bright blue skies during the day, and a brief change in topography — revealing a glimpse of C-130 transport planes lined up beside a runway.

Camp Lemonnier is home to the US African headquarters and its regional anti-terror operations. In addition to its garrison of 4,000 personnel, the site is used for counterterrorism operations, including drone strikes in nearby Somalia and Yemen. 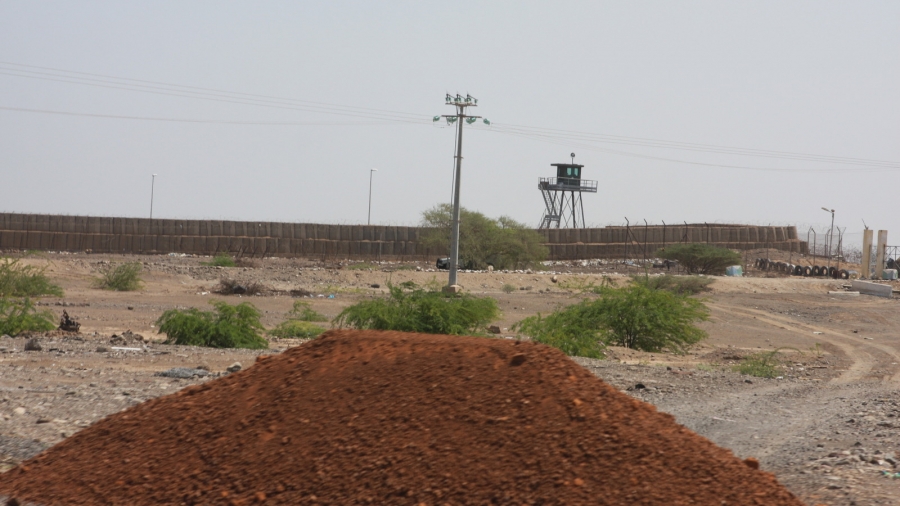 A watchtower overlooking part of Camp Lemonnier, as seen from the road running from the train station into the city.

Russia tried to establish a base in 2016, but the Djiboutian government turned down the request based on concerns about conflicting interests between two superpowers over the likes of Syria and Ukraine. The government obviously decided China coming wasn’t such a problem, but that’s not a view shared by US authorities.

In a speech at the Hudson Institute in October, US Vice President Mike Pence accused China of unfair trade practices, intellectual property theft, increasing military aggression and interference in US domestic politics. His speech was the latest in a slew of authoritative statements and policies from the Trump administration redefining future US strategy toward China.

“Some say World War III could break out in Djibouti,” says a local journalist who asked to remain anonymous due to government suppression of journalists who don’t toe the line. “I don’t trust the military bases. They don’t hire locals, and we have high unemployment. The US camp flies in all its supplies, it doesn’t even buy the local bottled water. There’s very little cooperation between the military and civil society.”

Admittedly, he grants, the US contingent opened a library in the city center, where service personnel come to give English classes, though neither he nor anyone he asked seemed to know its location.

Caught up in shifting geopolitics

Djiboutians aren’t the only Horn of Africa residents whose lives and countries are affected by developing international politics.  Since September, Eritreans have suddenly found themselves able to cross the border into Ethiopia for the first time in 20 years, after a peace deal between the two previous enemies that was helped along by various foreign interests.

But whereas Eritreans appear to be gaining some tangible benefit from such geopolitical machinations, Djiboutians appear to be deriving little — if nothing — from their country serving as a strategic linchpin in the eyes of so many foreign powers.

“Universal health care was started three years ago, but it’s turned out to be a bit of a joke. After the health minister got a divorce from the president’s daughter,  the president ordered an audit that discovered billions of Djibouti francs were missing," says the journalist.

“I had to take my father to the hospital — it was so unprofessional. I really hope I don’t get sick here. The government doesn’t care about the people. They just want foreigners’ eyes to be pleased. This city, which says it wants to become the Singapore of Africa, doesn’t even have a cinema. This country only has one million people for the government to look after — that shouldn’t be hard to do with all the money it is getting.”

Others note that the country’s apparent economic renaissance is undermined by a serious lack of diversification — the ports and military camps are the primary sources of income — and the poor quality of economic infrastructure, the high cost of services and weak institutional capacity. These fiscal weaknesses are exacerbated by a strong current of ethnic tribalism — Somali and Afar being the largest ethnic groups — which dictates who gets a job, regardless of merit, and feeds into massive corruption.

“The tribalism is really killing us as a society,” says the journalist. “It leads to mismanagement and the wrong people in the wrong jobs.”

Despite all this, he explains, Djiboutians typically won’t complain due to a collective mindset that is very easygoing and risk-averse, having seen so many neighboring countries go to pieces. But the government manipulates this acquiescence to its advantage — the khat industry being one of the government’s “biggest weapons,” he says, for maintaining a supine population — hence the glaring contradictions and inequities seen around Djibouti.

“You have these amazing new building developments, but just outside them nothing has changed, the local buildings are in a bad condition and the people are poor,” says the man working in the shipping industry. “You have a rich elite that shops in Paris and don’t care about anyone else.” 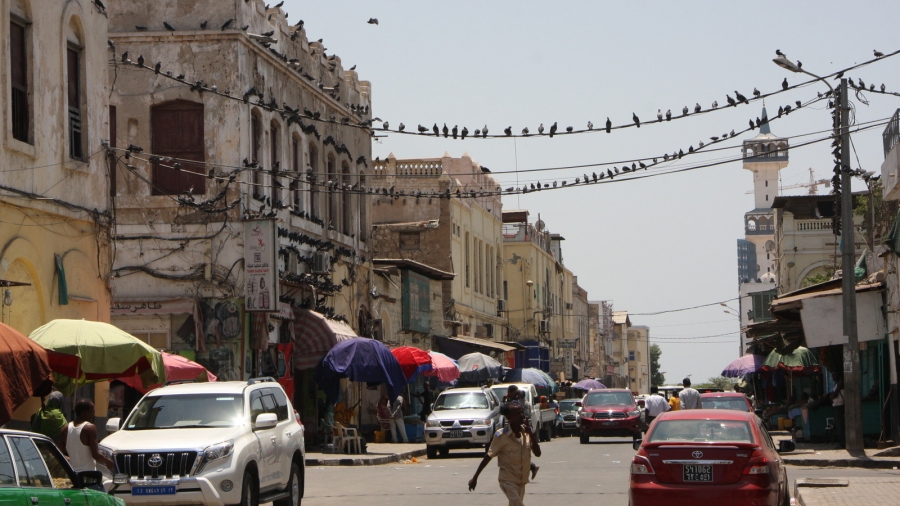 The problem, educated locals agree, is that while regional connections and relations are improving on the macro level — evidenced by the new train, and Eritrea and Djibouti recently rekindling more amiable diplomatic relations — the trickle-down effect to the micro level appears almost non-existent.

“I don’t have much hope for Djibouti,” says the journalist. “Its future depends on its children, and the education here is really bad. There’s no effective opposition, it has no political expertise. I listened to them during the last election talk about foreign policy and they were really bad.”

The journalist suggests it may be best that current president Ismaïl Omar Guelleh remains in power — as he has done since 1999 — because he is at least a shrewd operator on the international stage, capable of increasing Djibouti’s stock.

“After all, he managed to get America and China in the same place,” he says.