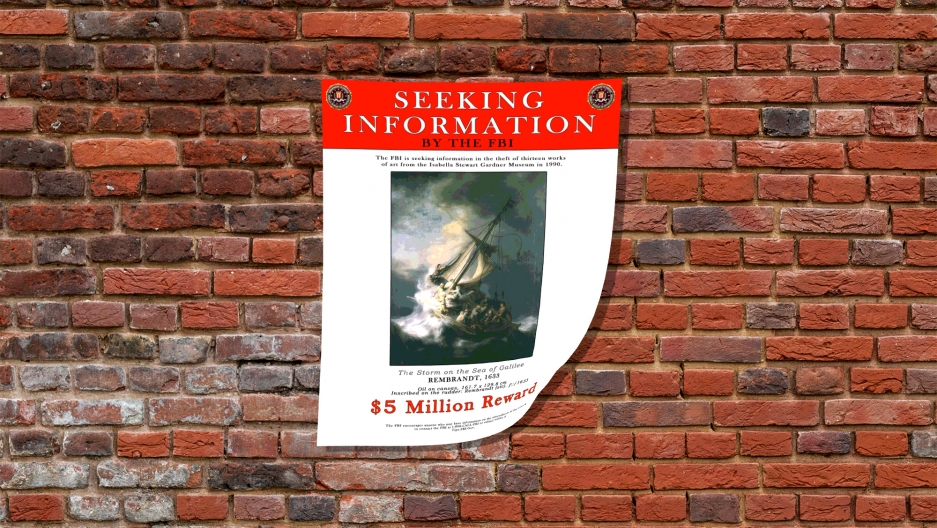 An FBI poster seeking information on the Rembrandt painting, "The Storm on the Sea of Galilee."

In 1990, 13 works of art were stolen from Boston’s Isabella Gardner Museum in what is considered the largest art theft of all time. Now, almost thirty years later, not a single piece has been recovered and no arrests have been made.

WBUR reporters Kelly Horan and Jack Rodolico reopen the case in their new podcast, “Last Seen,” produced in collaboration with The Boston Globe. Kurt Andersen spoke with Horan about some of the new leads their investigation has turned up.

“I had no illusions about solving it myself,” Horan says, “but I do believe that the way that this case will be solved is by recognition of the artworks. Because what we know about art heists of this nature, where a generation has passed before there's been a recovery, it's often down to the recognition of a piece by someone who didn't realize that it was you know in their attic or hanging on their on their kitchen wall.”

Here’s hoping she’s right! You can see the images of the missing artwork on the website of “Last Seen.”