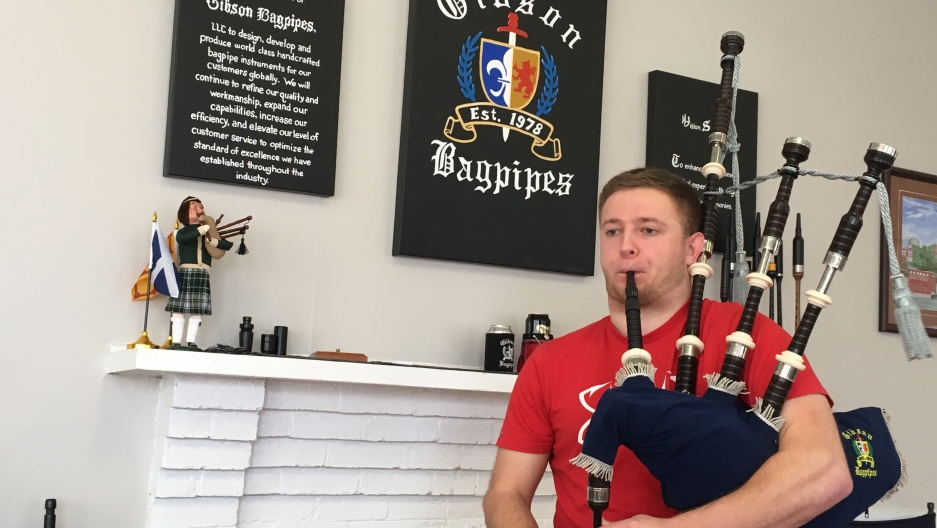 Eryk Bean is in charge of quality control and product development at Gibson Bagpipes, a small company in New Hampshire that exports its instruments around the world.

Gibson Bagpipes sits on a quiet residential street in Nashua, New Hampshire. And I emphasize quiet. One could presume a company that makes handcrafted bagpipes would hum with the noisy drone of bagpipes throughout the grounds. But that's not the case.

Instead, you hear the sound of drills, lathes and sanders. The place reminded me of my dad's woodworking shop he had in our backyard when I was growing up.

Gibson Bagpipes was founded by Jerry Gibson back in 1978, in Willoughby, Ohio. But, when Gibson retired four years ago, he sold the company to a New Hampshire business owner. It's been in Nashua ever since.

Richard Spaulding, operations manager of Gibson Bagpipes, says there "was a lot of trial and error when he [Gibson] started the company. He designed them after some historical bagpipes."

It's all about quality, not quantity. There's a wait time for their handcrafted instruments, each of which is made by one of seven employees. 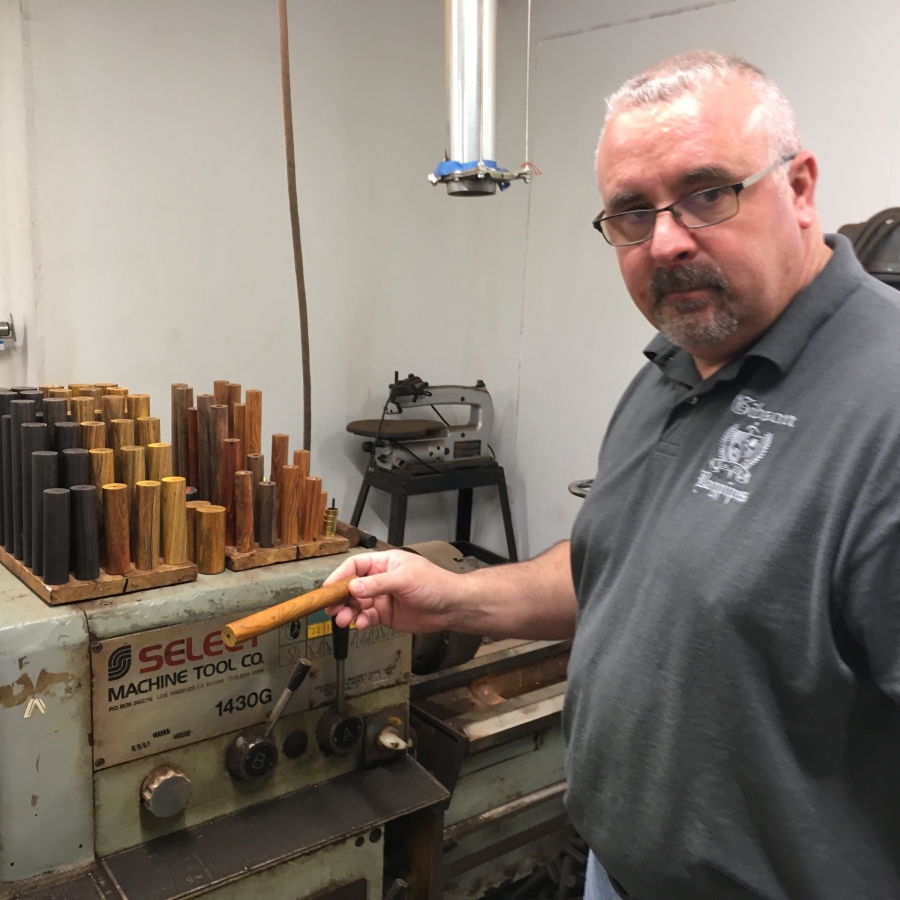 Spaulding admits there are challenges in making handcrafted bagpipes in New England. "One, it's a Scottish instrument that's being made in America, when you have companies in Scotland. ... The bagpiping community is not a large community, but within it, it's very competitive, so we have to fight for our space in the market."

There's another challenge, too: wood.

Gibson uses African blackwood for their Great Highland pipes. These are the iconic-looking bagpipes you see played at parades and funerals.

They also use cocobolo, a tropical wood from Central America, for their smaller pipes. Cocobolo is a lighter-colored wood that is much denser than African blackwood.

There's a "softer tone to it, so it's good for small pipes," says Eryk Bean. He's in charge of quality control and product development.  He's also a piper, so he can pick up subtle differences in wood or craftsmanship.

In 2017, both the African blackwood and cocobolo wood were added to the United Nations' Convention of International Trade for Endangered Species (CITES) list.

Richard Spaulding elaborates. "It's not that we can't use it. It's not like ivory, but they want to start watching it before it does become endangered, make sure it's being harvested legally and there's not a black market that goes with it."

In a nutshell, what this means for Gibson Bagpipes is paperwork. Lots of paperwork. It took an entire year for the company to get the proper permits, so they'd be allowed to export their bagpipes.

Their first round of paperwork was lost by federal agencies. They then had to reapply. And wait. And wait some more.

By October of last year, Gibson Bagpipes was losing its slice of the global market to the tune of a quarter of annual sales.

So they enlisted New Hampshire Governor Chris Sununu to write letters on their behalf. Anything to help get the paperwork through. Finally, by November 2017, all their permits were in place. Gibson Bagpipes could export again.

While the lost paperwork and length of time to get their permits was unique and stressful for them, Richard Spaulding says the UN regulations also affect others. "It's across all pipemakers. ... It's also affecting the pipemakers in Scotland, Canada, wherever. It's an international treaty that's governing these woods."

Pipemaker Alan Waldron of Stirling Bagpipes in central Scotland is one of the affected. Waldron restores antique bagpipes and makes new ones using African blackwood. So, he's had to fill out similar paperwork to export his pipes, too.

Now that Gibson Bagpipes in Nashua, New Hampshire, and Waldron's shop in Stirling, Scotland, are allowed to be a part of the global marketplace, what's the competition like? Waldron says, "Well, I believe the market is big enough for everybody to get a slice of the cake." Looking into 2019, Waldron has a bigger worry — Brexit. "I think Brexit is going to be the big problem, where my paperwork to send anything to the European Union will be much worse."

Bagpipes and bureaucracy. I guess it doesn't matter what side of the pond you're on: It's a harsh mix that has no borders. 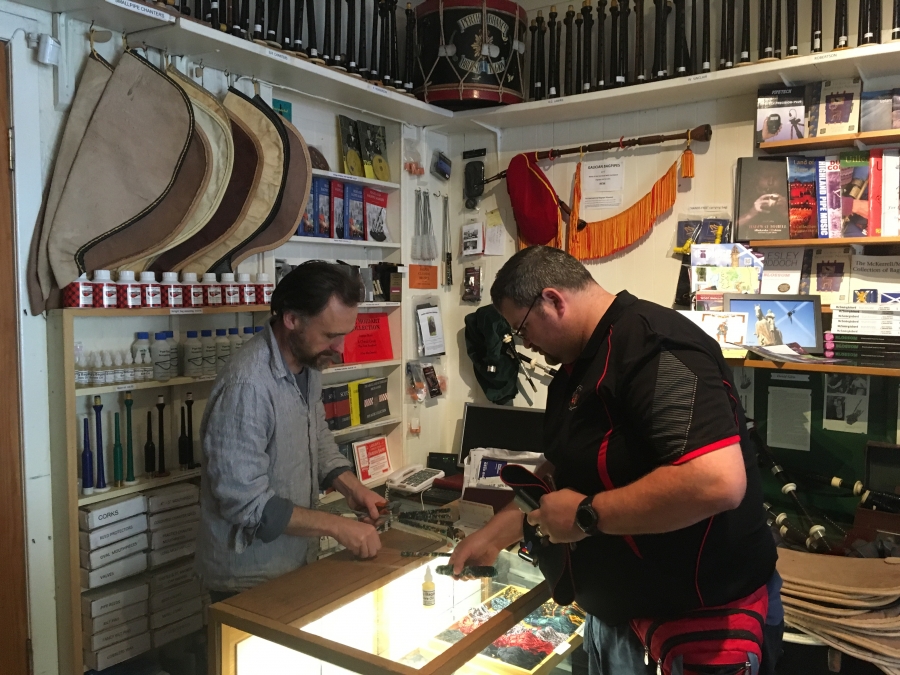 Alan Waldron restores antique bagpipes and makes new ones at his shop in Scotland.