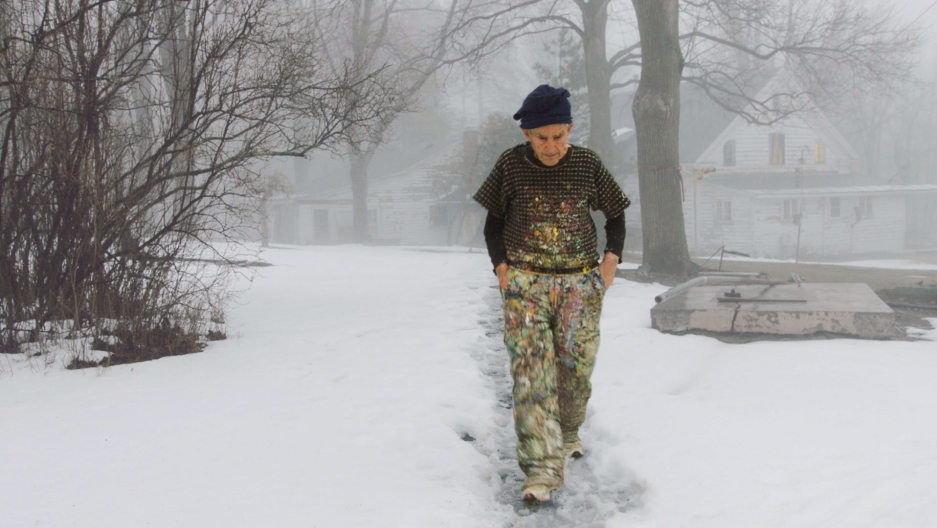 Painter Larry Poons walks to his studio in a still from the documentary “The Price of Everything.”

A few weeks ago something extraordinary happened at a Sotheby’s art auction in London.

After the gavel went down on a work by the anonymous, mysterious British artist Banksy, the very piece that someone just bought for $1.4 million was shredded — or, partially shredded — right there in the frame.

Despite the fact that the work of art was destroyed, its value seemed to go up.

“We had numerous — like too numerous to count — requests to buy the work,” said Amy Cappellazzo, Sotheby’s chair of the Fine Arts Division. “Of course the buyer who bought it had the first choice to buy it.”

And, naturally, the buyer went through with the sale because now he or she has an historic and unique piece of contemporary art. But the stunt prompted the rest of us to have a big think about what words like “value” even mean when it comes to art.

As luck would have it, there’s a fantastic new documentary that grapples with this very question. “The Price of Everything,” directed by Nathaniel Kahn (“My Architect”), goes inside both the creative and financially speculative zones of the art world. Nathaniel Kahn and Amy Cappellazzo, who figures prominently in the film, join Kurt Andersen in a discussion about the film and the manic state of the contemporary art market.

The documentary “The Price of Everything” is available to stream on HBO starting November 12.