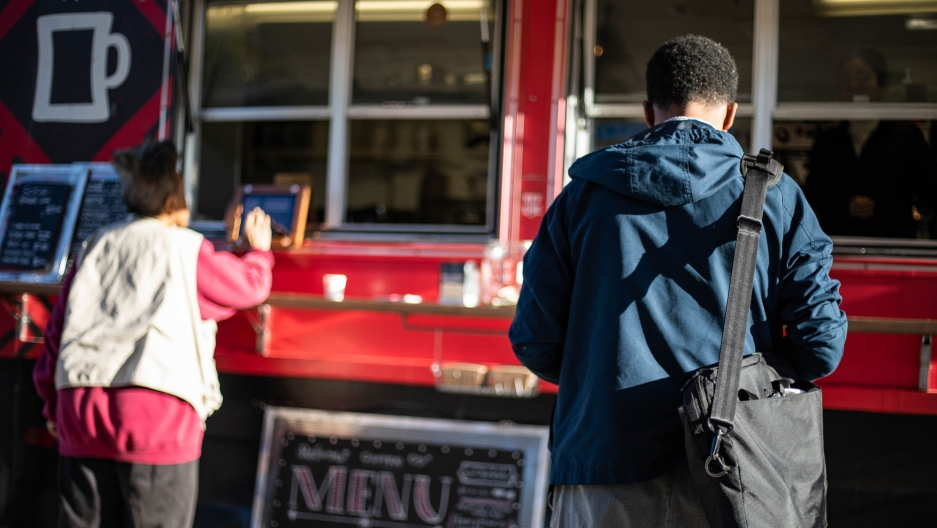 Customers line up at Refuge Coffee Company on Wednesday morning in Clarkston, Georgia.

Like a lot of the country, many people around Georgia woke up a little tired on Wednesday after a long night waiting to see what might happen with their highly contentious election for governor. And at the time of this writing, it’s still too close to call.

In an election that garnered the spotlight far beyond Georgia's borders, Republican Brian Kemp has a slim lead over Democrat Stacey Abrams. Kemp is the current Georgia Secretary of State, and that office oversees elections. He’s expressed confidence about his win, adding that “[t]he math is on our side.”

Abrams is former minority leader of the Georgia House of Representatives. If she prevails, she would be the first black governor of Georgia. As yet, she hasn’t conceded the race. But, Kemp has claimed victory.

The gubernatorial election seemed to place Georgia, and perhaps the US, at a crossroads — choosing between a nationalistic path with a lot of negative rhetoric against immigration and an alternative, progressive agenda with Abrams advocating for policies on behalf of minority group constituencies.

We wanted to see how some in the state were feeling — while the governor’s race remains undecided. So we traveled to Clarkston, Georgia, a suburb of Atlanta known as the “most diverse square mile,” to get reactions. 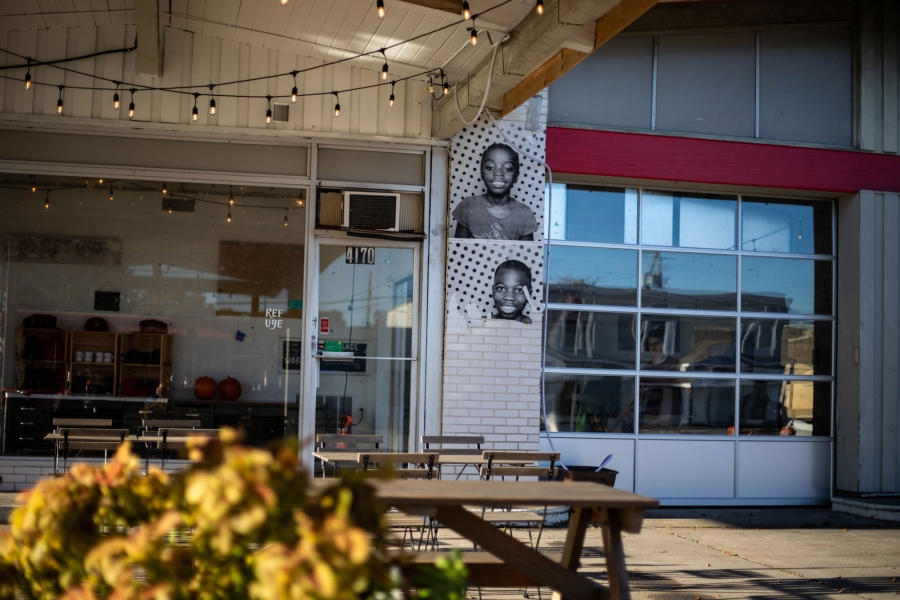 Clarkston is home to Refuge Coffee Company which provides employment and job training for the many refugees resettled in the city as part of the state resettlement program.

It’s here where we met with the mayor, Ted Terry, who supported Abrams. Despite the gubernatorial contest being uncertain, he remained optimistic about Georgia’s future. 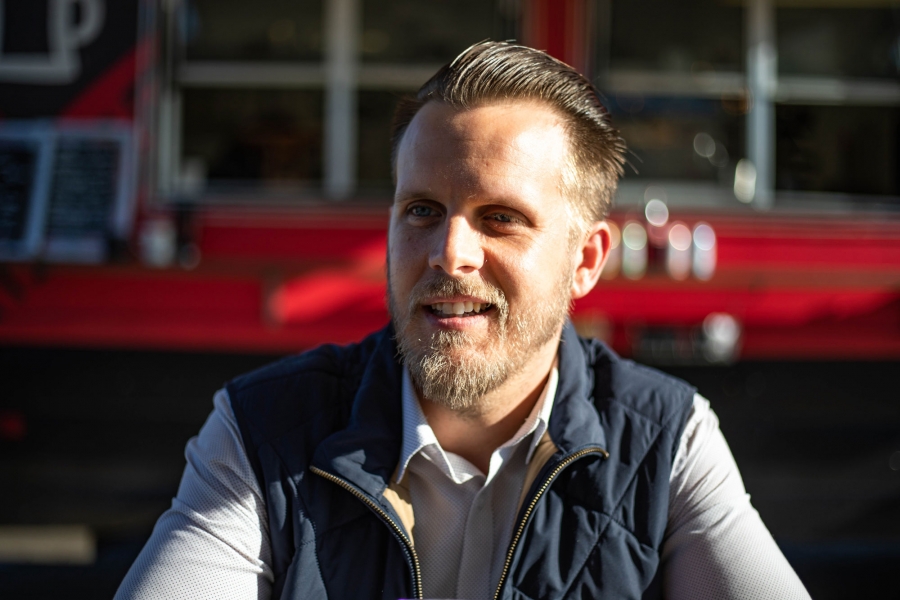 “I think the fact that we, four years ago, saw candidates who were more supportive of diversity and immigration in general, did a lot worse,” Mayor Terry said. “So, the fact that Stacey Abrams and the Democratic candidates got so close … is feeling really good.”

Others could only feel the uncertainty in the air — uncertainty over the moral compass of Georgia and the US — whatever the outcome. 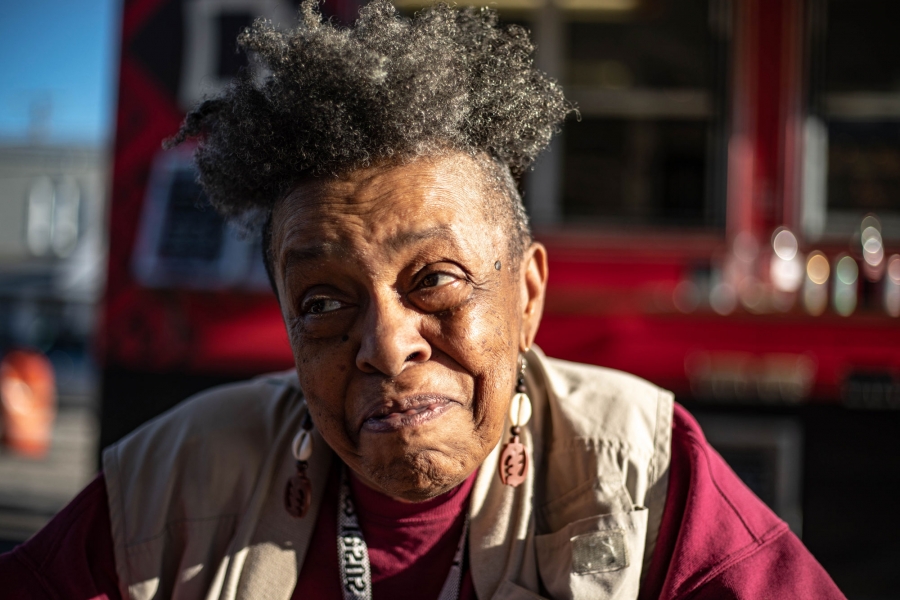 “It’s almost ridiculous to imagine the ordinary mind being able to make any kind of truly intelligent decision about what is guiding this country and what’s going to guide it and where the moral compass is accepted,” said Paula Larke, a Clarkston resident. 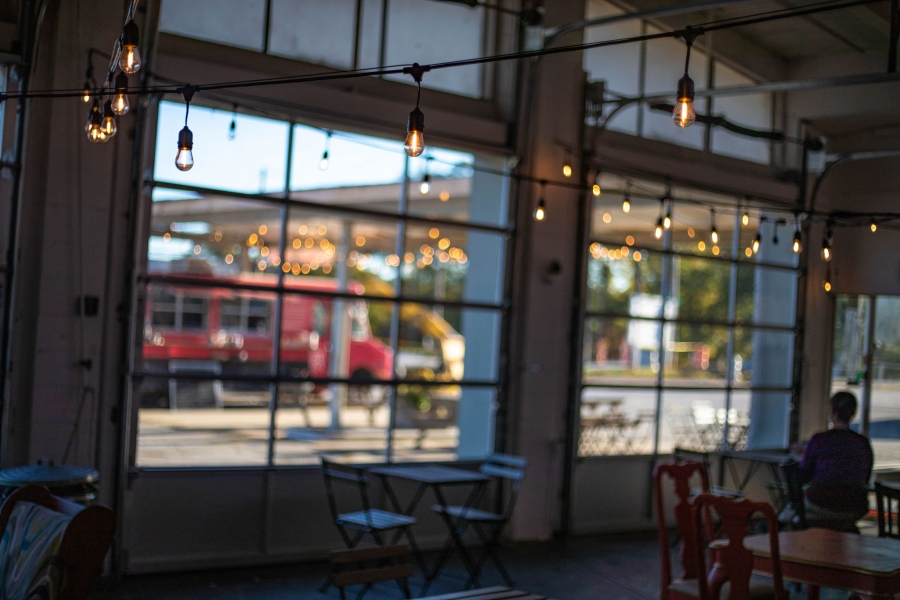 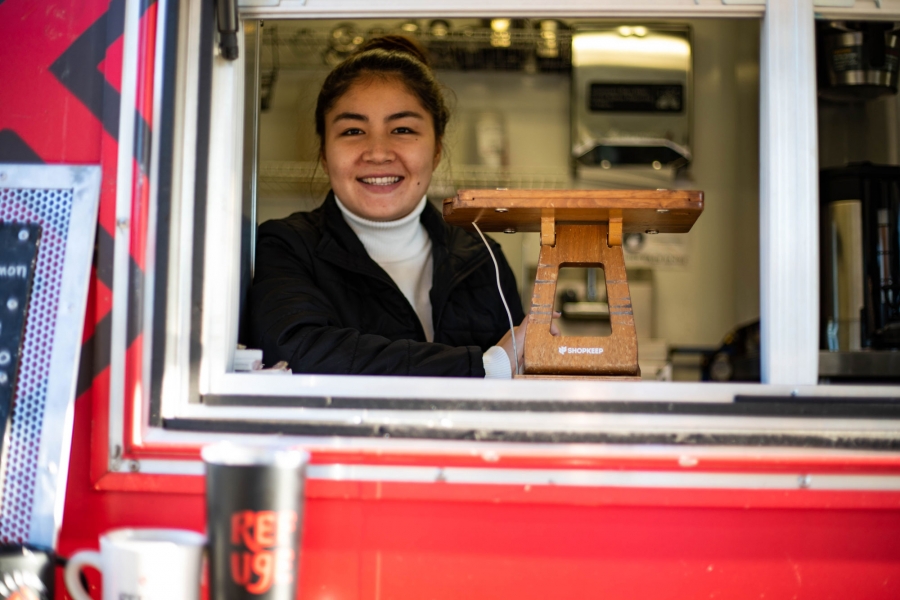 Somayyah Maqsudi is a refugee from Afghanistan and Refuge Coffee Co. employee. She said while she couldn’t vote in this election, she spent the election with friends.

“We just hope it ends up OK,” Maqsudi said.

Just five miles from Clarkston, in sharp contrast to the city’s diversity, is the controversial monument to the US Confederacy, Stone Mountain. The rock relief features a carving that depicts three Confederate figures, Jefferson Davis, Robert E. Lee and Stonewall Jackson. 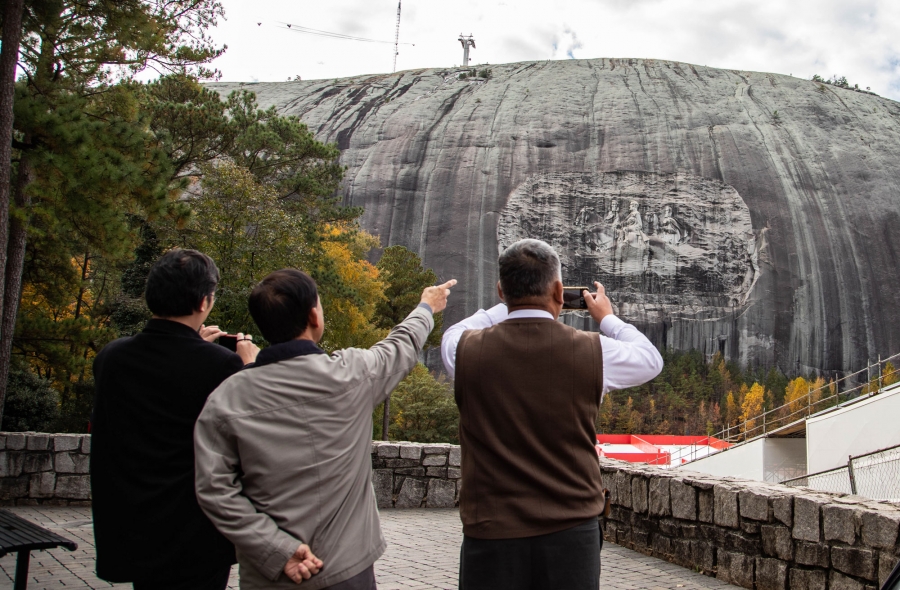 Stone Mountain is an example of the long fight in Georgia over history and race. Post-election, the state’s entering a new phase of that fight, while residents wonder over Georgia’s future. And that future includes more diversity than the past; the Atlanta area has one of the fastest growing immigrant populations. 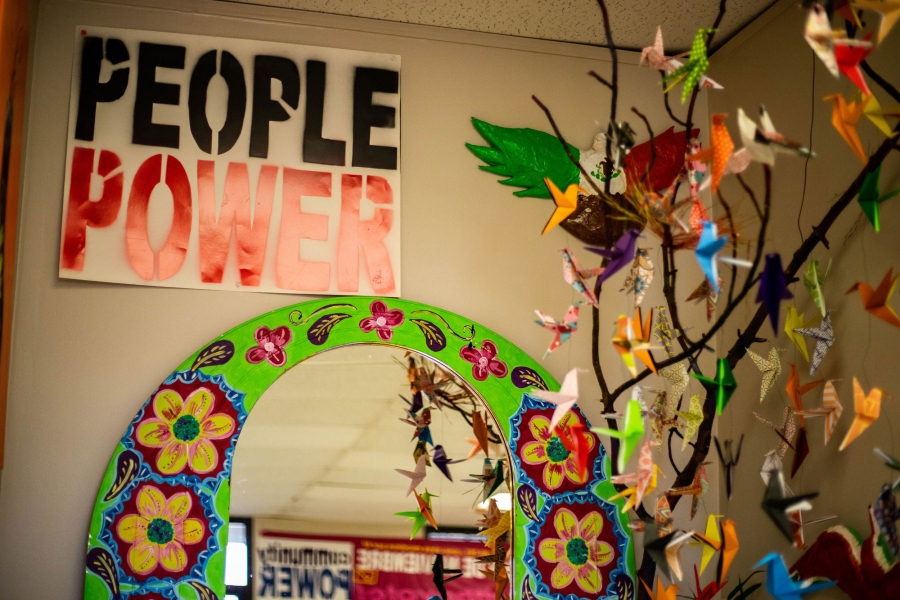 A sign hanging in the office of the Georgia Latino Alliance for Human Rights.

Tania Unzueta, an organizer for Mijente, an organization that advocates for Latino causes, is planning an educational campaign in Spanish to let Latinos know what happened on election night, and what might happen next — a possible runoff for governor on Dec. 4. 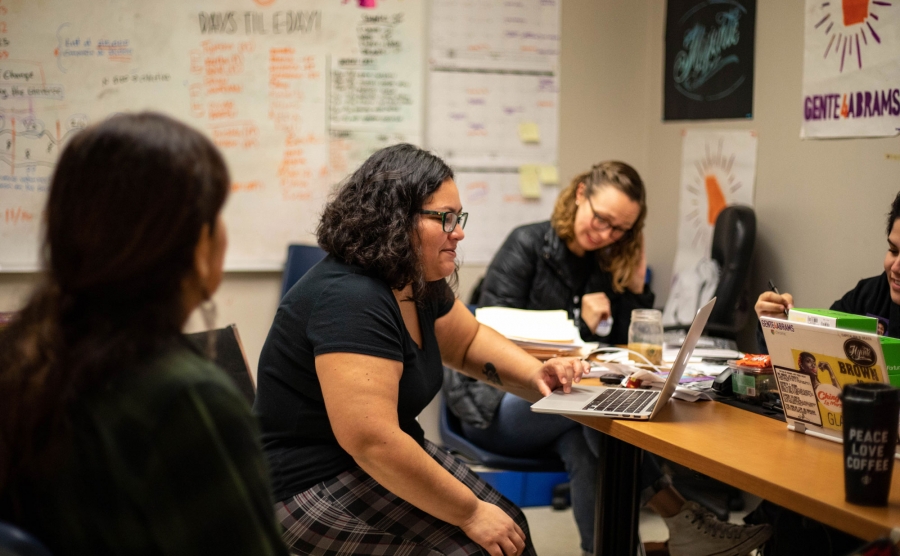 Tania Unzueta holds an election debrief with her colleagues at the Georgia Latino Alliance for Human Rights.

“A lot of the job for us this election has been educating people about what the electoral process is,” Unzueta said. “Folks who have never known how to vote — that there are primaries and what that means. And I think now it’s the job of the runoff and explaining to people why that is a thing — why this year they needed to cast three votes, for example, instead of one.”

*A previous version of this story incorrectly named Paula Larke. We regret the error.