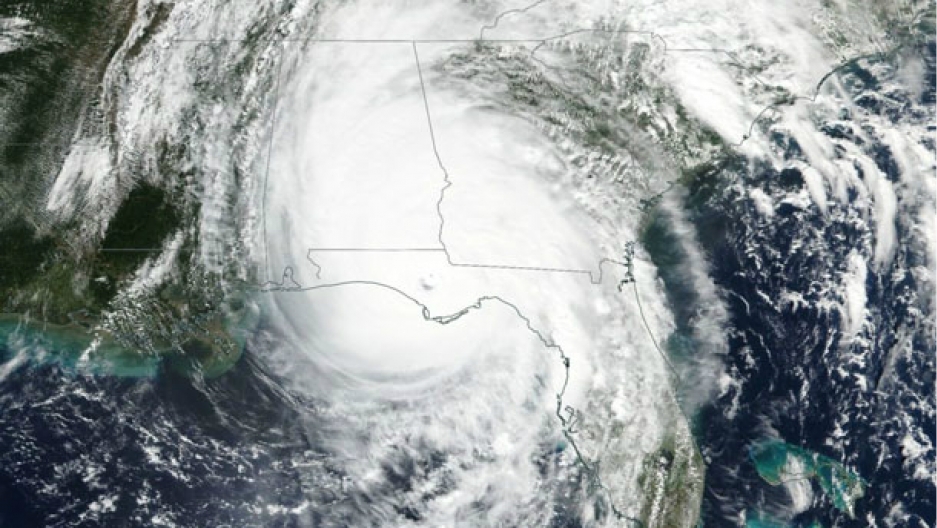 Hurricane Michael makes landfall in the Florida panhandle on Oct. 10, 2018.

When Hurricane Michael came ashore in the Panhandle of Florida on Oct. 10, it shredded buildings with the sheer force of its Category 4 winds and swept away entire neighborhoods with an 8- to 12-foot storm surge.

Michael was the third strongest hurricane ever to make landfall in the continental United States. Fortunately, it passed through fairly quickly and dropped less rain than other recent major hurricanes such as Florence, Harvey, Irma and Maria. Only the Labor Day hurricane of 1935 and Hurricane Camille in 1969 had lower barometric pressures, a key measure of hurricane strength.

Even some storm experts were surprised by how Hurricane Michael intensified from Category 1 to Category 4 in just 24 hours. But, according to Michael E. Mann, distinguished professor of atmospheric science and director of the Earth System Science Center at Pennsylvania State University, we can expect more of this type of phenomenon as the oceans continue to warm.

Ocean waters have warmed about 1 degree Celsius globally. As a result, ocean levels have risen between half a foot and a foot along Florida’s Gulf Coast and on the US East Coast.

“Sea level rise adds to the storm surge of every single storm that makes landfall,” Mann says. “In the case of Superstorm Sandy, in 2012, it added a foot to that 13-foot storm surge. One foot might sound like a modest amount, but it meant 25 more square miles of coastal flooding. It meant several billion dollars worth of additional damage. Same thing with Florence making landfall in North Carolina — sea level rise added about a foot to that storm surge.”

Warmer ocean temperatures also lead to what scientists call rapid intensification, as with Hurricane Michael. “We have seen this now so many times, where a storm balloons from a minor tropical storm to a major hurricane over the course of a day or two,” Mann says. “That only happens over very warm seas.”

The science is clear on the relationship between warm waters and the damage caused by these rapidly intensifying storms, says Mann. Each degree Fahrenheit of ocean warming translates into a 7 percent increase in maximum wind speed. While 7 percent may sound modest, the destructive potential of a storm increases by three times the increase of its wind speed.

“A 7 percent increase in wind speed is a 21 percent increase in the destructive potential of the storm,” Mann explains. “That's with one degree Fahrenheit ocean warming. With Hurricane Michael, those temperatures were 2 to 3 degrees Celsius above pre-industrial temperatures. If you do the math, that means it was probably twice as destructive as it would have been in the absence of human-caused warming.”

In addition, each half degree Celsius adds 4 percent more moisture to the atmosphere, which increases the potential for torrential rains, like those that occurred during Hurricane Florence.

The recent International Governmental Panel on Climate Change report has added to the global concern about humanity’s ability to mitigate the worst effects of a warming planet.

“I'm certainly frightened of the possibility that we will not act in time,” Mann says. “I hold out cautious optimism that we will. And let me be specific: Do I hold out much optimism for stabilizing warming below 1.5 degrees Celsius? No, I don't at this point. Do I still see stabilizing warming below 2 degrees Celsius as possible? I do, but we need to dramatically reduce our carbon emissions — not 10 years from now — now.”

“It isn't a cliff that we go off of at 1.5 or 2 degrees Celsius,” he explains. “It's much more like a minefield that we walk out onto and the further out onto that minefield, the more likely it is that we set off these devastating detonations. And that is why we have to limit the warming as much as we possibly can.”