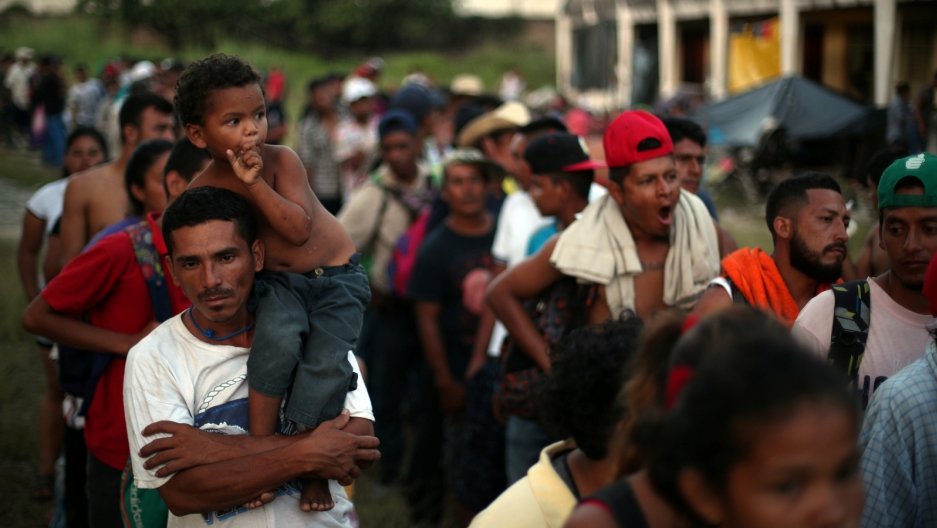 Migrants, traveling in large groups of thousands from Central America en route to the United States, queue for food donations in a makeshift camp in Matias Romero, Mexico, Nov. 1, 2018.

On Oct. 19, thousands of Central American migrants tried to cross the bridge between Guatemala and Mexico, seeking safety up north. News outlets broadcast the painful moans of people being crushed one against the other and the screams of children. We saw the desperate looks of mothers as authorities in Mexico tried to push back the crowd with batons and pepper spray. The following day they were permitted to cross over.

The migrant "caravan" of 7,000 — mostly from Guatemala and Honduras — is heading for the United States.

Once the migrant caravan news was presented to US President Donald Trump, he said the flow of people contained “dangerous criminals,” and he pressured the Mexican government to stop the “invasion.”

Trump also threatened to cut humanitarian aid to Central American countries. He announced he was sending more than 5,000 troops to the US-Mexico border. As the migrants' journeys began to receive more attention, many asked: “Why are these people coming to the US?” 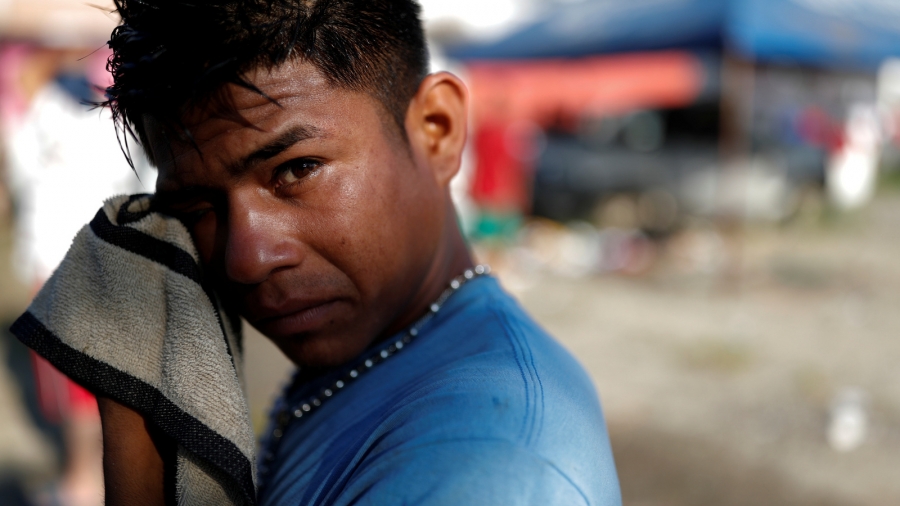 Edwin Sanchez, 19, a migrant from Honduras, traveling with a large group of migrants to the US. takes a moment to wash his face in Huixtla, Mexico, Nov. 1, 2018.

Necessity obliges us to leave

The answer is complex. “Una necesidad nos obliga,” a 20-year-old man told the Washington Post. Necessity obliges us to leave.

As a professor, sociologist and father whose own family once crossed the border of Mexico for a better life in the US, I reflected on this. Poverty and violence are the main factors driving the migration. The proliferation of gangs, narcotics trafficking, corruption and impunity are all endemic problems in Honduras and Guatemala.

Honduras is one of the world’s deadliest places that isn’t a war zone. Droughts and floods have also had devastating consequences on agricultural economies. These people are traveling in large numbers for their own protection, to avoid having to pay a smuggler and to minimize the risk of crime.

A deadly history of US involvement

But the roots of their plight are connected to larger issues and hemispheric politics played out over decades. Rage and threats will not make the caravan go away, as noted in a recent report by the research and advocacy group Washington Office on Latin America (WOLA).

Governments cannot prevent citizens from leaving their own countries.

Guatemala provides a great case for how US involvement has contributed to political instability and economic inequality in Central America. The country of 17 million people, many of whom are of Indigenous descent, elected their second democratically chosen president in 1951. President Jacobo Arbenz passed a series of populist policies that included land redistribution and expanding access to education for the neediest people in Guatemala.

This angered US-owned companies like the United Fruit Company. In 1954 the US CIA orchestrated a coup and installed a series of military dictators who enforced a crackdown against all government opposition.

This crackdown included dropping napalm on Indigenous villages thought to contain guerrilla fighters. Additionally, military soldiers were ordered to “desaparecer” or “disappear” anyone suspected of opposing the government.

About 200,000 people, mostly Indigenous, were killed in the country. These issues continue to reverberate today as the political class colludes with and protects criminal groups.

Honduras also has a long history of US involvement, both economic and military. The US presence began in the late 1890s when US-based banana companies first became active there. The US military intervened in 1907 and 1911 to protect US interests and further cement the ruling class’ dependency on Washington.

Honduras has undergone political turmoil since a 2009 military coup against populist president Manuel Zelaya. The US froze aid but it was restored shortly thereafter. Similarly, in the 2018 election, the results were contested and the country was once again plunged into a political crisis. At least 30 were killed, most of them opponents of US-backed President Juan Orlando Hernandez, who was accused of rigging the vote.

The caravan of desperate and hungry migrants from Central America did not create itself. It was created by meddling governments and indifferent neighbors.

While about 1,600 migrants have made official asylum claims in Mexico, many are continuing their journey north and Mexican authorities have not tried to stop the caravan. 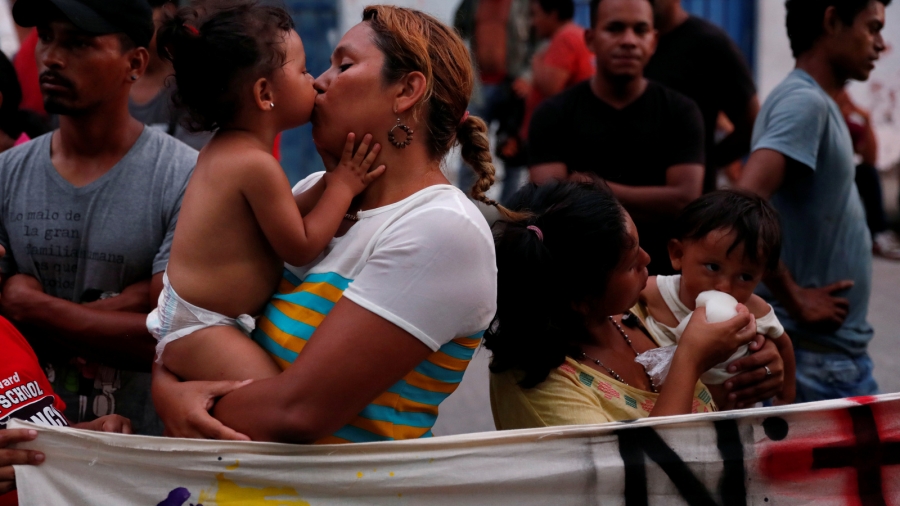 Nubia Reyes receives a kiss from her daughter Marcela Molina, 1, as they take part in a march to a local church to pray and receive blessings with many other members of a caravan traveling to the US, in Huixtla, Mexico Nov. 1, 2018.

In a video message posted to social media President Enrique Pena Nieto announced a plan called “Estas en tu Casa” (You are at Home). The government offered shelter, medical attention, schooling and jobs to the migrants on the condition they seek asylum with the National Immigration Institute and remain in the southern states of Oaxaca and Chiapas.

However, it is unsurprising that Central Americans do not trust their chances for a fair asylum process in Mexico, a country with a high homicide rate and a history of discrimination against migrants. Just a few days ago, a photo was published on social media of a group of racist skinheads in Mexico City leading an anti-Central American caravan campaign.

We need to address the key factors that allowed this caravan to exist. We need to prevent powerful governments from meddling in the affairs of other nations. And we need to sanction those who do. These migrants deserve a fair hearing, a chance to ask for protection in the US and a timely and fair resolution of their claims. And we need to stop the state-sponsored violence.

Jerry Flores is an assistant professor at the University of Toronto.