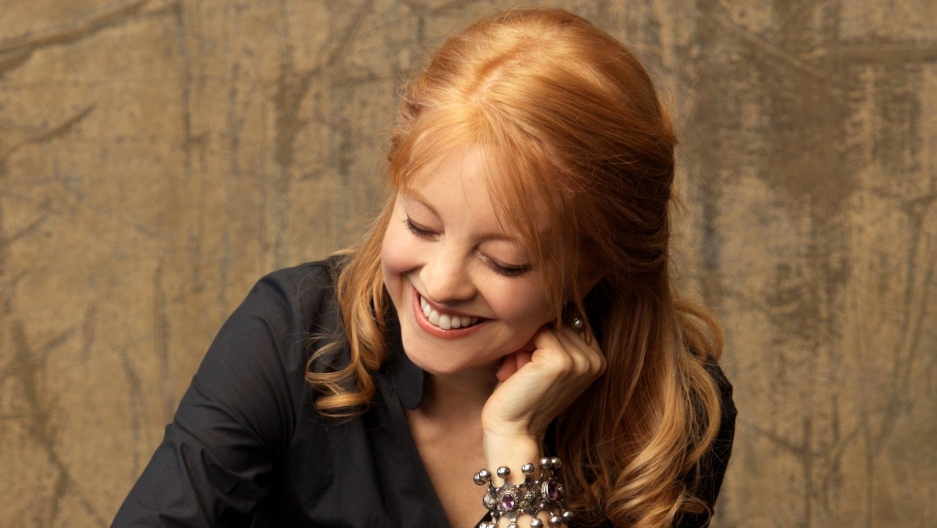 Maria Schneider is a rarity in jazz.

She conducts her own jazz orchestra that can blast like a big band and also play paradoxically intimate. And she is a consummate songwriter who takes a classical music approach to composing jazz.

To delve into Schneider’s creative process, Studio 360 followed the composer in 2013 and 2014 as she was putting together her album “The Thompson Fields.”

Host Kurt Andersen first meets up with Schneider in her apartment in New York where she was still tinkering with the harmonies and struggling to finish the album’s eponymous song, “The Thompson Fields” —  inspired by the memory of a field of soybeans in her tiny hometown of Windom, Minnesota.

“I’m not happy until I’m sitting on that silo and I am feeling and I am seeing all these families and I’m seeing all my parents’ friends who are gone,” she says.

Kurt follows up with Schneider a year later to find out if her earlier tinkerings made it into the final song and how it all came together.