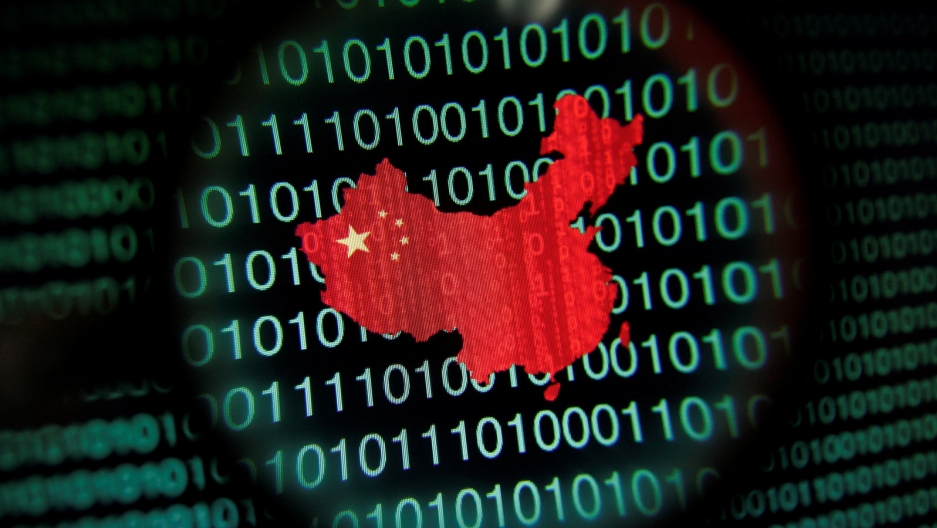 A map of China is seen through a magnifying glass on a computer screen showing binary digits, photo illustration taken on Jan. 2, 2014.

China's restrictive internet policy and digital surveillance have spread worldwide over the last two years; the government is training countries with emerging markets about surveillance processes and Chinese companies are furnishing the tools, a democracy watchdog group's annual report says.

Freedom House, whose main financier is the US government, said in its report on Wednesday that China's export of "digital authoritarianism" had become a major threat to sustaining democratic governance in some countries.

In effect, countries are using the curbs to violate human rights, he said.

Related: The risks of a new Cold War between the US and China are real: Here's why

Freedom House said China has been leading the charge. It has hosted seminars on cyberspace management since early 2017 with representatives from 36 out of 65 countries tracked by Freedom House, including nations in the Middle East and Southeast Asia. The 65 countries represent 87 percent of the world's internet users, the group said.

Meanwhile, Chinese technology companies have provided or are set to provide internet equipment to at least 38 of the tracked countries and artificial intelligence systems for law enforcement in 18 countries, the report said.

"Beijing has been on a clear charm offensive to woo government officials and media elites," Shahbaz said. "Officials in Beijing hope to cultivate allies to follow its lead on global internet policy."

Speaking in Beijing, Chinese Foreign Ministry spokesman Lu Kang said the accusations made in the report were "unprofessional and irresponsible" and had "no foundation in fact." He did not elaborate.

To be sure, declining internet freedom has been a consistent global trend for nearly a decade. And Chinese foreign investment and influence efforts are not new.

But Freedom House said the threat to human rights has grown in severity as powerful technology becomes more accessible to governments and their people.

As fake news on social media has become a deadly problem, governments are using it as an "opening wedge for censorship," Michael Chertoff, the group's chairman and a former US secretary for the Department of Homeland Security, told reporters by phone.

Related: How a diplomatic crisis among Gulf nations led to a fake news campaign in the United States

Chertoff said governments should emphasize "digital hygiene" education and called on multinational firms to take a stand against governments going too far.

Freedom House senior officials said they were dismayed that the United States under President Donald Trump had emboldened attacks on democratic media and limited net neutrality, adding to the global trend.