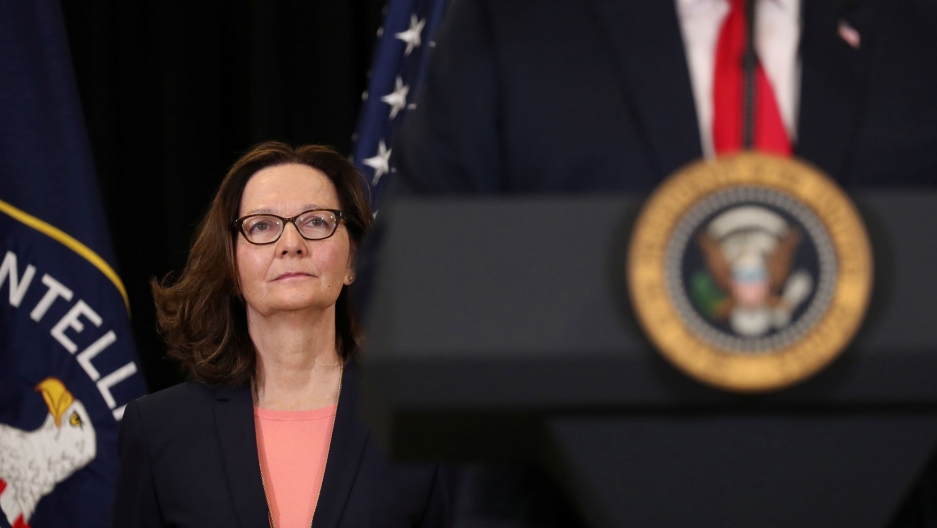 During a visit to Turkey this week, CIA Director Gina Haspel reportedly heard an audio recording of the killing of Saudi journalist Jamal Khashoggi.

The killing of Khashoggi, a Washington Post columnist and a critic of Saudi Arabia's de facto ruler, Crown Prince Mohammed bin Salman, has sparked global condemnation and mushroomed into a major crisis for the world's top oil exporter.

Saudi Arabia first denied any role in Khashoggi's disappearance before blaming his Oct. 2 death at the Saudi consulate in Istanbul on a botched attempt to return him to the kingdom.

On Thursday, Saudi state Ekhbariya TV quoted the Saudi public prosecutor as saying Khashoggi's murder was premeditated, and that prosecutors were interrogating suspects on the basis of information provided by a joint Saudi-Turkish task force.

Turkey has dismissed Saudi efforts to blame rogue operatives and urged the kingdom to search from "top to bottom" for those responsible for the killing of Khashoggi.

Haspel, who arrived in Turkey on Monday, listened to an audio recording of Khashoggi's killing during her visit, according to the sources, speaking on the condition they were not further identified.

Representatives of the CIA declined to comment on Haspel's review of the recording.

"We have shared with those who sought additional information some of the information and findings that the prosecutor has allowed us to share and that is legal to share," Turkish Foreign Minister Mevlut Cavusoglu told reporters on Thursday.

Prince Mohammed promised on Wednesday that the killers would be brought to justice, in his first public comments on the matter.

He spoke hours after US President Donald Trump was quoted by the Wall Street Journal as saying that as Saudi Arabia's de facto ruler, the crown prince bore ultimate responsibility for the operation that led to Khashoggi's death.

The killing overshadowed a major business conference in Riyadh this week but Prince Mohammed, striking a defiant tone,  told international investors on Wednesday that the furor would not derail the kingdom's reform drive.

"We will prove to the world that the two governments (Saudi and Turkish) are cooperating to punish any criminal, any culprit and at the end justice will prevail," he said to applause.

The crisis has strained Riyadh's critical relations with the West — revolving around Middle East security and oil supplies — and led dozens of Western officials, world bankers and company executives to shun the three-day conference.

Riyadh's energy minister said it had signed $56 billion of deals at the conference despite the partial boycott and that it expected the United States to remain a key business partner.

"The US will remain a key part of the Saudi economy because the interests that tie us are bigger than what is being weakened by the failed boycotting campaign of the conference," Saudi Energy Minister Khalid Al-Falih told Saudi state TV.

Britain, like the United States a major weapons supplier to the kingdom, has described Riyadh's explanations for the killing as lacking credibility. France has said it will consider sanctions against Saudi Arabia if its intelligence services find Riyadh was behind Khashoggi's death.

For their part, the Trump administration and the US defense industry are scrambling to save the few actual deals in a much-touted $110 billion arms package for Saudi Arabia.