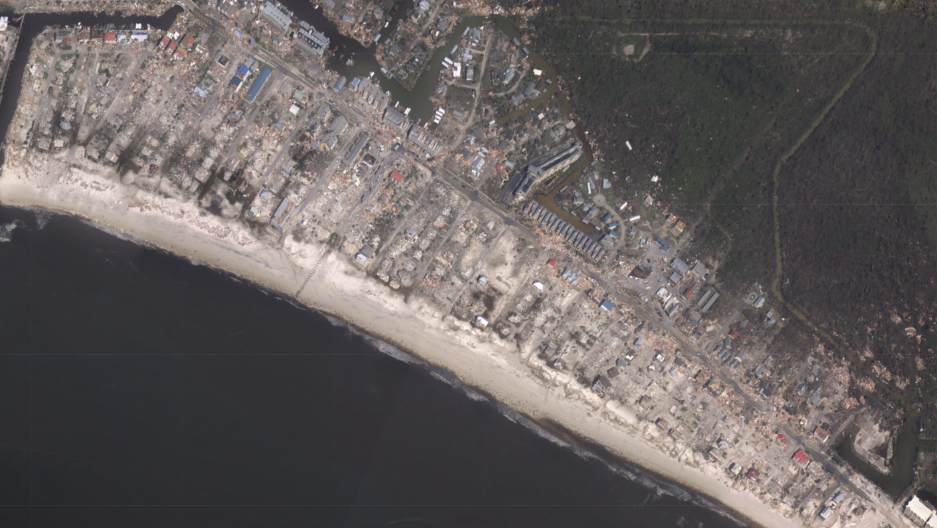 An aerial view of the immense damage in Mexico Beach, Florida, which suffered a direct hit from Hurricane Michael on Oct. 10, 2018. The new IPCC report warns that this type of fast-developing and powerful hurricane will become more common as global temperatures rise.

A special report issued by the Intergovernmental Panel on Climate Change (IPCC) on Oct. 8, 2018, spells out the need to move quickly to curtail global warming to no more than 1.5 degrees Celsius from pre-industrial levels.

Keeping below the “aspirational” 1.5 degrees goal spelled out in the Paris Climate Agreement is going to be tough, but the impact of failure will be even tougher, says Princeton professor Michael Oppenheimer, who for years has been a lead author for IPCC reports.

The effects of climate change are already here. They are projected to worsen over time and the point at which the…possibility of very big impacts starts to increase markedly is not toward the end of this century, but very close, a matter of a decade or two away, if we do nothing — or more or less nothing, like we're doing now — to reduce the emissions of the greenhouse gases that are causing the problem.

The IPCC produces thorough assessments of all scientific knowledge on climate change every six years or so. In between these major assessments, it produces quick and pointed assessments on specific pieces of the problem called special reports.

The special report just released focused on one specific question: At which level should we restrain warming in order to prevent entering a danger zone, where the risks become so high that we may not be able to cope as a species?

In 2015, when the government called for this special report, many scientists doubted that there would be much difference between the impact of 1.5 degrees or 2 degrees. They realized through their research, in regards to extreme heat and flooding, there are actually big differences, Oppenheimer says.

Already, there are places, particularly islands in the Pacific and megacities all around the world, for which the incidence of the benchmark hundred-year storm or hundred-year flood event increases markedly even by 1.5 degrees. At that level, what is today a hundred-year event becomes a yearly event. Think about that. We don't deal with those kinds of events effectively now, even though they’re very rare. What happens when they're happening all the time? 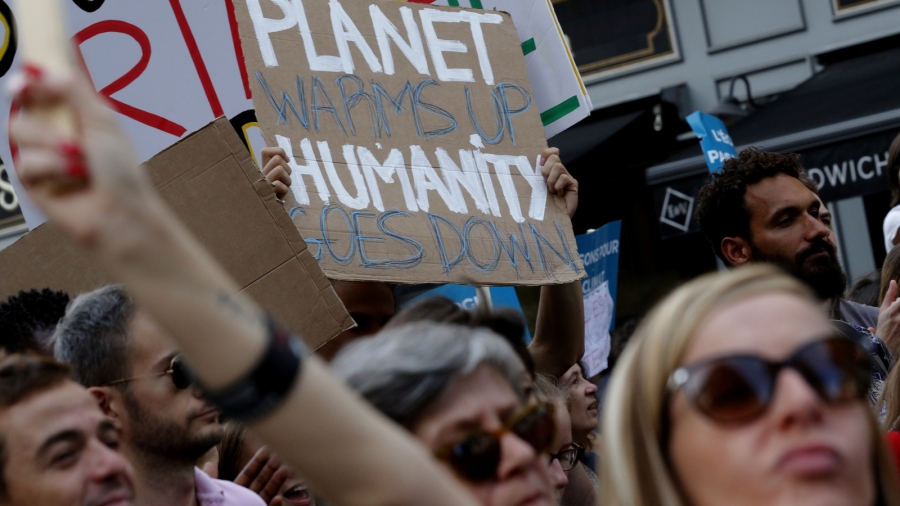 The report says that nations of the world have a dozen years or so — until 2030 — to reach a net zero output in carbon emissions. Oppenheimer believes this is no longer achievable, but he also believes the media has over-emphasized this aspect of the report.

The framing that we have 12 years left or else is counterproductive; it will just scare people. The report doesn't frame it that way ... The reality is, at every step you do the best you can, and if you don't quite make the target, you try to do a little better in the next decade or the next couple of decades.

“The world doesn't come to an end because of this. The risk just increases markedly and it becomes very, very hard to cope, eventually,” he stresses.

That doesn't mean societies will completely disintegrate. Some will. Sea level rise is going to destroy some coastal societies, particularly in small island states. But it will make life miserable, expensive and uncomfortable for the rest of us.

Contrary to what most people think, Oppenheimer adds, the report finds that the challenges of limiting the threats of climate change are not primarily technological. The real obstacles are social and political. The central question, he says, is how societies can organize to become more efficient and independent of fossil fuels.

Related: Global warming: What happens if we do nothing?

Societies must reinvent themselves. In the US, for instance, a widely accepted pattern of development automatically guarantees high energy use.

At the most general level, this means abandoning fossil fuels as primary energy sources — halting the use of coal for electric power production as soon as possible and reducing and eventually eliminating our dependence on petroleum-based products like gasoline.

The even bigger challenge, according to Oppenheimer, is that there is already so much carbon dioxide in the atmosphere that even if we slow down rapidly and eliminate our dependence on fossil fuels, we will eventually need to find a way to remove some of that carbon from the atmosphere.

“Not immediately,” he says, “but as we get toward mid-century, it seems we're going to need a way to suck the carbon dioxide out of the atmosphere — and people are working on that.”

While acknowledging the dire realities the world faces, Oppenheimer points to signs of hope: diminishing reliance on coal, particularly in the US; increasing penetration of renewable energy into the market; and rapid development in battery storage capacity. He also says:

If you step back and look at human history, human beings are very clever at creating dangerous messes and then almost as good at cleaning them up afterward.

The most promising analogy is the nuclear arms race.

We haven't put the genie back in the bottle and something could still go wrong, but we significantly reduced the risk of a large-scale nuclear exchange, which would essentially make the Earth uninhabitable. You can look at that and ask, ‘Well, is that encouraging?’ And I think, yes, it is. Human beings are smart sometimes and are able to see their mistakes and act collaboratively — as countries in the same soup — to get out of the soup.