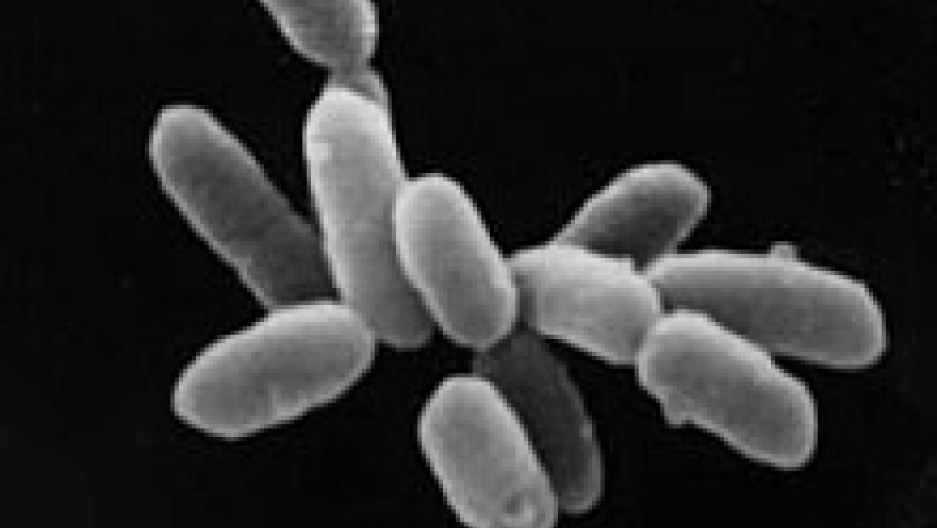 The discovery of achaea, a third form of life, in the 1970s led to a new understanding of evolution.

New scientific research, based on ideas from more than 60 years ago, is complicating Charles Darwin’s view of evolution as a “tree of life.”

Darwin, who wrote On the Origin of Species, postulated that life on Earth evolved from ancient species that diverged over time — like tree branches from a single trunk. Since then, scientists have focused on the inherited characteristics of diverging species as genes passed down and sometimes mutated from one generation to the next.

Author David Quammen tells the story of this new evolutionary understanding in his book, "The Tangled Tree: A Radical New History of Life."

“The tree of life as the image of evolutionary history on Earth ... has been radically challenged and revised in the last 40 years because of discoveries from genome sequencing — a kind of evidence that Darwin and most biologists in the 20th century didn't have,” Quammen explains. “Those challenges have been astonishing and counterintuitive and have re-shaped what we thought we knew about the history of life on Earth.”

Quammen says this revolution has challenged three categorical ideas: The idea of species as a unitary thing (similar creatures who only interbreed with one another); the idea of an individual as a unitary and discrete thing; and the idea that the tree of life represents the history of life on Earth.

“It turns out that all three of those ideas, those categories, are wrong in important ways,” Quammen says.

Central to Quammen's book is the story of scientist Carl Woese, a microbiologist at the University of Illinois who Quammen calls “probably the most important biologist of the 20th century that nobody has ever heard of.”

Woese's discovery of a "third kingdom" of wholly separate and distinct life forms on Earth appeared in a story on the front page of The New York Times on Nov. 3, 1977. Woese's "third kingdom" organisms are what we now call archaea.

“Before that, we thought there were basically two kinds of life, bacteria and everything else,” Quammen explains. “Bacteria were simple cells. Everything else was composed of complex cells, with cell nuclei — animals, plants, fungi, humans.” Woese’s discovery of a third kind of life was the beginning of a sequence of discoveries that have led to a new understanding of evolution.

“These were creatures that had been taken for bacteria for decades and decades,” Quammen says. “Ever since people started looking at microbes through microscopes, they thought that these things were bacteria.”

Woese painstakingly sequenced their genomes and found that, in fact, they were not bacteria, but rather a distinct form of life more similar to humans, animals, and plants.

Quammen says scientists now believe that Lokiarchaea “are the descendants of our original ancestors". Complex creatures are more likely descendants from archaean organisms living at the bottom of the sea than from the bacteria passed through the "tree of life."

Woese's discovery led scientists to question the possibility that these organisms originated somewhere other than Earth and survived interstellar space. NASA funded Woese's work to find out, Quammen says.

“They thought that his work might shed light on the problem of exobiology: the possibility of the existence of life on other planets, other star systems, other places around the universe.”

In the Darwinian tradition, genes are passed vertically from parent to offspring and the “limbs on the tree” diverge from other branches. 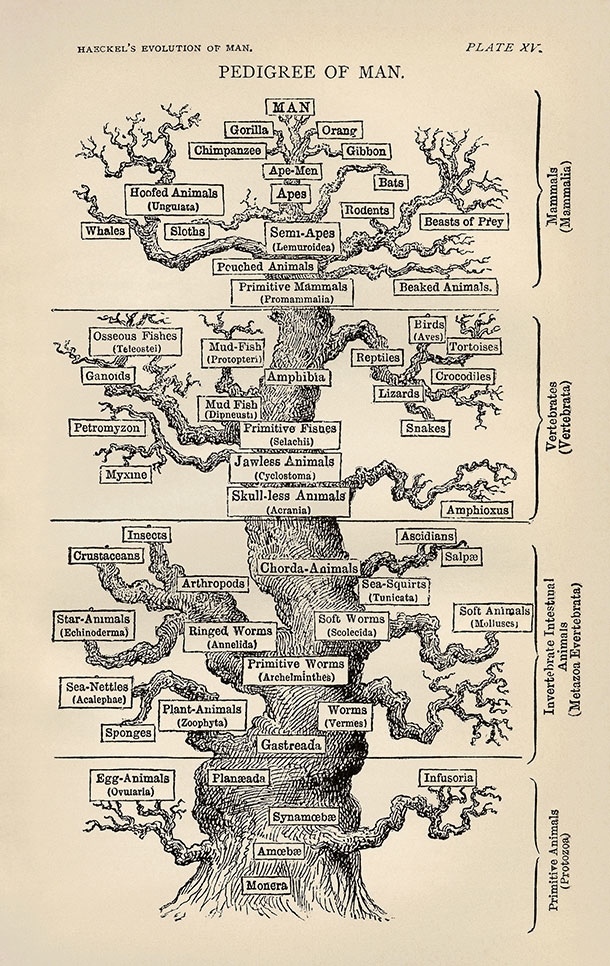 The “tree of life” as depicted by Ernst Haeckel, a German scientist who helped popularize Charles Darwin’s theories of evolution. In this English version of Haeckel’s tree from his book The Evolution of Man (1879), “man” sits at the top of the tree, the pinnacle of evolution.

“The tree is still mostly right,” Quammen says. “It captures some big patterns, but there are exceptions … The discoveries that flowed from Woese's work and his methodology, including the prevalence of ... horizontal gene transfer — genes moving sideways across boundaries — represent convergence. The real history of life is a history of lots and lots of divergence, complicated by a lesser but very significant amount of convergence — genes moving sideways, branches of life coming back together. That’s why I titled my book "The Tangled Tree.”

The theory of horizontal gene transfer surprised Quammen when he first came across it in 2013. “What? That's impossible. That’s just not supposed to happen!" he thought.

Horizontal gene transfer is almost routine among bacteria, Quammen says, and this is essential to understanding the spread of antibiotic resistance.

“Bacteria don't have their genomes locked up inside cell nuclei,” he explains. “Their genome is a single strand of DNA and it floats free in the cell, and occasionally one bacterium sends out a little tube to another bacterium and DNA travels through that tube into the other bacterial particle. But it doesn't have to be the same species of bacteria, which is what makes this horizontal gene transfer so scrambling and so consequential.”

This means that resistance to an antibiotic evolves two ways: Bacteria A can gradually become resistant to Antibiotic 1 through incremental mutations; or Bacteria A can instantly pass the resistance gene to Bacteria B, C, D, E, F, and G through horizontal gene transfer, and may receive other resistant genes the same way.

A problem arises through Darwinian mutation and natural selection but spreads quickly across the planet through horizontal gene transfer, Quammen explains.

In fact, thousands of Mitochondria, a type of organelle or cells that package energy, existing in human cells are actually descended from “captured bacteria.” “They have DNA in them, but it's essentially not human DNA; it’s bacterial DNA,” Quammen says.

Today's discoveries reinforce microbiologist Lynn Margulis' 1967 theory of endosymbiosis positing human mitochondria as captured bacteria. Most people thought she was crazy, Quammen says, but when Woese's methodology came along, she was proven right.

Based on these new discoveries, Quammen says humans are not “individuals" in the ways we are accustomed to thinking.

"Our individuality is a compounding of other creatures and DNA that has come to us by several different routes,” Quammen explains. “One route is through lineal descent, through our line of animal ancestors. And DNA has also come into us by horizontal gene transfer — come into us sideways, come into us by infection.”