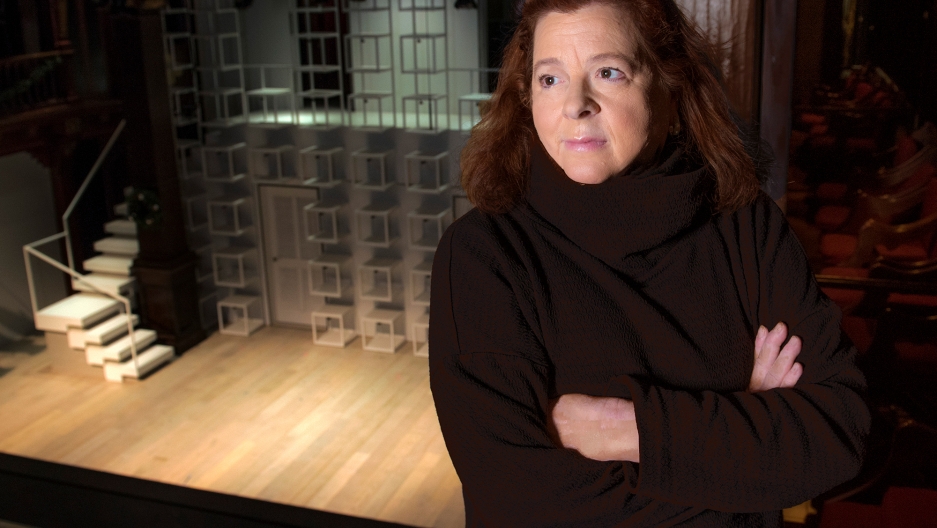 Theresa Rebeck’s new play, “Bernhardt/Hamlet,” just opened in New York — her fourth play to be staged on Broadway and her 30th in total. When asked the secret to her prolific writing career, Rebeck explains: “A lot of writers have this neurosis around finishing things, ‘the terror of finishing.’ I have the opposite thing: the terror of the unfinished. And so once I get to a certain place in a script my anxiety goes really high until I write the end.”

“Bernhardt/Hamlet” tells the story of the great French stage actress Sarah Bernhardt (1844-1923) and the controversy around her 1897 performance of “Hamlet.” Not only did Bernhardt raise eyebrows by casting herself as the Danish prince, she also wanted to rewrite Shakespeare’s masterpiece to eliminate the poetic iambic pentameter.

“She was somebody who was really known to be a sort of electrifying, active presence onstage,” says Rebeck, “and she wanted to play Hamlet that way. And she felt like the classical stance of the poetry stood in the way of the action.”

In writing about the late 19th century, it helped that Rebeck also has a doctorate in Victorian theater. It was a time when popular melodramas attracted theatergoers from all classes — a goal that Rebeck aspires to in her own writing today. “I've always felt like I do want to invite people into the theatre. ... We should all be going to the theater.”

“Bernhardt/Hamlet” will be on Broadway through November 11, and Theresa Rebeck’s new play, “Downstairs,” opens off-Broadway on November 7.