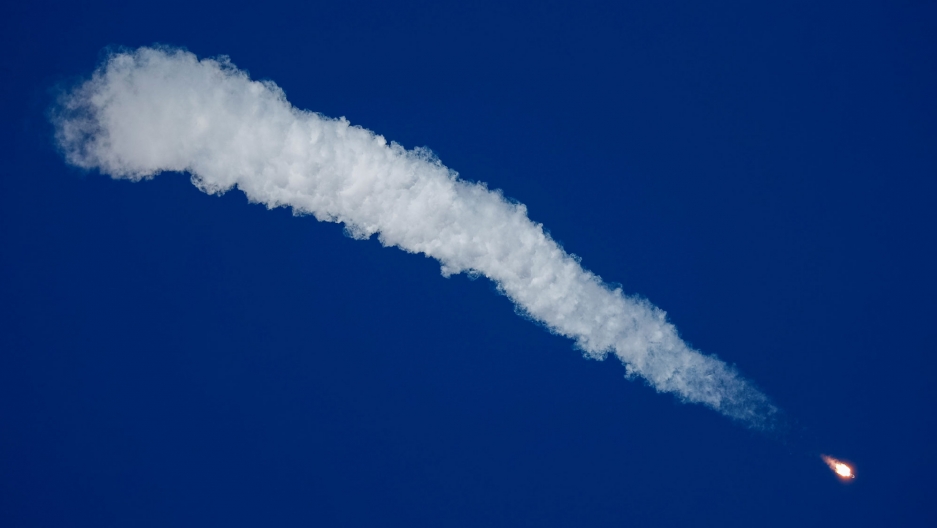 The Soyuz MS-10 spacecraft carrying the crew of astronaut Nick Hague of the US and cosmonaut Alexey Ovchinin of Russia blasts off to the International Space Station from the launchpad at the Baikonur Cosmodrome, Kazakhstan, Oct. 11, 2018.

US astronaut Nick Hague and Russian cosmonaut Alexei Ovchinin landed safely on Thursday after making an emergency landing in Kazakhstan when a rocket on their Soyuz spacecraft failed in mid-air.

Rescue crews raced to locate them on the Kazakh steppe quickly linking up with them,  NASA, the US space agency.

The Soyuz capsule carrying them separated from the malfunctioning rocket and made what is called a steep ballistic descent with parachutes helping slow its speed. Paratroopers parachuted to the rescue site, TASS news agency reported.

Neither man needed medical treatment and NASA TV said both were fine.

The problem occurred when a booster rocket on the Soyuz-FG launch vehicle, launched from the Soviet-era cosmodrome of Baikonur in the central Asian country, failed in some way, NASA said.

Russian Deputy Prime Minister Yuri Borisov, quoted by Interfax, said the problem occurred when the first and second stages of the booster rocket were in the process of separating.

Footage from inside the Soyuz showed the two men being shaken around at the moment the failure occurred, with their arms and legs flailing.

Rescue crews were quick to reach the site where Hague and Ovchinin came down, Russian news agencies said.

"Rescue forces are in communication with Nick Hague and Alexei Ovchinin and we are hearing that they are in good condition," NASA TV said.

Russia immediately suspended all manned space launches, the RIA news agency reported, and Roscomosmos chief Dmitry Rogozin said he had ordered a state commission to be set up to investigate what had gone wrong.

The failure is a setback for the Russian space program and the latest in a string of mishaps.

In August, a hole appeared in a Soyuz capsule already docked to the ISS which caused a brief loss of air pressure and had to be patched. Rogozin has said it could have been "sabotage." 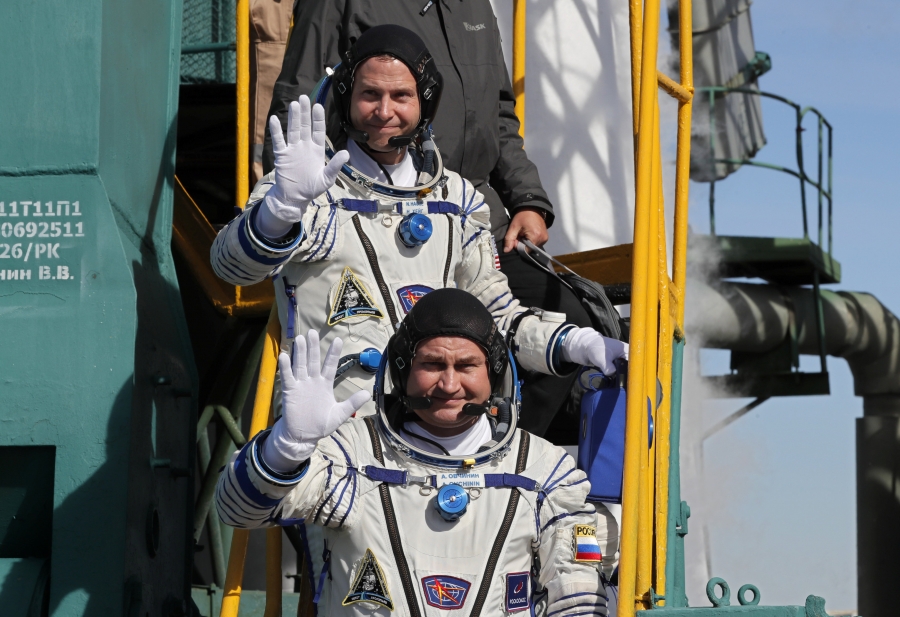 International Space Station crew members, astronaut Nick Hague of the US and cosmonaut Alexey Ovchinin of Russia, board the Soyuz MS-10 spacecraft.

For now, the United States relies on Moscow to carry its astronauts to the ISS which was launched 20 years ago. NASA tentatively plans to send its first crew to the ISS using a SpaceX craft instead of a Soyuz next April.

Kremlin spokesman Dmitry Peskov told reporters that the most important thing was that the two men were alive.

The ISS, launched in 1998, is a habitable artificial satellite in low Earth orbit which is used to carry out scientific and space-related tests. It can hold a crew of up to six people.

"Rescue services have been working since the first second of the accident," Rogozin wrote on Twitter. "The emergency rescue systems of the MS-Soyuz spacecraft worked smoothly. The crew has been saved."

A Reuters reporter who observed the launch said it had gone smoothly in its initial stages and that the failure of the booster rocket must have occurred at higher altitude.

In November last year, Roscosmos lost contact with a newly-launched weather satellite — the Meteor-M — after it blasted off from Russia’s new Vostochny cosmodrome in the Far East. Rogozin said at the time that the launch of the $39.02 million satellite had been due to an embarrassing programming error.