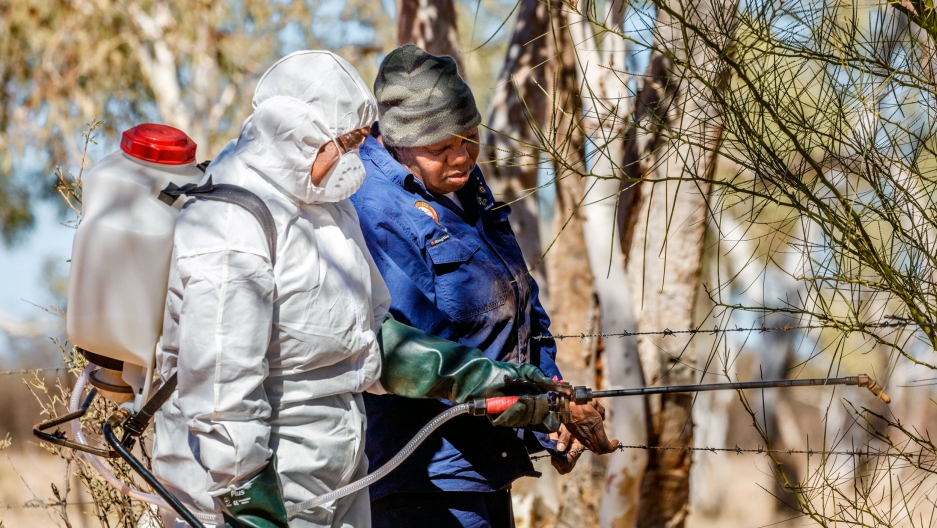 Ranger Angela Purvis wears a full protective suit as she consults with fellow ranger Josie Haines. Purvis is preparing to spray the Parkinsonia plant with a herbicide. The plant is an introduced species that the rangers say sucks up a lot of ground water.

Editor's note: This is the third in a series of stories about Aboriginal issues in Australia.
Day 1: Australia returned Uluru to Aboriginals 34 years ago. They're only just now banning tourists from climbing the sacred site.
Day 2: As more Aboriginal children are removed from families, critics say government risks a second Stolen Generation

A group of Indigenous Australian women, brows furrowed, cheeks glistening, huddle over a hole in the arid desert of Ti Tree. They’ve spotted the remains of a baby kangaroo and they pause momentarily for the life lost deep inside what is now a dry waterhole.

Then they get to work, reaching in to fish out the carcass, telling each other they will need to come back and clean the hole properly.

These women are rangers, working on land their families have lived on for generations.

Ti Tree is a remote community in the middle of Australia’s Northern Territory, and it is one site where a unique project is underway. A federal government program called Working On Country employs more than 800 full-time Indigenous rangers at 118 sites across rural Australia on lands owned by Aboriginal communities.

A recent independent study commissioned by the prime minister’s office found a three-fold return on investment from the program, and in late August, the Aboriginal Affairs minister promised the equivalent of $177 million to the ranger program.

Related: Australia returned Uluru to Aboriginals 34 years ago. They're only just now banning tourists from climbing the sacred site.

These Anmatyerre rangers in Ti Tree have been hired to employ Aboriginal traditional knowledge and land management techniques to try and restore a swath of country that has become less productive due to the changing climate and intensive farming. The rangers in Ti Tree are all women, but other rangers in other communities include men. 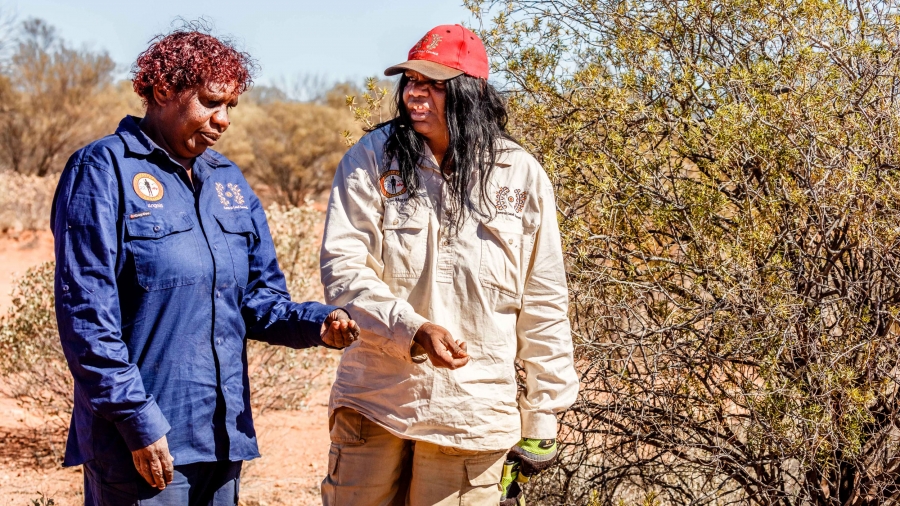 Ranger Angela Purvis consults with head ranger Josie Grant as they find a food source — called known as “bush tucker” — and discuss whether the area is adequately protected from cattle that might eat these berries before local Aboriginal people can pick them.

Dressed in navy blue or beige ranger shirts and pants, these women are a bit different in how they do their job. They haven’t gotten a degree in land management, nor do they study textbooks to learn conservation or protection techniques. Instead, they start the week by consulting with their elders, the Traditional Owners of the land. Traditional Owners are the Indigenous people who first lived here.

“We do a lot of things,” head ranger Josie Grant said as she circled the community in a jeep collecting three other rangers. “Our elders, they tell us what jobs we need to do, like fencing off a sacred site or a waterhole from camel or horses or cattle, [or to] do water monitoring.”

The elders grew up on these lands and found everything they needed to survive here. On a warm June morning, the women rangers are on the hunt for a pesky weed, Parkinsonia, that grows into a gangly, scrawny tree. It’s not native to the area and it sucks up precious groundwater.

When they find the offending plant, the rangers leap into action. One ranger dons a full protective jumpsuit while two others mix oil with the basal bark herbicide. While elders would not have used synthetic weed killers, Grant explains they also did not have to deal with invasive new species prior to colonization. 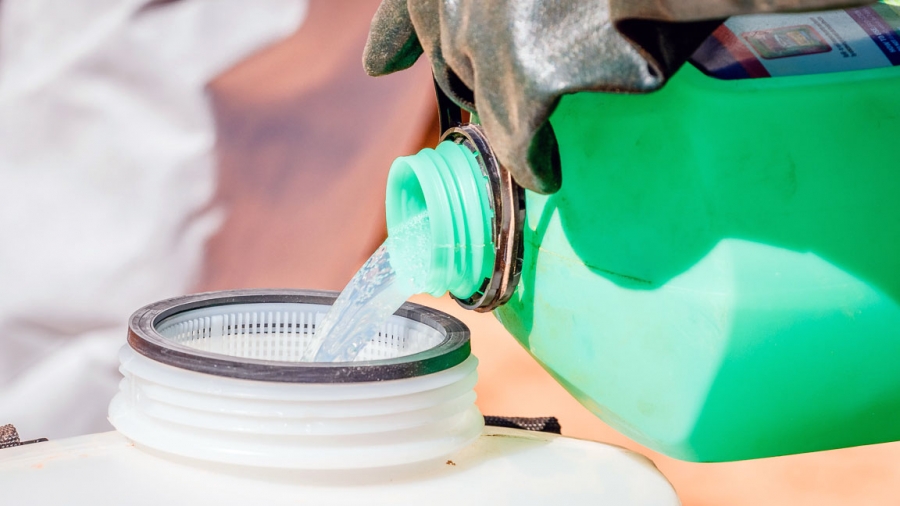 As the ranger sprays, Grant keeps her eye on a herd of cows off in the distance. In some ways, the cattle are at the heart of this story, the central characters in land control issues between the Aboriginal Traditional Owners and the white ranchers who came here 100 years ago and took over the land to graze their cattle.

Grant said the ranchers have sophisticated equipment to bore deep into the earth and extract water.

“They’re providing water for their cattle, [and] the more water they pump out the water falls down. That’s why our trees are dying,” Grant said.

This is the crux of tensions between a community that lives off the land and others who are using it for large-scale livestock grazing.

“Aboriginal people have been looking after country for tens of thousands of years,” said Jimmy Cocking, an elected council member in Alice Springs and director of the Arid Lands Environment Center.

He is not Aboriginal. Cocking said when white settlers arrived in Central Australia, Aboriginal people suffered.

“There were some horrible things that happened and [Aboriginal] people were moved off the land for [settlers] to have farms and run cattle,” Cocking said.

Rancher’s sheep and cattle dirtied waterholes and grazed on the Indigenous people’s food sources, known as bush tucker. Aboriginal people were pushed into small patches of undesirable land where settlements were created for them while the ranchers spread out across the region.

In 1976, after major protests by Aboriginal people, the Australian government gave title of the land back to Indigenous communities across the Northern Territory.

“Over the years, more and more ranger groups have formed,” Cocking said. “More and more Aboriginal land has gone into Indigenous protected areas and there’s a lot more joint management of national parks where state parks officers are working alongside Traditional Owners to manage the biodiversity.”

“When I [started as head ranger, the Traditional Owners] were a bit upset because pastoralists wouldn’t let them go on their land,” Grant said. “So the best thing is to communicate, get the pastoralists to work with the Aboriginal people together.”

Grant said she lives right next door to the ranch manager and they have a good relationship. She said he appreciates how her rangers are caring for the land his cattle grazes on. (The ranching company did not return multiple requests for an interview with PRI.)

Part of the ranger’s job is to make sure the food sources their community relies on — food grown in the bush like passionfruit or bush potatoes or honey ants — are protected from cattle. Sometimes they have to fence off an area to stop cattle from getting to food or water.

The rangers also routinely patrol water holes to check for water and make sure they are clean and that no animals have fallen in and died while drinking. 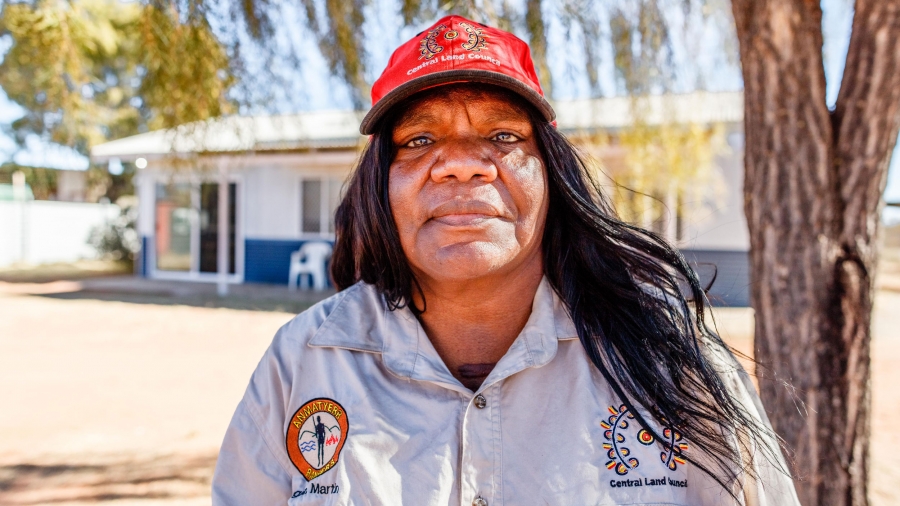 Rangers are also involved in projects that aim to bring the land back to conditions where it once thrived. Grant has been leading an effort to track and count the population of Bilby, which is now endangered. Grant said seeing this animal around is an indicator that the land is flourishing.

“Having a Bilby on your country means there’s a lot of food around and the country is still healthy,” Grant said.

Bilbys don’t need water to survive. The moisture they get from food is enough. When Grant and her team spot Bilby tracks, they photograph and tag their location in an app. It’s just one example of how technology is bolstering traditional knowledge in land management practices.

There’s also an intangible benefit of the ranger program, according to ranger Angela Purvis, who is a Traditional Owner of land in the Ti Tree area. She’s now getting paid to manage this land.

“I feel very proud of myself and my family is really proud of what I’m doing here,” Purvis said, beaming. “I got a job as a ranger to look after our areas.”

Editor's note: This story has been updated to reflect that the rangers are members of the Anmatyerre people.