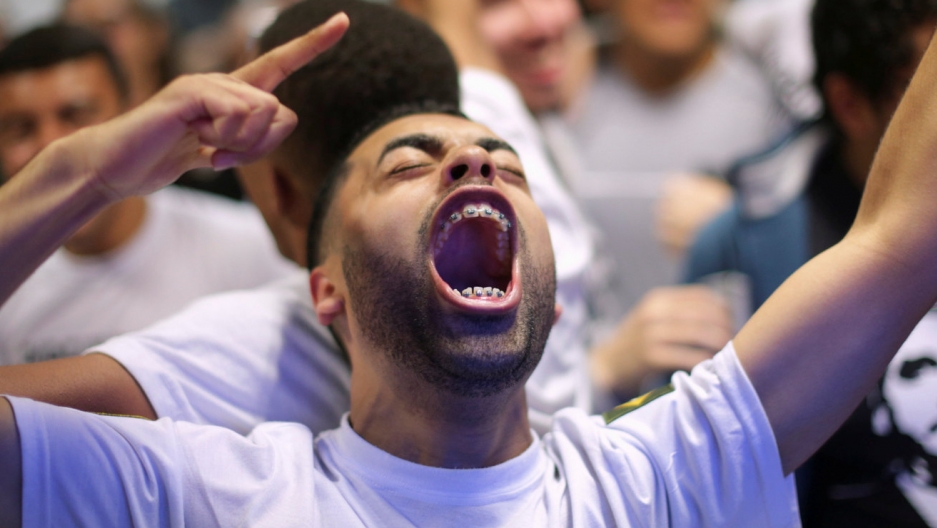 Far-right candidate Jair Bolsonaro said on Monday he would stick to tough rhetoric in campaigning for the second round of Brazil's bitterly contested presidential election, after his strong win in first-round voting sent financial markets soaring.

As neither candidate won an outright majority, Bolsonaro will face Haddad, the former mayor of São Paulo representing the Workers Party (PT), in an Oct. 28 second-round vote.

Some Bolsonaro supporters called on him to moderate his message to ensure victory, but the candidate said he would stick to hardline rhetoric on crime and corruption that has resonated with voters. Many people in Brazil, the world's fifth-most populous country, are disillusioned with traditional parties.

"I can't turn into a Little 'Peace and Love' Jair, which would be betraying who I am," Bolsonaro said in a radio interview. "I have to keep being the same person."

His words were a thinly veiled swipe at former President Luiz Inácio Lula da Silva, who dropped his fiery leftist rhetoric to win the presidency in 2002, dubbing himself the 'Peace and Love' candidate.

Lula, the founder of the Workers Party, was president until 2010 but is now serving 12 years in prison on corruption charges.

Reflecting confidence that he will win the second round, Bolsonaro said he had already begun talks with other lawmakers in Congress to build an eventual governing coalition. That raised expectations of swift, market-friendly reforms.

Bolsonaro's popularity surged as exasperated Brazilians decided he is the best chance to turn back a wave of violent crime and dismantle what prosecutors call the world's largest political graft scheme.

But a track record of fiery anti-democratic rhetoric, his stance that police should kill as many criminals as possible and his plan to block efforts to legalize abortion and gay marriage have put many voters on edge.

Former Ceará state Governor Ciro Gomes, who split with the PT and garnered 12 percent of first-round votes with his center-left presidential campaign, stopped short of endorsing Haddad but said he would "fight to defend democracy."

Asked whom he would endorse, Gomes referred to the slogan of anti-Bolsonaro protesters in recent weeks: "Not him, certainly."

Brazil's next Congress was also elected on Sunday, and in a seismic shift, Bolsonaro's Social Liberal Party (PSL) was poised to become the second-largest force in the legislature.

The party would still need alliances to help push Bolsonaro's socially conservative policies and free-market reforms through Congress, which was even more deeply fragmented after Sunday's election.

Thirty parties won seats in the lower house, up from 25 represented there before the vote.

Congressman Onyx Lorenzoni, the main political adviser to Bolsonaro, said his team was targeting individual lawmakers in parties opposed to the PT — including those in parties whose leaders do not yet support the right-winger.

"We'll speak with anybody who wishes to talk with us now, which is interesting because many of them did not want to have a dialogue with us before the first-round vote," Lorenzoni said.

This was making good on Bolsonaro's campaign pledge to end a system of "horse-trading" between party leaders and seek support instead from individual lawmakers, Lorenzoni explained.

Bolsonaro blames such tactics for the endemic corruption that has voters eager for radical change.