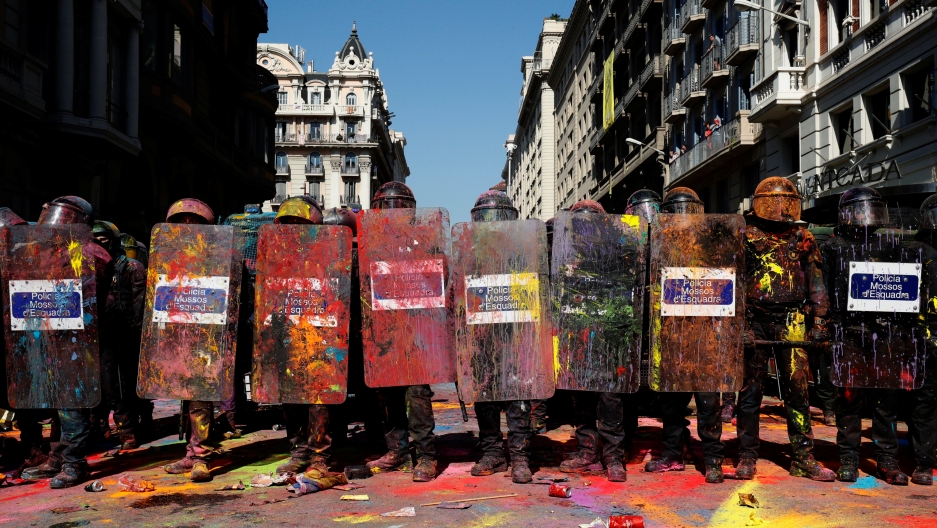 Mossos d'Esquadra police officers stand guard in front of a protest against a demonstration in support of the Spanish police units who took part in the operation to prevent the independence referendum in Catalonia on Oct. 1, 2017, in Barcelona, Spain, Sept. 29, 2018.

Thousands of people demonstrating both for and against Catalan independence shut down parts of central Barcelona on Saturday, two days before the anniversary of a vote on secession last year that polarized the wealthy Spanish region.

Tensions remain high in the independence-minded region a year after the October 1 vote deemed illegal by Madrid but celebrated by separatist Catalans. 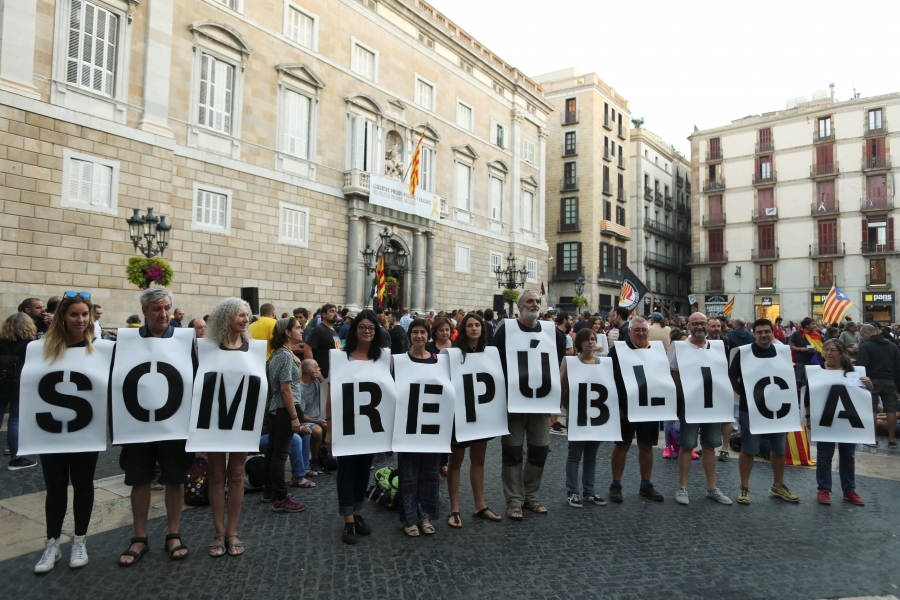 Pro-independence groups camped out overnight on Friday to prevent a demonstration in support of police deployed in Catalonia during last year’s failed bid to split from Spain. Catalan authorities said almost 1000 people were injured after police tried to stop voting at polling stations across the region a year ago.

Two people were arrested during scuffles between separatist protesters and police on Saturday, in which demonstrators threw paint at riot police keeping them apart from the rival unionist demonstration.

Narcis Termes, 68, an electrician attending the separatist protest with his wife said he was no longer hopeful about the prospects of Catalonia gaining independence. “Last year we lived through one of our best moments. I watched my parents cry with joy at being able to vote but now we are stuck,” he said. 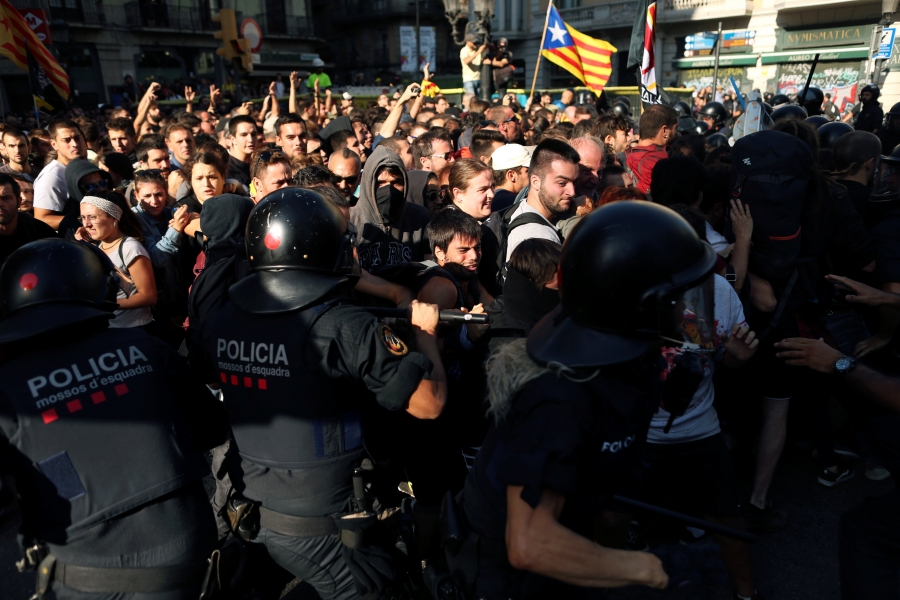 Separatist protesters scuffle with Mossos d'Esquadra police officers as they protest against a demonstration in support of the Spanish police units who took part in the operation to prevent an independence referendum in Catalonia on Oct. 1, 2017, in Barcelona, Spain, Sept. 29, 2018.

Over several hours pro-independence groups chanting “Neither forgetting nor forgiveness” faced off with unionist protesters chanting “Long live Spain” ahead of a weekend of further demonstrations planned to mark last year's vote.

Joan Puig, a 42-year-old mechanic, recording the protest in support of the police on his phone, said that the conflict had been stoked by politicians on both sides.

“It’s getting more and more tense," he said.