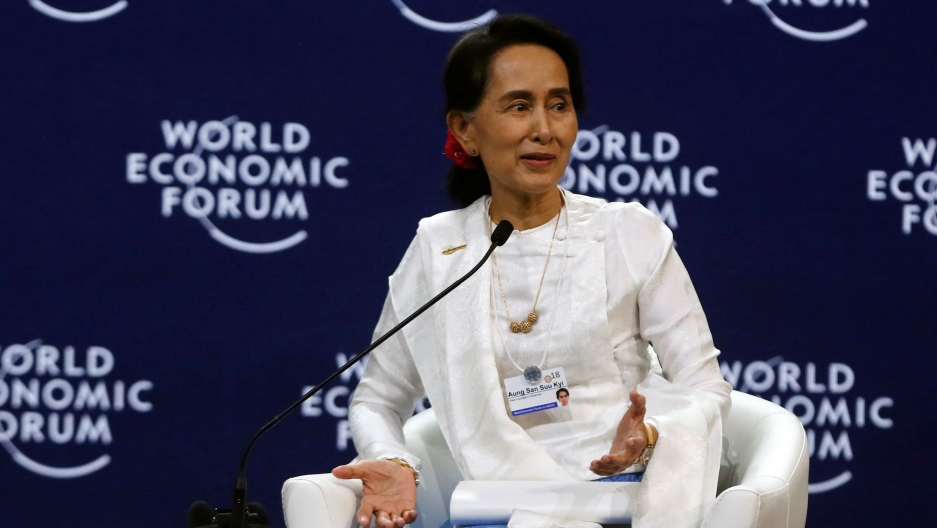 Canadian legislators, in a symbolic move, on Thursday voted unanimously to strip Myanmar's civilian leader Aung San Suu Kyi of her honorary citizenship in response to crimes committed against the Rohingya minority.

The move by the House of Commons lower chamber has no immediate effect because honorary citizenship is conferred by a joint resolution of both the House and the upper Senate chamber and officials say it must be removed the same way. Suu Kyi received hers in 2007.

Related: Help is scarce for Rohingya children with intellectual disabilities

Prime Minister Justin Trudeau told reporters on Wednesday that he was open to looking at stripping Suu Kyi of the honor but said doing so would not end the crisis in Myanmar, where more than 700,000 Rohingya have fled a government crackdown.

The motion on removing the honorary citizenship was proposed by Gabriel Ste Marie, a member of the opposition Bloc Quebecois party, who told reporters after the vote that "I think it's a great symbol."

The House of Commons last week unanimously voted to call the killings of Rohingya a genocide, a move that Canadian Foreign Minister Chrystia Freeland said at the time was significant.

Related: This woman bodybuilder in Myanmar is using Facebook to advocate for harsher penalties for rape

"Our government supported this motion in response to her [Suu Kyi's] continued failure to speak out against the genocide of the Rohingya, a crime being committed by the military with which she shares power," said Freeland spokesman Adam Austen.

Legislator Andrew Leslie, who serves as Freeland's parliamentary secretary, told reporters "that the machinery of government will chew over the details of what specifically is required to implement" the motion.

Related: One doctor's experience on a 'medical mission' to treat Rohingya refugees

The Myanmar government was not immediately available for comment.

Freeland is among many western politicians who condemned the decision by a Myanmar judge earlier this month to find two Reuters journalists guilty of breaching a law on state secrets.

Wa Lone and Kyaw Soe Oo, who had been probing the killing by the security forces of Rohingya villagers, were jailed for seven years. They had pleaded not guilty.

A US government investigation last month found Myanmar's military waged a "well-planned and coordinated" campaign of mass killings, gang rapes and other atrocities against the Rohingya.