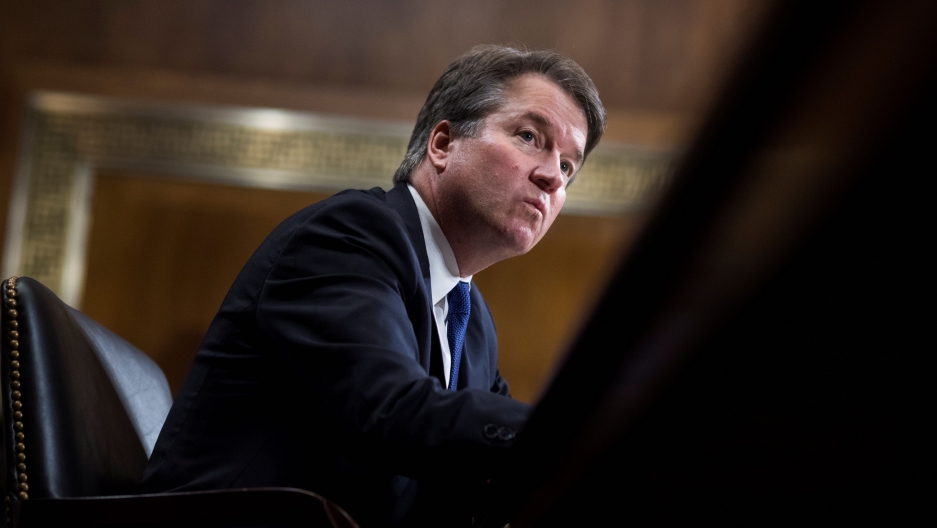 Judge Brett Kavanaugh testifies during the Senate Judiciary Committee hearing on his nomination be an associate justice of the Supreme Court of the United States, on Capitol Hill in Washington, DC, Sept. 27, 2018.

Far from being unusual, the hurried and partisan Supreme Court confirmation process for Brett Kavanaugh mirrors several notable examples of similarly politicized confirmations in US history.

Those conflicts, which ultimately placed justices on the court, yielded some of the most damaging civil rights decisions in our nation’s history.

Unlike any other branch of government, Supreme Court justices do not have to face voters at the polls. They have no term limits. Yet the high court is the final arbiter of constitutional rights and protections.

Controversial appointees who were rammed through hearings, or political careerists nominated for strategic reasons and confirmed despite scant vetting, handed down decisions that expanded slavery and rolled back civil rights.

Bad processes do not by themselves yield bad decisions. There have also been thinly vetted justices who have protected and extended civil rights, but such cases are in a minority.

Of course, all Supreme Court nominations are political because they embody the strategic priorities of the president. And the required Senate confirmation of a nominee may well be a “vapid and hollow charade,” in Justice Elena Kagan’s words, since partisan support matters over merit.

But as history shows, judicious confirmation hearings are vital to vetting a lifetime appointment that can affect citizens’ right to vote, access to courts, or the limits of presidential power. 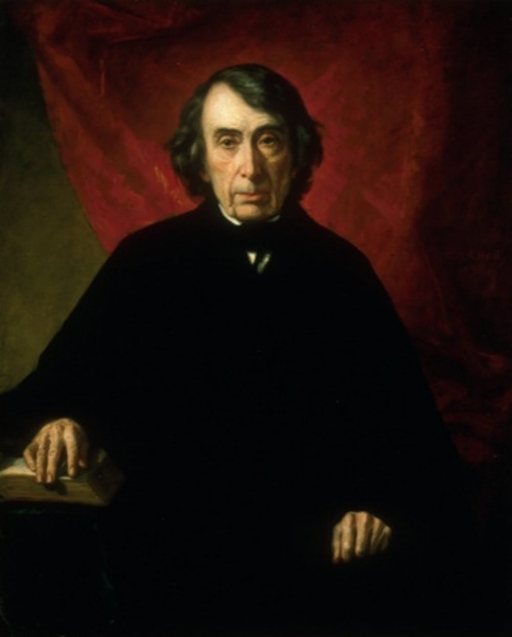 The Collection of the Supreme Court of the United States

Roger B. Taney was a partisan warrior who helped President Andrew Jackson kill the Bank of the United States by illegally draining its funds. Congress refused to confirm Taney as treasury secretary and censured Jackson.

So Jackson named Taney to the Supreme Court. The Senate refused to confirm him. The next year, after Jackson got a Democratic Senate, he renominated him, this time as chief justice. Taney was pushed hurriedly through confirmation.

The Taney Court was staunchly pro-slavery, rejecting states’ rights when Northerners asserted them to oppose slavery.

Taney’s most sweeping pro-slavery decision in Dred Scott v. Sandford in 1857 held that African Americans “had no rights which the white man was bound to respect, and that the negro might justly and lawfully be reduced to slavery for his benefit.” The decision ruled that Congress had no power to prohibit slavery in any US territory. Dred Scott is widely considered to be one of the worst decisions ever made by the court.

During the Civil War, Abraham Lincoln was able to replace the Taney Court with corporation-friendly Republicans like Samuel F. Miller of Iowa, whom he nominated in 1862. Lincoln’s court strategy was to appoint Republicans who would endorse presidential powers in a war to save the Union.

Like Taney, Miller had owned slaves but freed them. And he was a party loyalist. As Miller’s biographer claims, he “sought results first and then found the arguments to justify them.”

Miller’s appointment came just as Lincoln was contemplating the Emancipation Proclamation. Lincoln could have asked Miller his views on the scope of black freedom, but he never did. He never even met Miller. And with no opposition in Congress, the Senate confirmed Miller in just hours.

Miller’s appointment may have been shrewd politics but it hollowed out the Civil War’s crowning achievement, the abolition of slavery and constitutional protections for African American citizenship, including equal protection of the laws and the right to vote.

It was Miller’s majority ruling in the 5-4 Slaughterhouse Cases in 1873 that had the effect of limiting civil rights protections for African Americans under the 14th Amendment, which extended citizenship to African-Americans and forbade states to deny them equal protection of the laws. The ruling in effect gave states sole power over areas of citizenship not explicitly covered in the federal Constitution. That, in turn, ultimately led to the growth of racist Jim Crow laws in states. 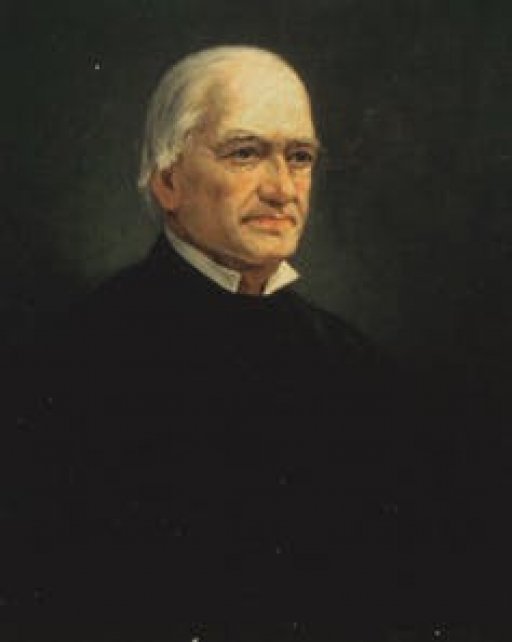 President Ulysses Grant’s two nominees were also pushed through hastily and had an oversized impact on civil rights.

In 1870 Grant appointed Bradley specifically to help business interests concerned about recent decisions that they believed harmed them. Bradley faced scant opposition from a majority-Republican Senate in bed with railroad and other corporate interests.

Four years later, Grant picked Waite, a crony of Grant’s Ohio friends, who had zero judicial experience. Called a “national nonentity” by a court historian, Waite’s appointment surprised everyone, including Waite. The Senate confirmed him without debate.

The unintended consequences of these two overtly political nominations became clear in US v. Cruikshank, an 1876 court decision.

In April 1873, up to 150 African Americans were murdered by whites in a conflict over two competing Louisiana governments. Among those whites was William Cruikshank.

Cruikshank and others who participated in the massacre were charged and convicted in federal court of civil rights violations under the Enforcement Act of 1870. That act made it a federal crime to violate civil rights and was passed with the intention of putting teeth in the 14th Amendment, which guaranteed equal protection of the laws and due process. The case considered by the court was an appeal of those initial convictions.

Justice Waite ruled that the 14th Amendment’s civil rights provisions, including the equal protections of the laws and right to due process, did not apply to the victims of the Colfax Massacre.

Justice Bradley concurred in the ruling, clearing Cruikshank. Indeed, Bradley declared that none of the Colfax Massacre defendants were alleged to have “committed the acts complained of with a design to deprive the injured persons of their rights on account of their race, color, or previous condition of servitude.”

Bradley and Waite’s responses constituted willful blindness to a naked act of racial terrorism. And these decisions gutted the 14th Amendment’s civil rights provisions, leading to the swift and violent rise of Jim Crow.

Bradley went on to rule in 1883 that the Civil Rights Act of 1875, which outlawed racial discrimination in public facilities, was unconstitutional. He did this at a time when blacks were being denied the right to vote, barred from businesses and murdered with impunity. Bradley tutted that with his ruling a black citizen “ceases to be the special favorite of the laws.” And the law ended protection for African-Americans from segregation in schools, theaters and even cemeteries.

It would be 74 years before Congress passed another civil rights act.

Not all justices involved in partisan nominations, or who were poorly vetted, handed down dreadful rulings.

Louis D. Brandeis’ nomination in 1916 led to a bitter partisan brawl infused with anti-Semitism. One witness at his confirmation accused him of “infidelity,” and another characterized Brandeis as “duplicitous.” 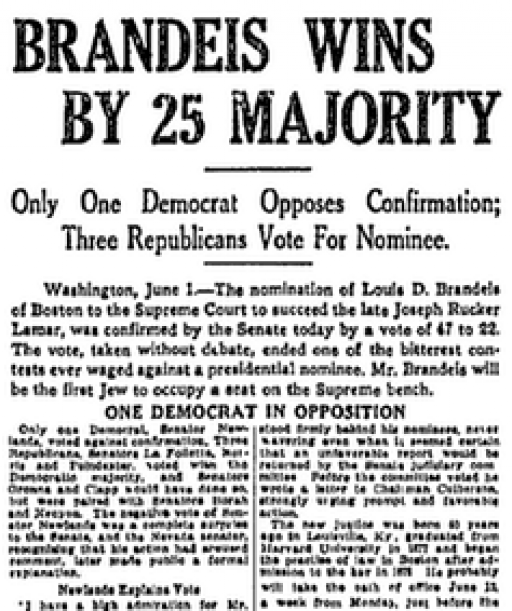 Yet Brandeis became one of the nation’s most renowned Supreme Court justices, standing up for free speech in Whitney v. California in 1927 and dissenting in Olmstead v. United States the next year against warrantless wiretapping.

Harold H. Burton was a surprise nomination when Democrat Harry Truman nominated the Republican senator from Ohio in 1945. The Senate dispensed with hearings and confirmed Burton without debate. But Burton defied expectations, shaping the Supreme Court’s landmark Brown v. Board of Education of Topeka (1954) ruling that desegregated schools and overturned the Jim Crow doctrine of “separate but equal.”

Back to the 19th century

The 1991 Clarence Thomas nomination evokes that legacy. With a thin resume, partisan credentials, and his nomination hastily pushed through by George H. W. Bush’s administration, Thomas won a lifetime appointment by a two-vote margin after an acrimonious hearing involving his alleged sexual harrassment.

Justice Thomas is arguably among the most conservative justices. He joined Chief Justice John Roberts in the landmark 5-4 Shelby County v. Holder decision gutting the Voting Rights Act of 1965.

Brett Kavanaugh’s nomination, like that of Morrison Waite, Joseph P. Bradley and Roger B. Taney, has been rushed. A partisan warrior, he has been hastily advanced, with the majority of his papers withheld and sexual assault allegations overtaking his hearings.

As American history has shown, this process comes with profound risks.

Calvin Schermerhorn, professor of history, Arizona State University wrote this article that was republished from The Conversation under a Creative Commons license. Read the original article.