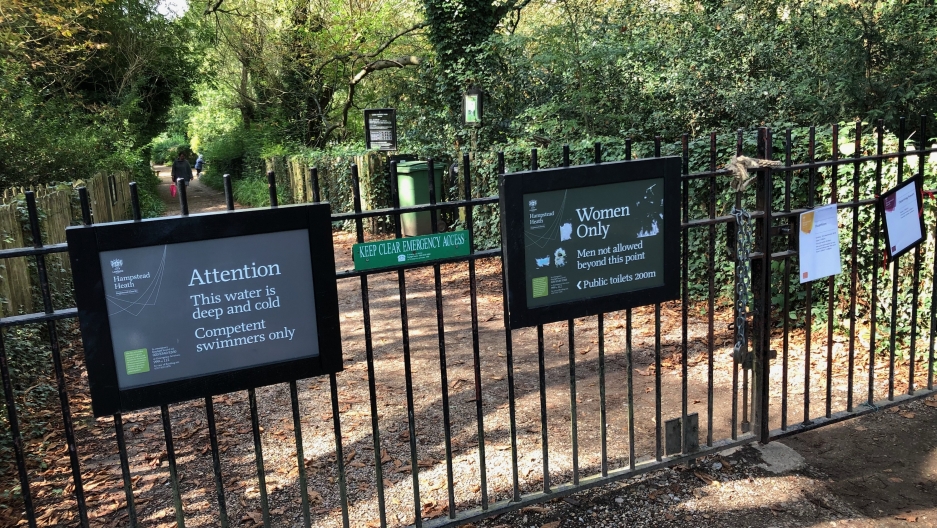 A sign to the entrance of the Hampstead Heath Ladies' Pond advertises it as a women-only space. It's been this way for almost 100 years.

Jane Faye was early in her transition from male to female when she was accosted before entering the women's changing area. It was a Saturday morning, and she was getting ready to step into the pool with her then 5-year-old son. A man appeared out of nowhere and threatened her.

It was a terrifying moment. "And I think [among] the various lessons I learned very early on in transition is that men were dangerous.”

So, when Faye first heard about the Hampstead Heath Ladies' Pond, a women-only swimming pond in the middle of London, she assumed it was a safe space for all women, including transgender women like herself. “The general feeling is that at present, at least in this country, trans people have rights,” she said. 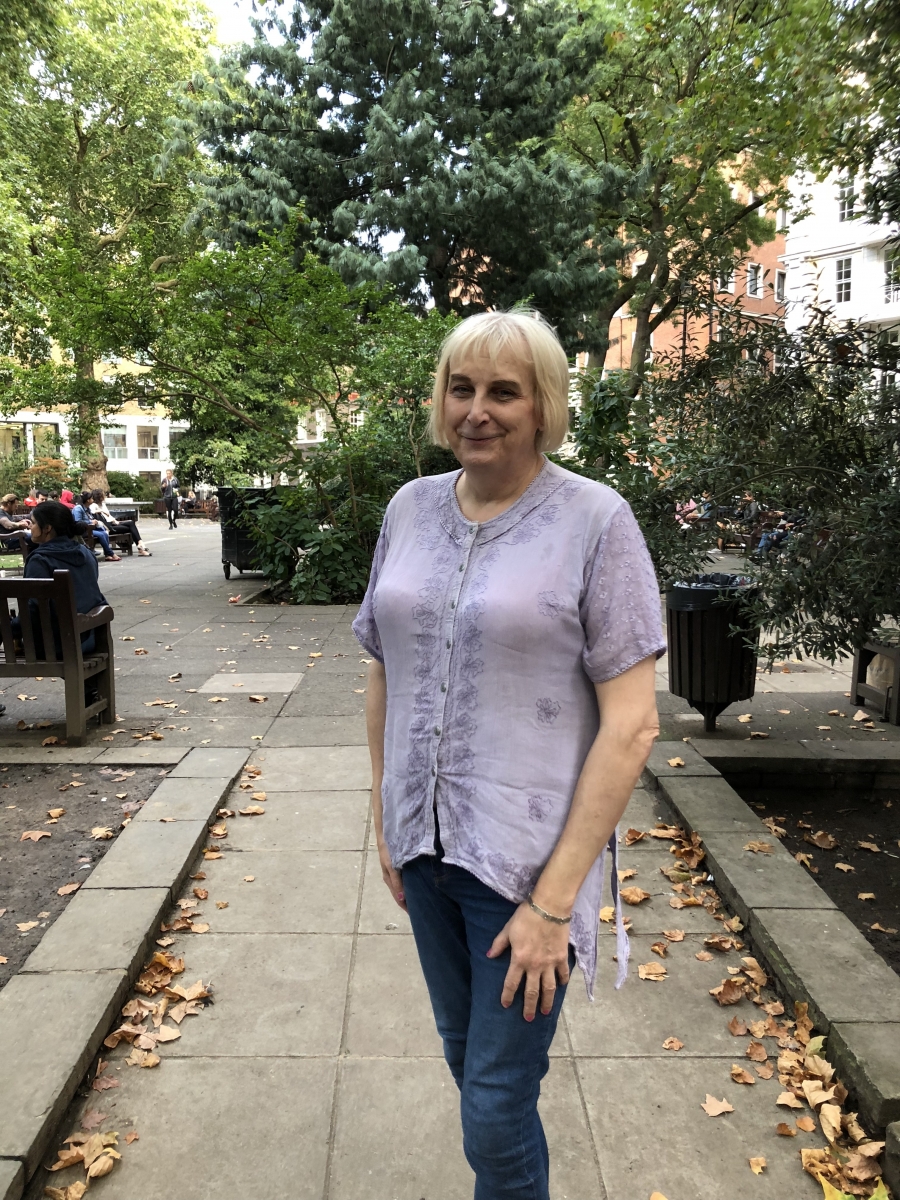 Journalist Jane Faye wrote a few pieces defending transgender rights in the UK after some swimmers at the Hampstead Heath Ladies' Pond objected to trans women swimming there.

Whether it's about changing rooms or bathrooms (remember the infamous "bathroom bill" controversy in North Carolina?), trans people here and abroad are becoming more vocal about their rights. And this means being accepted for their gender identity — not the sex they were identified with at birth. And for trans women, that also includes being able to take a dip in a pond that's been a women-only space for the last 100 years.

Check out our series about gender-neutral pronouns: From ‘Mx.’ to ‘hen’: When ‘masculine’ and ‘feminine’ words aren’t enough.

The hand-dug, spring-fed Ladies' Pond, tucked quietly within the nearly 800-acre heath, or park, is visited by thousands of women every year. There's also a men's pond and a mixed pond at Hampstead Heath. The century-old Ladies' Pond has been a refuge for celebrities like Helena Bonham Carter.

Earlier this year, however, some women using the Ladies' Pond had a problem with some of the other swimmers — trans women — and sent angry emails to Nicky Mayhew, co-chair of the Kenwood Ladies' Pond Association, about “men being allowed to use the pond.” 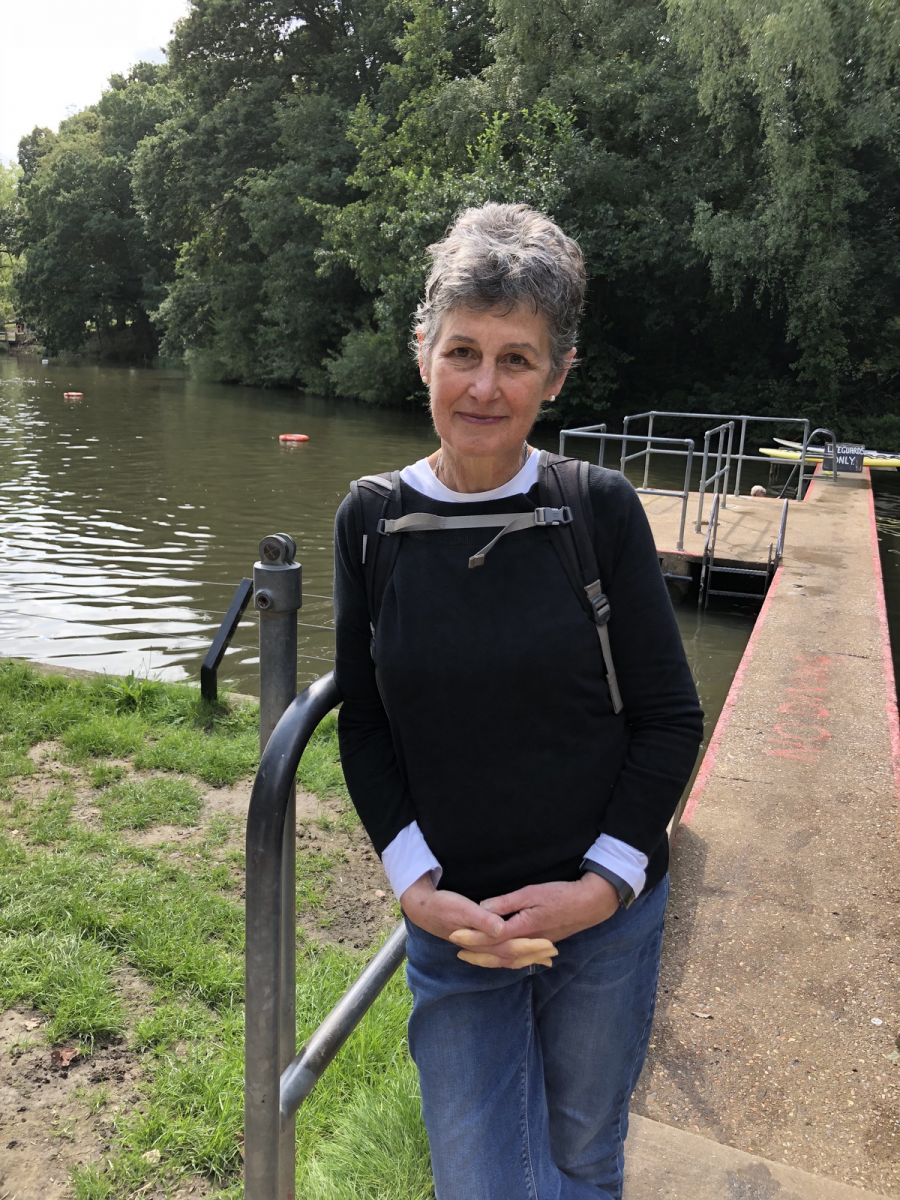 Nicky Mayhew is the co-chair of the Kenwood Ladies' Pond Association. She said her personal reaction was horror when she heard some women didn't want transgender women to use the Ladies' Pond.

Related: Some refugees use Grindr to find love — and money

Mayhew has been swimming in this pond and walking her dog at Hampstead Heath for almost 15 years.

“There are some people who are very, very perturbed by the idea of trans women swimming here," said Mayhew, standing near the edge of the pond on a warm afternoon. But she's quick to point out that trans women are allowed in the Ladies' Pond, despite what people may think. In fact, there's a law that says so. It's called the Equality Act, and it prohibits discrimination — like not letting trans women into public spaces.

She said she didn't want to dismiss people's serious concerns.

“I have dealt with correspondence from people who have suffered sexual violence at the hands of men who have been very scared by the idea of what they perceive as men swimming here," said Mayhew. But she says that trans women also experience violence.

”I mean, if you look at the research on the experiences of transgender women, they are often people who have been victims of violence and abuse and bullying."

Then came an article in the Daily Mail, which Mayhew says was sensational and anti-trans people. "The whole thing just blew up," she said. A source in the article referred to trans women as "cross-dressers." 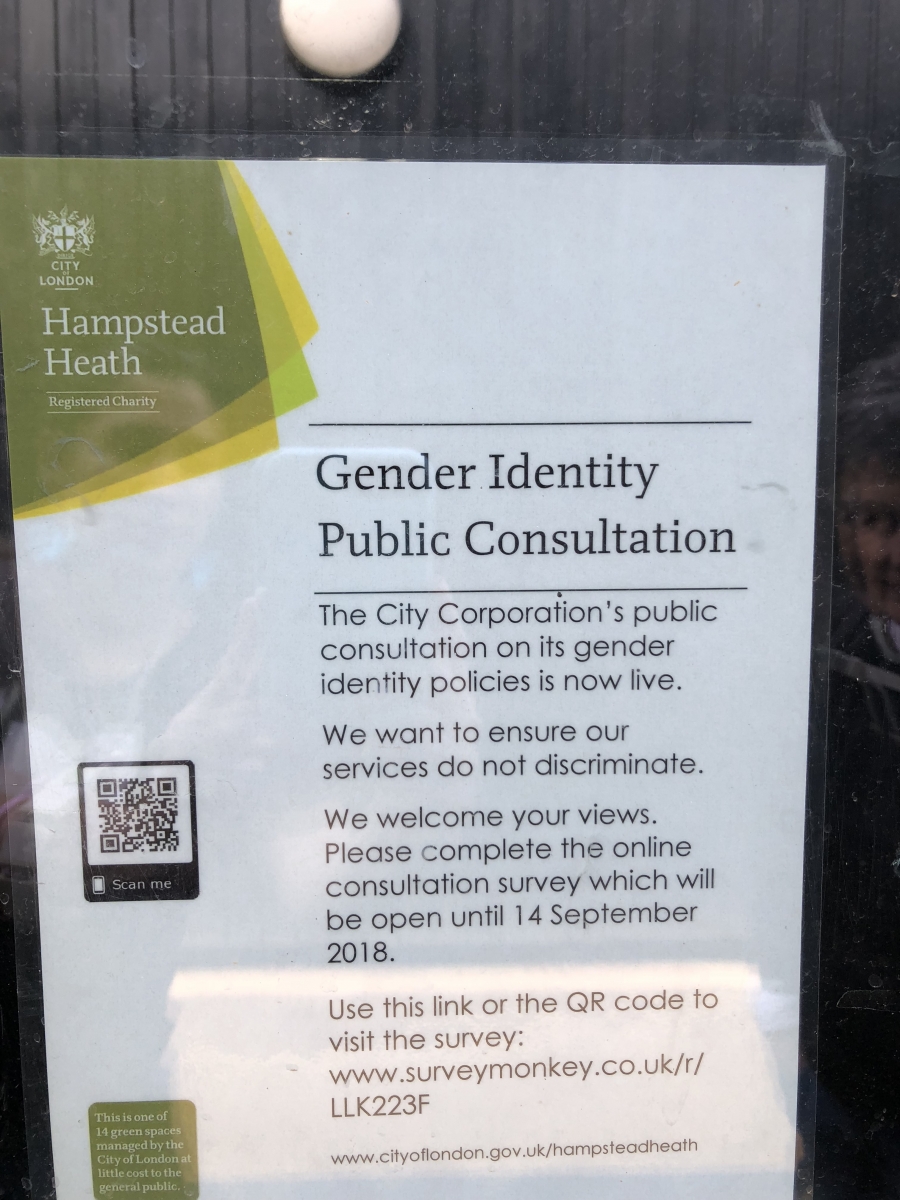 A sign on the window of the office at the Hampstead Heath Ladies' Pond states that transgender women are allowed at the pond.

Faye said the Daily Mail article along with a thing called Man Friday just whipped up a lot of anti-trans hysteria. Man Friday was a protest that erupted at the men's only pond about a half mile away. Women went topless, sported fake beards and went into the men's changing area to prove a point: They think gender isn't fluid. Faye says that's nonsense.

Faye is a journalist. When the controversy happened at the Ladies' Pond, she was asked to speak on several programs and wrote several articles defending transgender rights in the UK.

"The radical feminists in this country, together with the press, have whipped up a sort of hysteria around this, [the idea that] any man can get up on a Wednesday and declare themselves a woman and go into any woman's space anywhere, which is not true."

The City of London, which manages the pond, stepped in. A meeting was called between various organizations, including women from a transgender swimming club, to resolve matters at the pond. And it’s all pretty clear: Denying trans women access to the Ladies' Pond is against the law. The Equality Act was passed in 2010 to make sure discrimination does not happen in public spaces.

Jane Faye feels that a lot has changed since the day she was threatened at the pool. And it's a big part of why she prefers to go to places that are just for women.

Mayhew is pretty clear about the intention of the Kenwood Ladies Pond Association. Trans women are allowed to swim at the pond and enjoy the sunbathing meadow. "We are talking about women," she said sternly. "Transgender women are women."

The UK is about to reauthorize the Gender Recognition Act to make it easier to change the name on your birth certificate and, in turn, easier to be recognized for the gender you feel you are. But trans women like Faye know that it will take more than an act of legislation or a sign on a pond to change people’s minds. 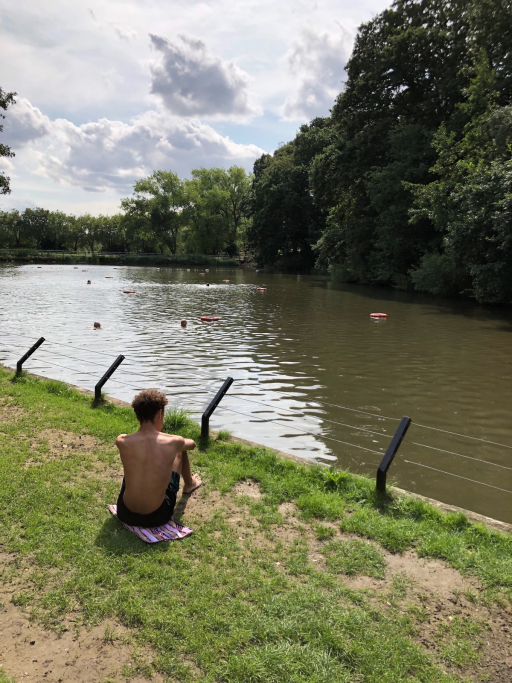 The mixed pond at Hampstead Heath is open to both men and women.