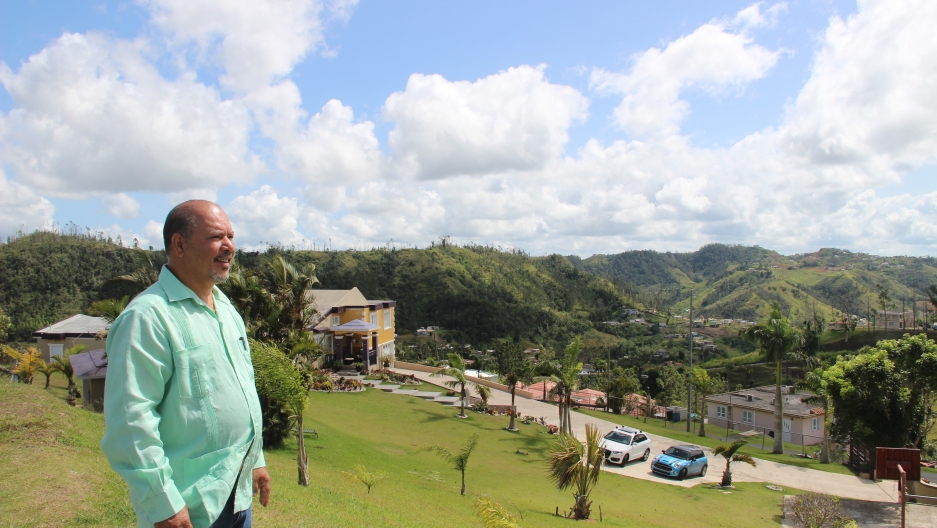 Israel Matos, former director of Puerto Rico’s office of the National Weather Service, at his home in Barranquitas, Puerto Rico.

Barranquitas, a rural region of 30,000 people in central Puerto Rico, gets its name from the terrain. Barranca roughly translates to ravine or gully, and the steep slopes here meant the area was especially hard-hit by Hurricane Maria.

Countless landslides blocked roads for weeks. Streets weren’t completely cleared of mud and debris until long after green returned to the lush valleys, three months after the hurricane.

“This area was full of mud and trees,” Barranquitas resident Israel Matos told The World as he pointed to a busy intersection at the bottom of a hill a few miles from his house. 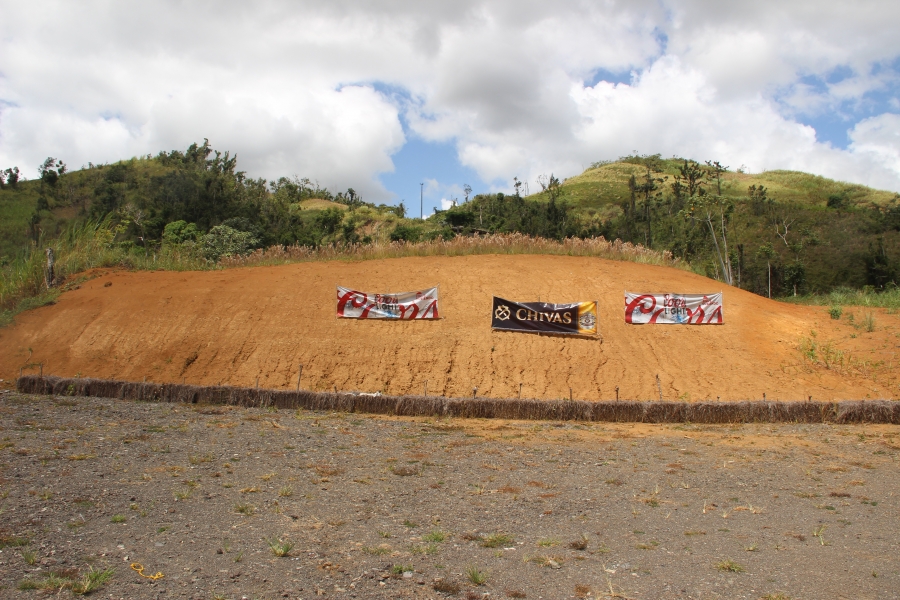 A massive landslide at this site in Barranquitas, Puerto Rico, pushed mud and debris into a major intersection and blocked the roads after Hurricane Maria.

Impassable roads here and across Puerto Rico exacerbated other problems. FEMA didn’t reach Barranquitas with the first emergency water supplies until two weeks after the storm and utility crews couldn’t get here either.

“The power company was telling the mayor, ‘We cannot get to Barranquitas because the roads are blocked. The big trucks cannot get through,’” Matos said.

Matos didn’t get power back until February, and that’s only because he and nearly 20 neighbors hired a private crew to restring roughly two miles of power lines and prop up utility poles.

“We had to do it ourselves,” he said. “We cannot wait for the government.”

Water was — and remains — a problem

When the power went out, so did water for Matos and his neighbors. They live on hills overlooking the surrounding valleys and water has to be pumped up to their homes from the water treatment facility that’s downhill and miles away. 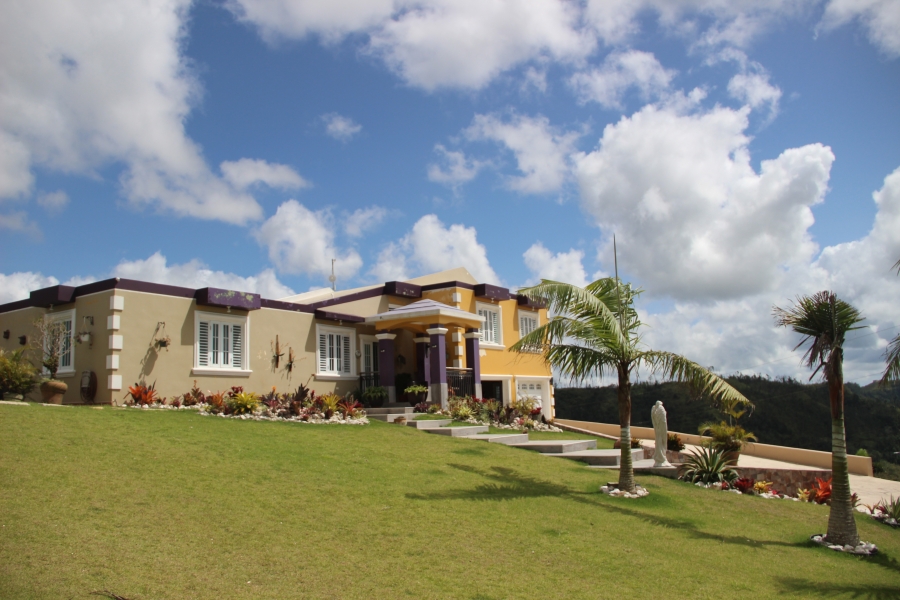 Israel Matos’ home, which was without power until February 2018.

Matos has a 6,000-gallon underground cistern in his front yard to guard against frequent water outages. But after Maria, even that wasn’t enough.

“By mid-November, it was so low that I decided to carry water from an aqueduct,” Matos said.

The fact that Israel Matos’ personal preparations weren’t enough for this storm is a testament to the enormous infrastructure damage it caused. As former head of the National Weather Service’s Puerto Rico office, Matos was likely one of the island’s most prepared citizens ahead of Hurricane Maria. His job used to be to stand behind a podium before big storms and urge the public to prepare.

“From my point of view as [a] meteorologist, I knew that a storm with that intensity will [wreak] havoc on the island," Matos said. "And I expected that. But what I didn't expect was that the response was so late. It was very frustrating."

As frustrated as Matos was, he was still one of the lucky ones. His house was damaged, but not badly. Just down the hill, one of his neighbor’s homes was destroyed. 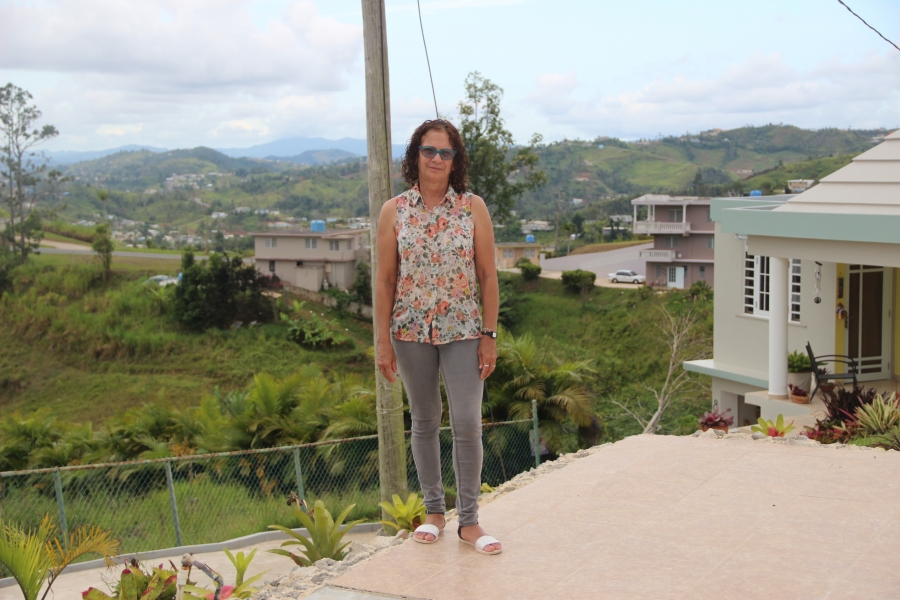 Migdalia Rosado Sánchez on her property in Barranquitas, a town in central Puerto Rico hard hit by Hurricane Maria and landslides that followed.

Migdalia Rosado Sánchez has pictures of her old house with just a single wall standing after Maria. Her tin roof was blown off the house and the metal sheets slid underneath her nearby car.

“It was like they placed a bomb inside … I lost everything that I had,” Sánchez said. “I spent months not accepting it. It was horrible."

After Maria, Sánchez stayed with her daughter’s family while they ate canned food and hauled water from the river to bathe.

In major ways, Barranquitas is no more ready for a storm than it was a year ago

Today, the valleys of Barranquitas are still dotted with blue tarp roofs. The scars of landslides are visible in patches of raw, orange earth on nearly every hillside. But people are also rebuilding homes, and day-to-day life has returned largely to normal. 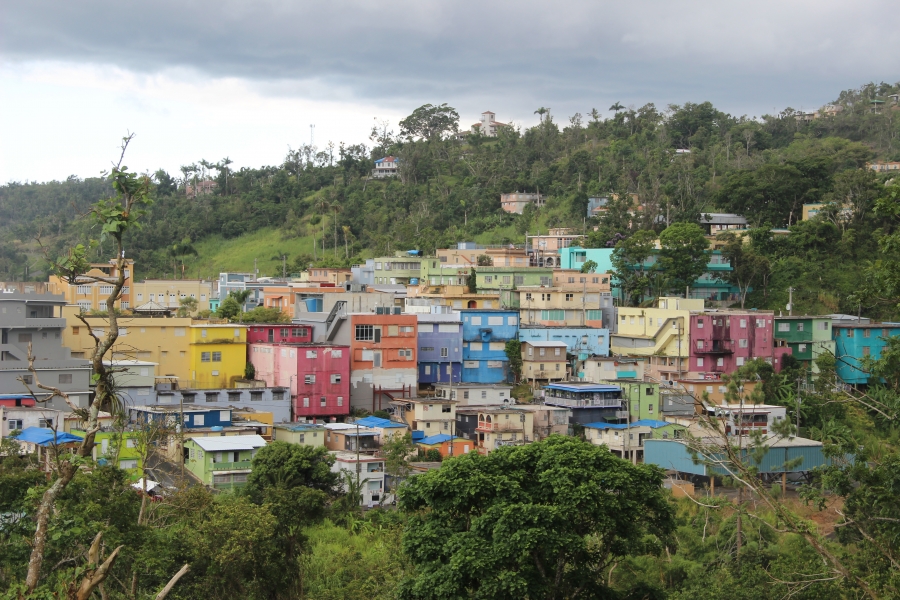 Still, a year after Maria, the town is in some ways no better equipped to handle a big storm than it was a year ago.

The power grid is still a fragile patchwork of temporary fixes like the ones Matos and his neighbors arranged. The Puerto Rican power authority itself admits the island’s electricity infrastructure is weak, and has no timeframe laid out for work to strengthen the grid against future storms.

Water also remains an issue. Most of the stations that pump water up the mountains of Barranquitas don’t have generators, so when the power goes, so does the water for at least a third of the town’s 30,000 residents.

There are more generators on the island now, about 600 from FEMA compared to 80 prior to the storm, but they’re concentrated at hospitals and near other key infrastructure. The Puerto Rican Aqueducts and Sewer Authority says only about half of the more than 2,000 facilities that require electricity, including sewage and water treatment plants and pump stations, have generators right now. There are no plans to locate generators at all their facilities, as it would be cost prohibitive, officials say.

Rural roads also remain a vulnerability in Barranquitas and across Puerto Rico, where it is estimated Maria’s downpours caused more than 40,000 landslides that destroyed infrastructure and local ecosystems. 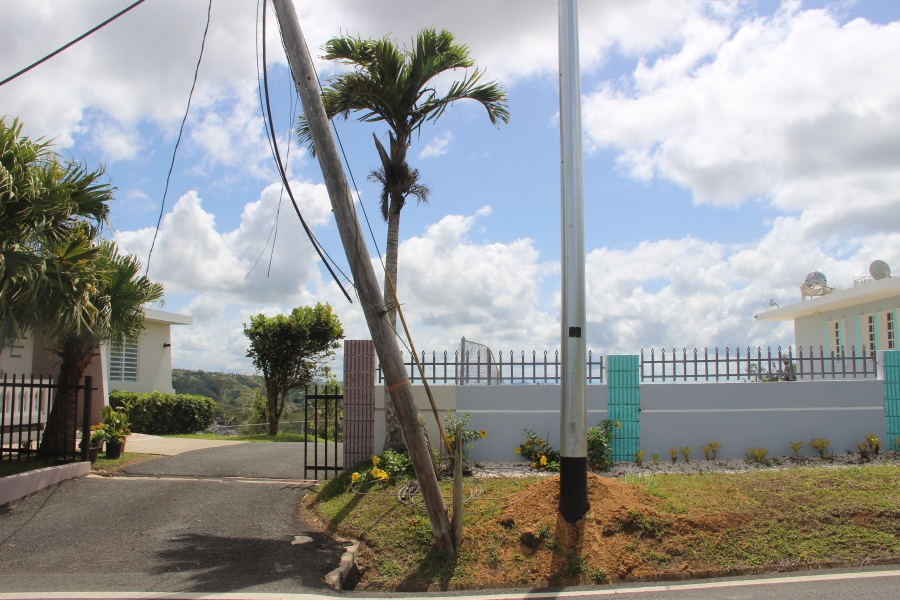 The electric grid remains vulnerable all over Puerto Rico, including in Barranquitas.

“That's the nature of our town,” Díaz Rivera said, “Steep cliffs, ravines, we're surrounded by mountains and cliffs — which, when it rains a lot, cause landslides.”

The municipality got two new earth-movers since Maria, bringing the total up to three. Díaz Rivera says they should help the town clear roads more quickly after future storms. But she says the town really needs two more excavators to adequately respond to blocked roads.

FEMA’s Mike Byrne says access to rural towns may be the island’s biggest vulnerability a year after Maria.

“That is probably our biggest risk,” said Byrne, who is coordinating the federal government’s disaster response in Puerto Rico. “That transportation, that last mile.”

One of FEMA’s responses to that issue has been distributing more emergency stockpiles closer to where people need them.

Barranquitas now has FEMA food and water stockpiled in the basketball stadium in the center of town.

Immediate changes like these are welcome to Israel Matos. But he hopes with most of the short-term recovery work done, the conversation in Puerto Rico around resilience can turn to the long-term, and preparing for the new reality of rising seas and stronger storms.

“Climate change is not coming. It’s already here. And the administration needs to focus on that and plan for that,” Matos said, referring both to Washington and San Juan. “That is not happening, it’s very frustrating.” 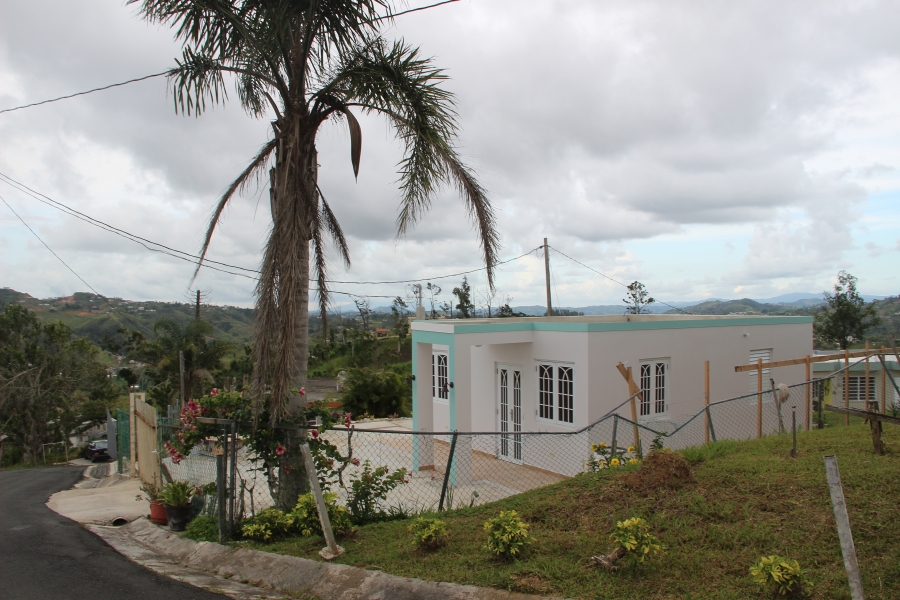 Meanwhile, many Puerto Ricans have lost faith in their government’s ability to respond to disasters and are taking preparedness into their own hands, installing solar panels for power and stock-piling food and water in their own homes.

When The World visited Matos’ neighbor Migdalia Rosado Sánchez last month, her new home was almost ready for her to move in. It’s made of concrete instead of wood, the better to withstand future hurricanes.