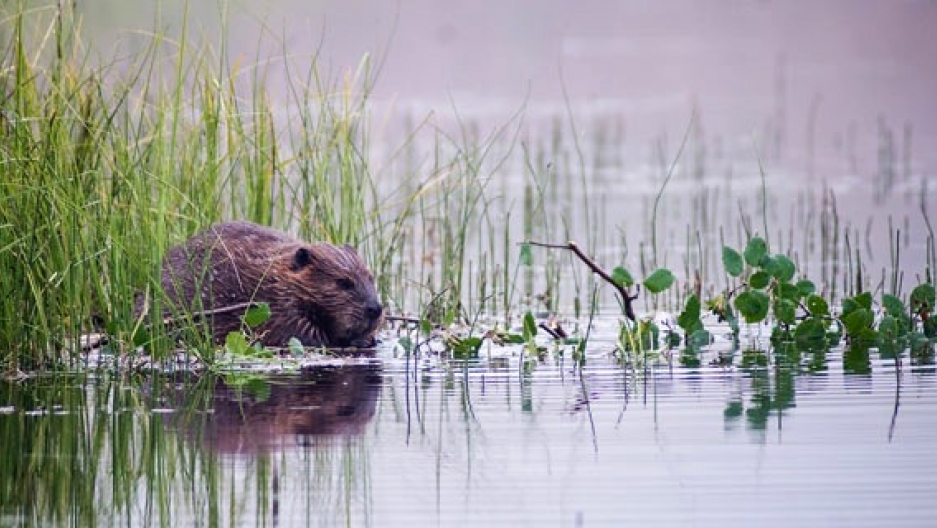 Before Europeans showed up in North America, as many as 400 million beavers swam its streams.

Beavers, the largest rodents in North America, are sometimes seen as pests. But a growing cohort of self-styled “Beaver Believers” is celebrating the dam-building creatures as a keystone species on which entire freshwater ecosystems depend.

In his 2018 book, "Eager: The Surprising, Secret Life of Beavers and Why They Matter," author Ben Goldfarb examines the history, ecology and physiology of beavers — and describes why some landowners are welcoming beavers to help store water and revitalize streams in the increasingly arid American West.

So, what does it mean to be a “Beaver Believer?”

“The Beaver Believers are a tribe of scientists, land managers, farmers and ranchers — really anyone — who believes that restoring these incredible little ecosystem engineers can help us deal with all kinds of environmental problems,” Goldfarb says. “The Beaver Believers are people like me who have come to recognize that this is an incredibly important animal that we should cooperate with in landscape restoration.”

When beavers build their dams, they create ponds and wetlands; they help store water for farms and ranches; they help filter out water pollution, which improves water quality; they create habitat for many kinds of fish and wildlife that we care about; they slow down floods; and their ponds can act as fire breaks.

European fur traders came to North America in the early 1600s and set about trapping out beavers from every single stream, river, lake and pond they encountered, Goldfarb says. Along with timber and cod, the beaver pelt was the most important natural resource in the New World.

“Beavers made the Massachusetts Bay Colony possible, from one standpoint,” he says.

At the time, as many as 400 million beavers inhabited North America. By the year 1900, after three centuries of unabated trapping, their population was down to around 100,000 in all of North America.

With the beavers gone, their dams broke down and many of their ponds and wetlands drained. In old trappers’ accounts, they describe crossing places considered desert today, like eastern Wyoming or areas of Utah, and finding ponds, wetlands and beavers everywhere, Goldfarb points out.

“It was once a much lusher landscape,” Goldfarb says. “We also drained lots of wetlands for agriculture, and, of course, climate change is fueling drought, so trapping out beavers was certainly not the only thing contributing to drought in the American West. But we eliminated the animal that was keeping North America hydrated.”

These days, beavers are typically viewed as nuisances. There is strong disagreement over whether they should be allowed to live on private land, where they can flood the landscape and cut down trees.

“Even the most devout Beaver Believer is not naive about the problems that beavers can cause,” Goldfarb says. “They're hard animals to live with. They're meddlers, just like we are, and they do cut down valuable timber and they clog up road culverts.”

The traditional response is to eliminate the beavers, which can temporarily alleviate problems. But, Goldfarb says, beavers are attracting fans in the agricultural community.

Goldfarb writes about a cluster of ranchers in northeastern Nevada who were ranching in overgrazed ecosystems. The group agreed to reduce some of the grazing pressure, which helped vegetation, including willow, recover. This basically invited back the beavers, Goldfarb explains. The ranchers' first impulse was to get rid of the beavers, but they decided to let them stay, Goldfarb says.

The beavers built dams and created ponds and wetlands, which had two big impacts. First, they provided an on-site water source for cattle in the arid northeast Nevada landscape. During times of drought, when other ranchers had to truck water to their livestock, these ranchers had water on their land.

Secondly, aside from the visible water in a beaver pond, there is also water being forced into the ground, raising the water table and sub-irrigating the surrounding grasslands.

“There are ranchers who have seen fantastic grass production increases thanks to the return of beavers and have become beaver believers for that reason. Because if you're a rancher, grass is money,” Goldfarb says.

Two streams near Elko, NV: Trout Creek on the left and Cottonwood Ranch on the right, where beaver live. The ranch owner planned to kill the beavers because, “that’s what you do,” until he noticed that they diverted water into the region.

A lot of people Goldfarb spoke to advocate using contraptions called flow devices, which are pipe and fence systems that can pass water through a beaver dam or through a road culvert and regulate the height of the pond. This technique can “strike a compromise between human and rodent,” Goldfarb says, “where there's enough water for the beavers to persist, but not so much that your road or backyard is totally submerged."

Beavers might even be able to help humans cope with some of the consequences of climate change — wildfires, heat waves and drought. Goldfarb describes, for example, a pond he visited in the Methow Valley in Washington State.

“The Methow is a very dry place that has been hammered with fire in the last several years,” he says.

At this particular pond, one side had been totally scorched and the other side remained green.

“It was clear the fire had hit the pond and basically hadn't proceeded any further,” Goldfarb says. But, he adds, “the ability of beavers to act as firebreaks is one of those things that hasn't really been quantified in any kind of meaningful way.”

As for drought, researchers are asking how much beavers can help compensate for the loss of glacial melt and snowpack that are so important in the American West.

“We know that beavers can take seasonal streams and turn them perennial,” Goldfarb says. “We know they're storing lots and lots of water, but how much of that water is reaching downstream users? To what extent can they compensate for some of these catastrophic climate impacts? We just don't know the answers to these questions yet.”

Research on beavers and their potential to mitigate the impacts of climate change is happening right now all over the American West, Goldfarb says. “I think the next the next five to 10 years will have some really interesting results on the ‘beavers-as-climate-adaptation-tool’ front.”