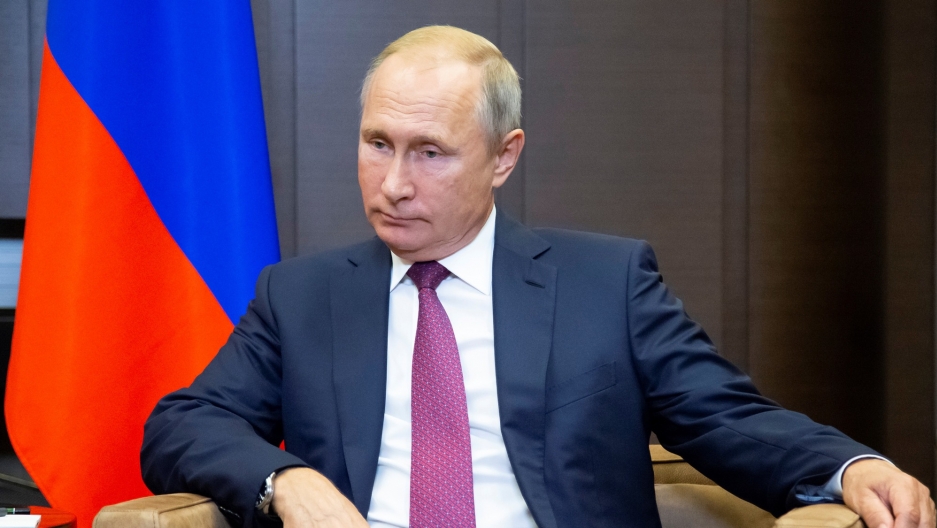 Russia's Defence Ministry said a Il-20 reconnaissance aircraft, with 15 Russian service personnel on board, was brought down by anti-aircraft batteries of Moscow's ally, Syria, in a friendly fire incident.

On Tuesday, Russian officials accused Israel of indirectly causing the incident near Syria's Mediterranean coast, and threatened to retaliate against Israel for what it described as a hostile act.

The Russian ministry said it held Israel responsible because, at the time of the incident, Israeli fighter jets were mounting air attacks on Syria targets and had only given Moscow one minute's warning, putting the Russian aircraft in danger of being caught in the cross-fire.

Israel's military declined to comment, as did the prime minister's office and the Foreign Ministry.

Russian Defence Minister Sergei Shoigu spoke to his Israeli counterpart, Avigdor Lieberman, and told him Moscow held Israel wholly responsible for the shooting down of the plane, Russian news agencies reported. The Israeli Defence Ministry confirmed the call but declined to give any further details.

Moscow said its plane disappeared from radar screens as it was coming in to land at the Hmeymim air base in western Syria late on Monday, just as Israeli jets and French naval vessels were mounting air strikes on targets in the same area of Syria.

According to the ministry, the Israeli F-16 jets carrying out the air strikes used the Russian plane as cover to allow them to approach their targets on the ground without being hit by Syrian anti-aircraft fire.

"Hiding behind the Russian aircraft, the Israeli pilots put it in the line of fire of Syrian anti-aircraft systems. As a result, the Il-20 ... was shot down by the (Syrian) S-200 missile system," Konashenkov said.

He said the Israeli pilots "could not have failed to see the Russian aircraft, as it was coming in to land from a height of 5 km (three miles). Nevertheless, they deliberately carried out this provocation," Konashenkov said.

"This absolutely does not correspond to the spirit of Russian-Israeli partnership," Konashenkov said.

"We reserve the right to take commensurate measures in response," Konashenkov said, without giving details of what those measures would be.

The Kremlin was extremely concerned by the incident and President Vladimir Putin expressed his condolences for those who were killed, Kremlin spokesman Dmitry Peskov told reporters.

Several countries have military operations under way around Syria, with forces on the ground or launching strikes from the air or from ships in the Mediterranean. In some cases, those countries are backing opposing sides in the Syrian conflict.

Foreign powers involved in the conflict — including Israel and Russia — operate hotlines to exchange operational details to avoid one side accidentally attacking the other's forces.

However, diplomats and military experts have warned that the risk of inadvertent strikes is high.

Relations between Russia and Israel have been cordial over the past few years, with Moscow trying to act as a mediator between Israel and its biggest regional adversary, Iran.

Israeli Prime Minister Benjamin Netanyahu was the guest of Russian President Vladimir Putin at a military parade on Moscow's Red Square in May this year.

By Christian Lowe and Katya Golubkova/Reuters