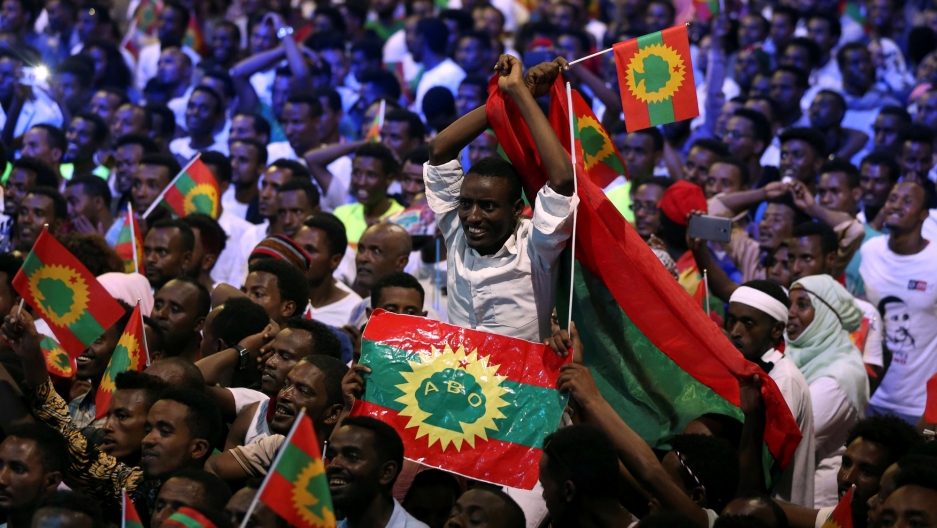 The exiled leadership of the Oromo Liberation Front (OLF), which had previously been declared a terrorist movement by the Ethiopian government, returned home on Saturday, marking another step in political reforms driven by the new prime minister.

The OLF had fought an insurgency for self-determination for the Oromo — the Horn of Africa country's largest ethnic group — for over three decades.

The group was initially part of a transitional government set up in 1991 by rebels that drove dictator Mengistu Haile Mariam from power, but they soon fell out with the coalition.

On Saturday, OLF leader Dawud Ibsa arrived in the capital Addis Ababa aboard an Ethiopian Airlines plane. Tens of thousands of supporters attended a rally celebrating his return from neighboring Eritrea, where he has lived in exile.

"We want to play a role in the reconstruction of the country," Ibsa told reporters upon his arrival.

His return comes a month after the OLF signed an agreement with the government to end hostilities, part of a drive by Prime Minister Abiy Ahmed to improve diplomatic relations, reform institutions and open up parts of the state-controlled economy.

Abiy has also worked to mend a military standoff over a border dispute with Eritrea, reshaping the political landscape in the Horn of Africa.

The prime minister's chief of staff Fitsum Arega used his Twitter feed to welcome the OLF leaders back to Ethiopia.

The OLF declared a unilateral ceasefire in July after parliament removed it from a list of banned terrorist groups.

Abiy took office in April and his reforms have included extending an olive branch to dissidents overseas.

The OLF is the second exiled opposition group to head back to Ethiopia in a week, with the leadership of previously outlawed Patriotic Ginbot 7 arriving a week ago.

The government had labeled the group as a "terrorist movement" in under an anti-terrorism law that rights watchdogs said was used indiscriminately to silence dissent.