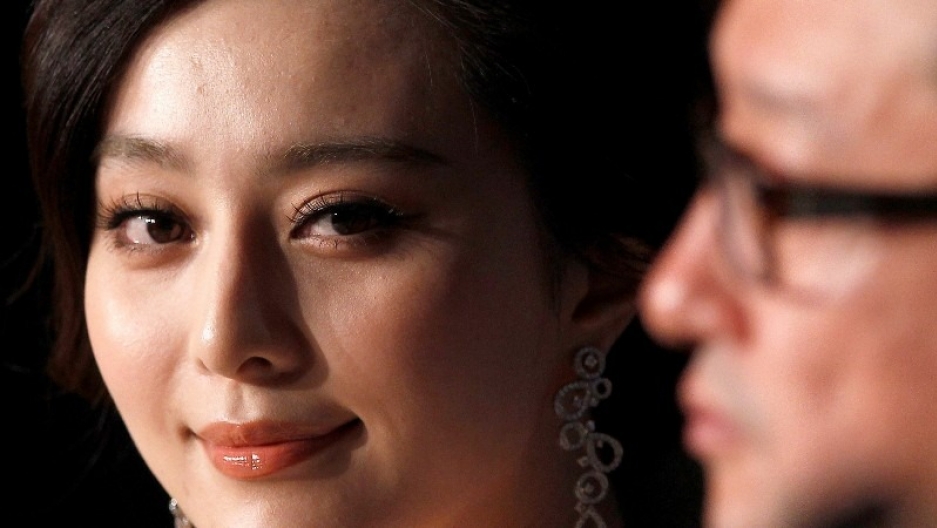 Fan Bingbing, an A-list Chinese movie star who has appeared in the "X-Men" and "Iron Man" film franchises, has more than 62 million followers online in China and fronted campaigns for Montblanc watches and De Beers diamonds, has disappeared.

The star's vanishing act has sparked wild speculation in China about her fate, including reports the actress had been detained: She dropped off the radar in June when reports started to swirl that she was involved in a probe into tax evasion in the film industry.

Reuters was unable to contact Fan. Calls to her agent went unanswered. When asked about Fan, a spokesman for China's Foreign Ministry replied: "Do you think this is a question of diplomacy?" The Beijing Public Security Bureau declined to comment.

The real-life drama has been playing out at a time when Beijing is tightening the reins on popular culture, looking to stamp out behavior seen as going against the ruling Communist Party's ideological line and co-opting movie stars, pop bands and online celebrities to endorse socialist values.

"It is written in our new movie promotion law that entertainers need to pursue both professional excellence and moral integrity," said Si Ruo, a researcher at the School of Journalism and Communication at China's prestigious Tsinghua University.

"In the unbridled growth of the industry in the past few years, we might have overlooked the need for positive energy, so the government's intervention is reasonable."

A Chinese TV anchor in May was widely reported to have posted online tax-dodging pay agreements online that appeared to implicate Fan. The agreements are known as "yin-yang" contracts, one setting out the real agreed payment terms and a second with a lower figure for the tax authorities.

Hong Kong's South China Morning Post reported that Fan's studio denied she had ever signed separate contracts for a single job. China's tax bureau said in June it was launching a tax evasion investigation into the film and television industry.

But the culture clean-up is more widespread, snaring video games, online bloggers and rap artists. Critics say it threatens to stifle creativity in some sectors, and is hitting the bottom lines of firms such as tech and gaming giant Tencent.

An open letter earlier this month from members of the Beijing Trade Association for Performances said the body would "purify" the city's entertainment and performance sector and guide artists towards "core socialist values."

"Celebrities are seen as a weapon in the Party's ideological battle, which is fought across all sectors all the time," said Jonathan Sullivan, Director of China Programmes at the University of Nottingham.

China has long sought to control the creative arts, from censoring movies to literature. However, a boom in online media has prompted a new push to cleanse the arts world, as President Xi Jinping looks to tighten his grip over a huge and diverse cultural scene popular with China's youth.

That drive has created a dragnet that has swept over the creative arts, leaving few unaffected.

Fangu, a grunge band from Beijing, which has toured across China, said it had hit an issue with its name, which translates literally as "anti-bone," though means something closer to "rebellious spirit".

The band was forced to change its name this week ahead of a concert in Shanghai.

"The relevant bodies do not allow the word 'anti' so we have to change the name temporarily," Qi Tian, an assistant to the band, told Reuters.

Video game makers have had to tweak their offerings to add patriotic Chinese elements. Others have simply seen approvals withheld. Big media platforms have been rapped for not censoring their content enough and some have had to take sites offline.

A report this month from a state university and circulated in official media, ranked Chinese stars in order of their social responsibility, including their moral conduct, underscoring an increasingly puritanical focus on good behavior.

The ongoing shake-up is also hitting China's burgeoning movie and entertainment industry hard. Share prices of related companies tanked after the government probe was announced and many are conducting self-checks on their tax situations.

Claire Dong, partner and attorney at Beijing-based Tiantai law firm, said there has been a surge of consulting requests since Fan got into hot water.

New policies are swiftly eroding the favorable tax treatment that actors and artists once enjoyed.