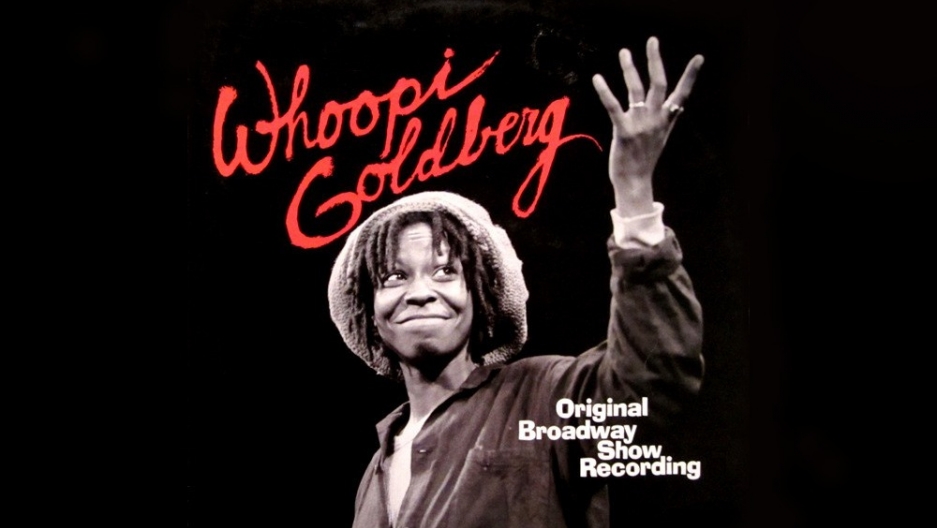 The original Broadway recording of Whoopi Goldberg’s one woman show.

Listener Julie Bayley grew up watching daytime talk shows to catch comics like Rodney Dangerfield. But there weren’t any comedians like her: female and black.

Then Bayley saw Whoopi Goldberg in her one-woman show on Broadway (it ran for 156 sold-out performances in 1984-85). She transformed into a variety of characters — from a surfer chick to a caustic junkie — talking about everything from race to abortion to patriotism. “People around me were laughing and I couldn't even laugh," she remembers. "I couldn't even laugh because I was mesmerized. There was this woman who was unashamed of how she looked, and the way her hair looked, and who she was and she was up there not just saying funny things, but saying true things."

As a young adult Bayley tried her hand at stand-up. She ended up in advertising, but she says her late nights at comedy clubs, dodging drunks and hecklers while trying to get through a set, made her fearless in the boardroom. “What the hell can frighten me now?”