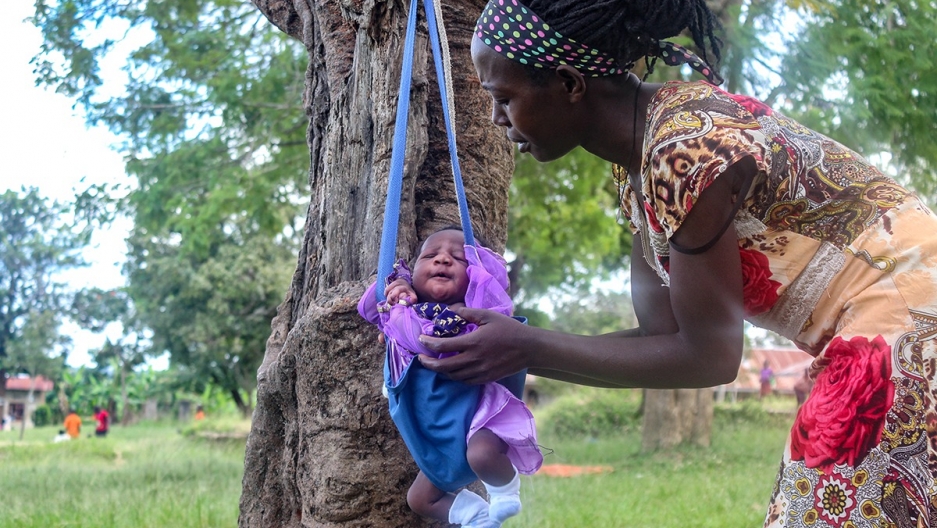 Mothers who attend nutrition classes in Matyebili, Uganda, have a chance to weigh their children and learn about foods that can help them and their kids stay healthy.

Thanks to the nutrition classes that she hosts, Betty Nabiteeko has earned the title of “nurse” among residents of her community. She is not a certified health worker, but every other week, mothers gather with their young children in Matyebili, a village in Uganda’s central Kyotera district, to seek her advice.

Holding an orange-fleshed sweet potato, Nabiteeko tells the crowd how the starchy but healthy vegetable can sustain their nutritional needs.

Some 5.3 million Ugandans face acute food insecurity, according to data from the Food and Agriculture Organization of the United Nations, while 36 percent of children in the country are undernourished or stunted.

High food prices and crop failures have caused nutritional challenges for the population and made it difficult for many to buy food. Nabiteeko says a lack of knowledge about nutrition adds to the problem.

“I have to make sure every mother practices what they learn here, not only to benefit their personal health but that of their families,” she says. 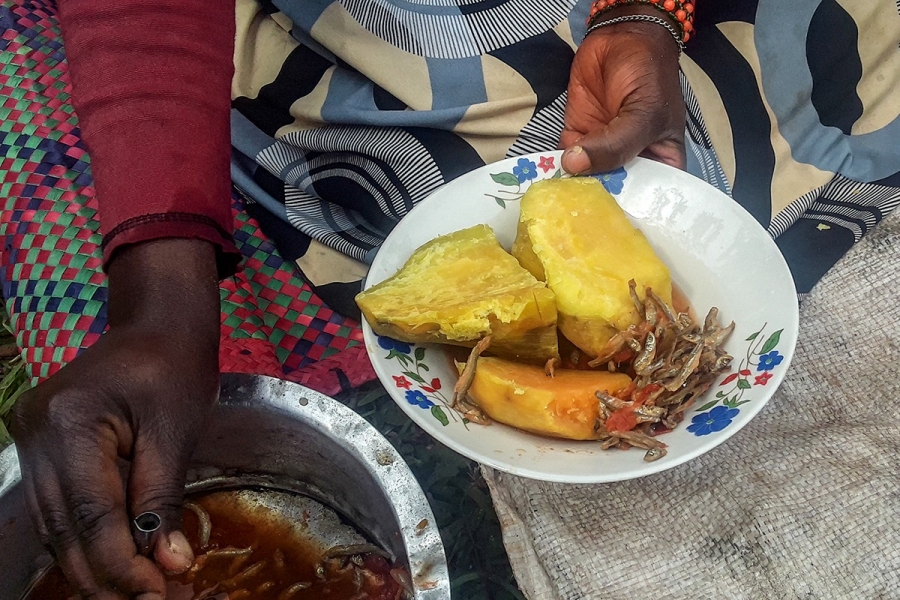 Local health promoters like Nabiteeko have teamed up with BRAC, an international development organization, to raise nutritional awareness in remote parts of the country through a project that features the vitamin A-rich, orange-fleshed sweet potato. In Matyebili, residents are learning how to grow and cook them, as the program enters the second of two five-year phases.

Agriculture is a core sector of Uganda’s economy. In 2016, agriculture accounted for about 23.6 of the total gross domestic product and 46 percent of export earnings.

According to the International Food Policy Research Institute, 87 percent of Ugandans live in rural areas, and many of them farm for subsistence, growing a few staple crops such as cassava, plantains, maize and beans.

A lack of diversity in rural diets has led to high levels of malnutrition, especially among young children and women, but so have low levels of nutrition education among mothers, experts say. Stunting affects one in three children in Uganda, according to the European Commission, while the economic cost of malnutrition contributes to a loss of about 4.1 percent of the total gross domestic product each year.

To combat malnutrition, BRAC launched a national nutritional project in 2013, with a focus on a vegetable that medical experts say supports the immune system and contains high levels of vitamins A, B6 and C.

In the first phase of the project, which ended in June, BRAC donated the orange sweet potato crop to small-scale farmers, while local volunteers taught beneficiaries how to cultivate and cook it.

“So far, 19,200 women and children countrywide have benefited from the orange potatoes,” says Hannan Ali, the project coordinator.

About 4,800 households are either growing or consuming the potatoes in Uganda’s Central Region, he adds. 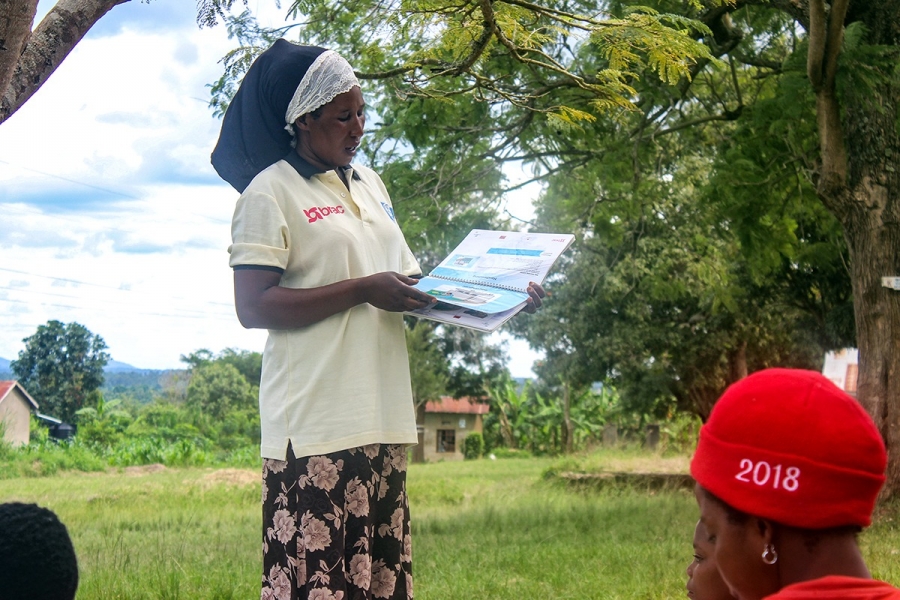 Betty Nabiteeko hosts a biweekly nutrition class in Matyebili, a village in central Uganda. Mothers attend the class to learn about the benefits of ingredients such as the orange-fleshed sweet potato.

As the project enters the second phase, Kiseka says his organization is conducting surveys to determine how it can improve the program and to what extent it has contributed to the decline in stunted growth.

In the meantime, Nabiteeko continues to teach young mothers how to use the potatoes in daily meals.

Christine Nakitende comes to the classes regularly. She says her 2-year-old daughter is no longer underweight.

Josephine Nakakande, who started attending Nabiteeko’s classes in 2013, says her 7-year-old is now healthier than he was before she began cooking Nabiteeko’s recipes.

“My first child was underweight and did not look healthy as he does now,” she says. “My favorite to enjoy with my whole family is mashing the potatoes and mixing it with silver fish.”

But Nakakande says her family is not eating the potatoes as often as they used to. Extended drought periods have made it difficult for her to grow the orange-fleshed sweet potato.

“The weather is unpredictable,” she says. “So right now, I don’t have potatoes.” In place of the vegetable, Nakakande says, her family and many others have made flour from a previous harvest of sweet potatoes.