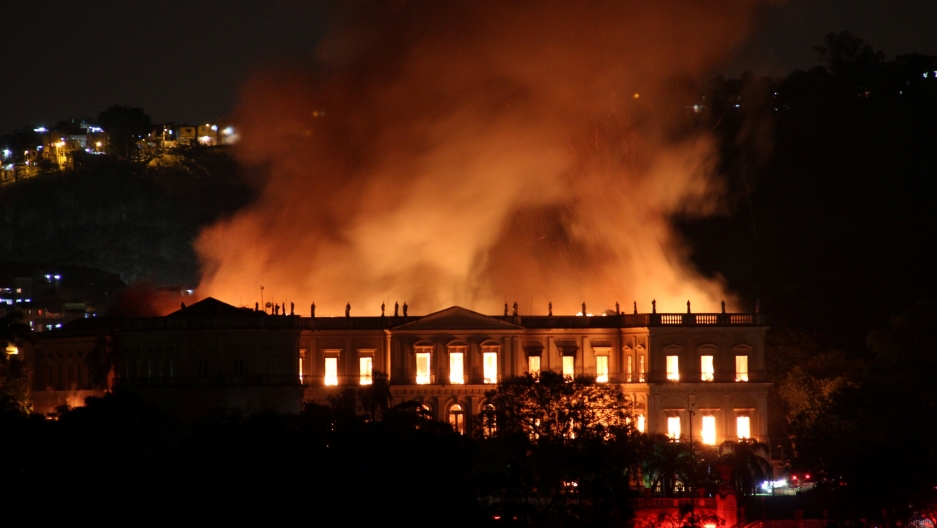 A fire burns at the National Museum of Brazil in Rio de Janeiro, Brazil, September 2, 2018 in this picture obtained from social media.

The destruction of the building, once a palace for emperors that had fallen into disrepair, was an "incalculable loss for Brazil," President Michel Temer said in a statement.

"Two hundred years of work, research and knowledge were lost."

There was no word of the possible cause late on Sunday, nor if there were casualties or the exact extent of damage.

Firefighters in Rio did not reply to requests for comment. 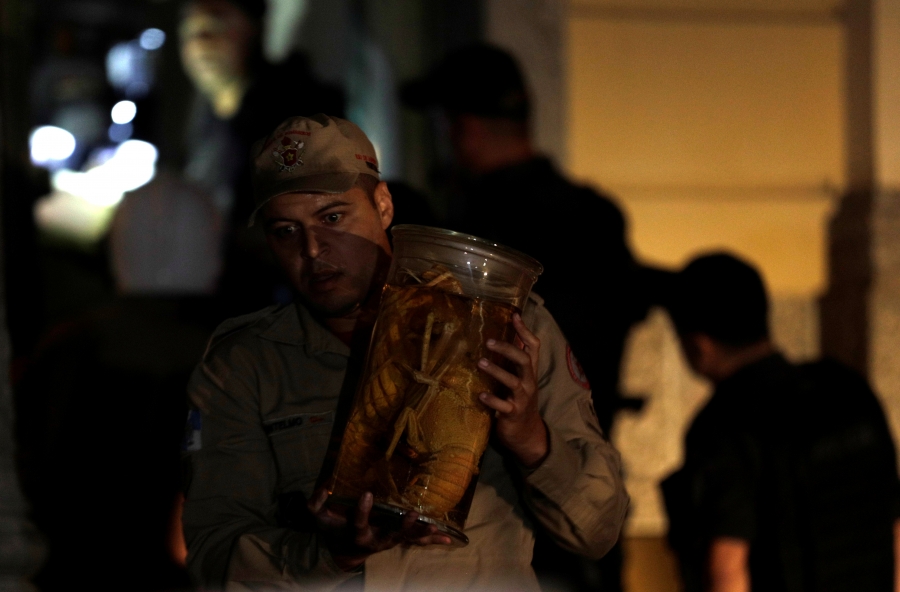 A firefighter rescues items during a fire at the National Museum of Brazil in Rio de Janeiro, Brazil, September 2, 2018.

Live television broadcast images of the fire, which began after the end of visiting hours at 5 p.m., burning out of control throughout the building late into the night.

The museum, which is tied to the Rio de Janeiro federal university and the education ministry, was founded in 1818. It houses several landmark collections, including Egyptian artifacts and the oldest human fossil found in Brazil.

The museum had suffered from years of neglect under numerous governments, the institution's vice-director told the Globo TV network on Sunday night.

"We never got anything from the federal government," said the official, Luiz Duarte. "We recently finalized an agreement with (state-run development bank) BNDES for a massive investment, so that we could finally restore the palace and, ironically, we had planned on a new fire prevention system."

In a statement posted on its website in June, BNDES agreed to finance of 21.7 million reais ($5.35 million) to "physically restore the historic building" and also to carry out work to "guarantee more security to its collections." 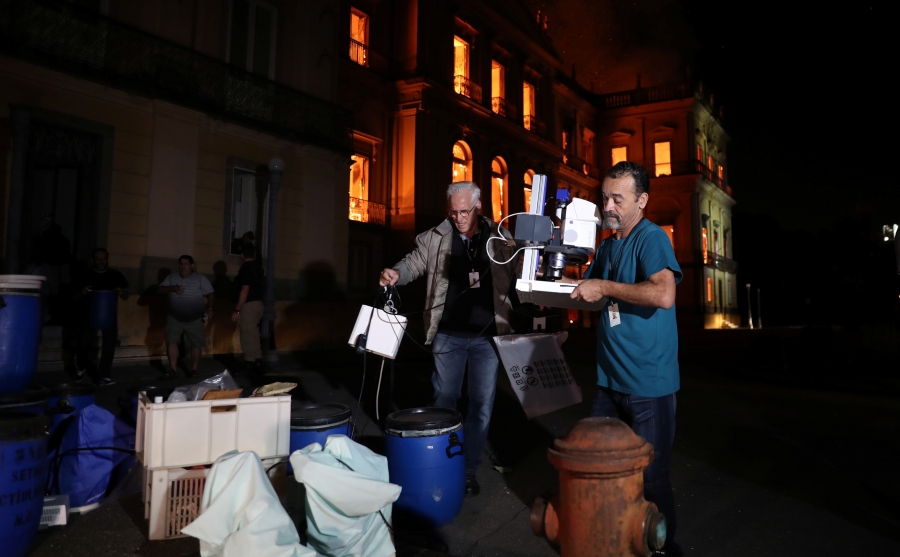 People rescue items during a fire at the National Museum of Brazil in Rio de Janeiro, Brazil, September 2, 2018. 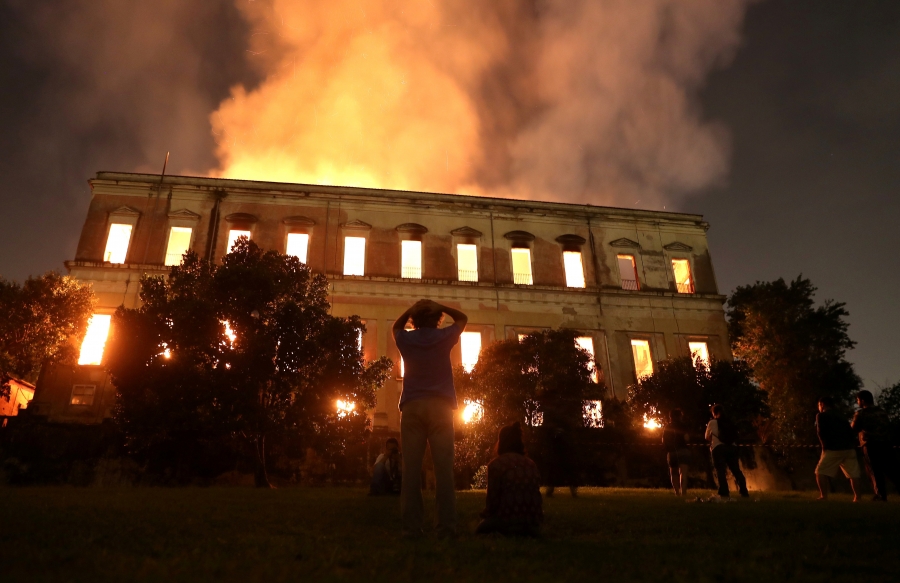 People watch as a fire burns at the National Museum of Brazil in Rio de Janeiro, Brazil, September 2, 2018.