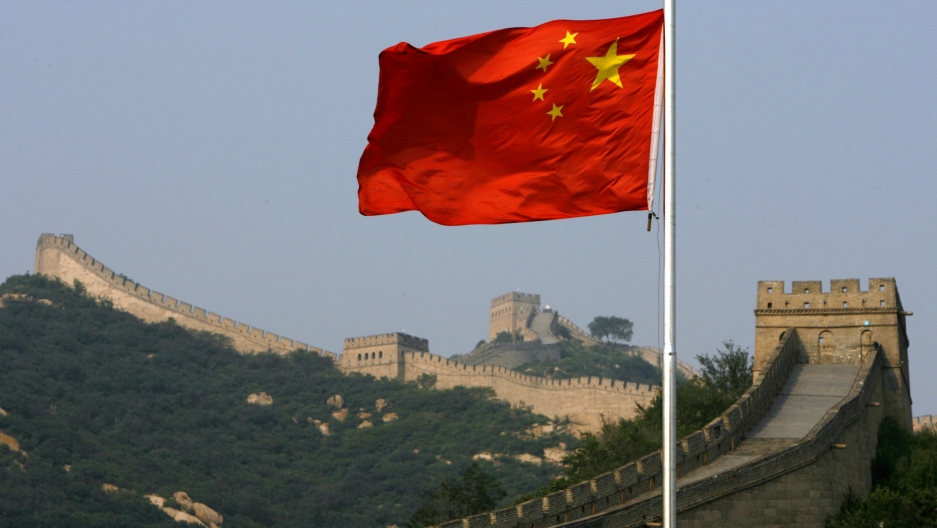 A Chinese flag flies in front of the Great Wall of China, located north of Beijing August 18, 2007.

The United States, Australia, France and Britain will open new embassies in the Pacific, boost staffing levels, and engage with leaders of island nations more often in a bid to counter China's rising influence in the region, sources have told Reuters.

The battle for influence in the sparsely populated Pacific matters because each of the tiny island states has a vote at international forums like the United Nations, and they also control vast swathes of resource-rich ocean.

China has spent $1.3 billion on concessionary loans and gifts since 2011 to become the Pacific's second-largest donor after Australia, stoking concern in the West that several tiny nations could end up overburdened and in debt to Beijing.

In response, Australia, New Zealand and the United States say they will increase economic aid and are expanding their diplomatic presence to countries in the region, government officials and diplomats told Reuters.

"We are concerned about Chinese practices that lead to unsustainable debt," said a US government source with direct knowledge of Washington's plan for the region, who spoke on condition of anonymity.

The US official said Washington needed to have adequate representation in the Pacific countries in order to let their governments know what options were open to them and the consequences of taking offers from elsewhere.

China's embassy in Australia did not immediately respond to a request for comment. Earlier this year, China's ambassador said Beijing was careful to ensure that borrowers were able to meet debt repayments.

Representatives for the governments of Australia, Britain, France and the United States in Canberra did not immediately respond to requests for comment.

The US government source said Washington would boost diplomatic staffing numbers in Palau, the Federated States of Micronesia and potentially Fiji within the next two years.

Australia's government is expected to name its first High Commissioner to Tuvalu within weeks, rushing to fill a post Canberra decided upon establishing only several months ago, a government source told Reuters. He declined to be identified as he is not authorized to talk to the media.

Britain will open new High Commissions in Vanuatu, Tonga and Samoa by the end of May 2019, while French President Emmanuel Macron is seeking to organize a meeting of Pacific leaders early next year, diplomatic and government sources have told Reuters.

Earlier this month, Tongan Prime Minister 'Akilisi Pōhiva sought support from other governments in the region to make a coordinated request for China to forgive mounting debts. The Pacific leader then abruptly backed down after Beijing complained about the plan.

Palau and Tuvalu both recognize Taiwan, which is claimed by Beijing as a Chinese territory, and has become one of China's most sensitive issues.

By the end of 2018, Fiji expects to receive a Chinese hydrographic vessel that can map the sea bed, Viliame Naupoto, the head of Fiji's armed forces told Reuters. It will be the first military gift from China to a Pacific nation, and Western diplomats saw it as an attempt by Beijing to find favor with Fiji, one of the region's larger economies.

"Fiji has a strong economy on the back of a vibrant tourism sector, it will have plenty of finance options," said a former Australian diplomat.

The Western allies are also working on building relations. Forces from Papua New Guinea, Fiji and Tonga will next week join two weeks of military drills off Australia's northern coast, along with personnel from the United States, France and Japan. China is also attending at the invitation of host nation Australia.

"There is a sustained push by allies in the region. The Indo-Pacific is a large body of water; a strong navy makes for a strong national defense," Andrea Thompson, US Under Secretary for International Security and Arms Control told Reuters.