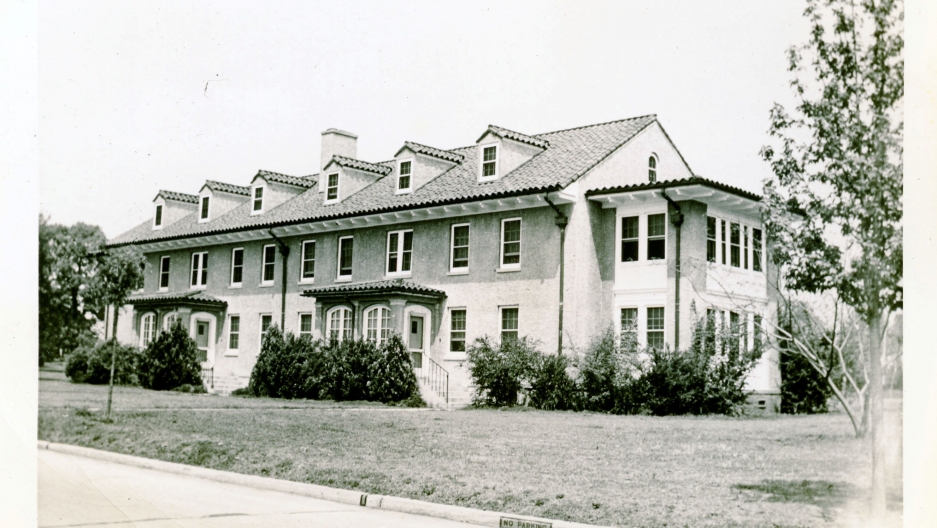 Army residences, some of which are almost a century old and contain lead hazards, are pictured at Fort Benning, Georgia in this undated archival handout photo.

Courtesy of The Columbus Museum, Georgia/Reuters

The US Army has drafted a plan to test for toxic lead hazards in 40,000 homes on its bases, military documents show, in a sweeping response to a Reuters report that found children at risk of lead poisoning in military housing.

The inspection program, if implemented, would begin quickly and prioritize thousands of Army post homes occupied by small children, who are most vulnerable to lead exposure. Ingesting the heavy metal can stunt brain development and cause lifelong health impacts.

The lead inspections would cost up to $386 million and target pre-1978 homes to identify deteriorating lead-based paint and leaded dust, water or soil, according to the military documents.

A draft Army Execution Order says the program's mission is to mitigate all identified lead hazards in Army post homes in the United States. In homes where dangers are detected, the Army would offer soldiers' families "temporary or permanent relocation" to housing safe from lead hazards, it says.

The Army's mobilization comes after Reuters published an investigation on August 16 describing lead paint poisoning hazards in privatized military base homes. It documented at least 1,050 small children who tested high for lead at base clinics in recent years. Their results often weren't being reported to state health authorities as required, Reuters found.

Behind the numbers were injured families, including that of a decorated Army colonel, J. Cale Brown, whose son JC was poisoned by lead while living at Fort Benning, in Georgia.

The article drew a quick response from lawmakers, with eight US senators demanding action to protect military families living in base housing.

The Army's planned response is laid out in military documents, including the draft Execution Order, minutes from a private meeting attended by top Army brass, and other materials.

One priority, detailed by Under Secretary of the Army Ryan McCarthy in an August 22 meeting, is for the military's response to counter any sense "that we ... are not taking care of children of Soldiers and are not taking appropriate action quickly enough," meeting minutes say. "The Army will remain focused on the actions to assess, inspect, and mitigate risks to Soldiers and Families," the minutes say, citing McCarthy and Vice Chief of Staff General James C. McConville.

Army spokeswoman Colonel Kathleen Turner acknowledged plans are being formulated but said no decisions have been made. "Out of an abundance of caution, we are going above and beyond current requirements to ensure the safety of our soldiers and their families who work and live on all of our installations," Turner said in a statement. "We are currently evaluating all options to address these concerns.”

Old lead-based paint becomes a poisoning hazard when it deteriorates, and poor maintenance of military base homes can leave legions at risk. About 30 percent of service families — including some 100,000 small children — live in US military housing owned and operated by private companies in business with the military.

There are nearly 100,000 homes on US Army bases, and the lead inspections are expected to focus on the approximately 40,000 built before a 1978 US ban on the sale of lead paint.

The plans depart from guidance that appeared on the Army Public Health Center's website as recently as last week, which "discouraged" lead-based paint inspections in Army homes. The website has since been updated and omits that language.

Under the plans, the documents show, the Army would:

The documents leave some questions unanswered. They don't say how long it would take to inspect all 40,000 homes. Also unclear is whether the Army has funds immediately available for the program, or would need Congressional authorization to set them aside.

The Army would ensure that the private contractors who operate base housing "are meeting their obligations" to maintain base homes, the documents say, and would require them to show compliance with lead safety standards through independent audits.

The documents do not discuss whether private housing contractors would bear any of the costs of the lead inspections, or how any repairs would be funded.

In most cases, Army post homes are now majority-owned by private real estate companies. Under their 50-year agreements with the Army, corporate landlords operating military housing agreed to control lead, asbestos, mold, and other toxic risks present in some homes, particularly historic ones.

The Army plans come as base commanders and housing contractors face a wave of complaints about potential home lead hazards, and a rush of military families seeking lead tests for their children.

Lead poisoning is preventable, and its prevalence in the United States has declined sharply in recent decades. Still, a 2016 Reuters investigation documented thousands of remaining exposure hotspots, mostly in civilian neighborhoods.

In coming weeks, Army officials plan to meet with lawmakers to address their concerns, the military documents show.